Three ways in which technology is shaping the 2016 U.S. presidential campaign 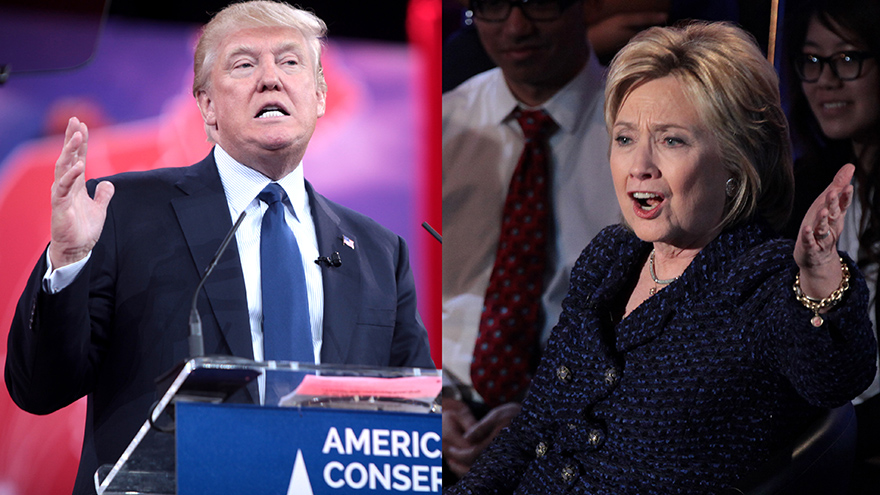 The 2016 U.S. presidential election is the most technologically advanced election in history. Both candidates have different strategies and different styles, and they are leveraging different kinds of tools but one is similar: both Hillary Clinton and Donald Trump recognise the substantial impact of technology on their race to the Oval Office and potential victory.

New technologies help to deliver tailored personalised campaign messages to the electorate, and both candidates are using a wide array of available tools. Here is a list of technological tools that are used every day by presidential candidates.

● Social media. Both Hillary Clinton and Donald Trump are reaching the public via relatively traditional social-media channels including Twitter, Facebook, YouTube, and Instagram. While Trump reaches slightly more on these channels, Clinton makes use of two digital platforms, Medium and Pinterest, that Trump does not appear to use. The use of Pinterest is praised as an especially good move, as it attracts the target demographic of women aged 25-55.

● Voter registration and reminder technologies. These technologies provide quick real-time insights about voter behaviour based on available data. Both candidates implement a targeted radius around key areas, which allows for the targeting of prospective voters based on their mobile location.

● Data access tools. Voters demand access to data, which proved to be a challenge in previous elections. In the U.S., each state has its own system of maintaining and organising electoral rolls. In 2006, the non-profit ‘data consortium’ Catalist was created to solve these issues, and it remained valid after individual campaigns. Hence, in 2016, we are able to access not only the Super PAC supporting Hillary Clinton but also the data gathered during her 2008 campaign. On the Republican side, a data visualisation company has partnered with Moonshadow Mobile to create a mobile application that gives volunteers and activists an edge when mobilizing supporters. The application informs precinct captains about which houses to visit and also allows them to send new insights back to headquarters in real-time.

● Digital spying programs and antivirus/malware protection. When Bernie Sanders was still in race, the FBI and DHS sent experts to help then candidates Donald Trump, Hillary Clinton and Bernie Sanders to take measures to protect their campaigns from digital spying. James Clapper, Director of National Intelligence, said U.S. intelligence officials claimed that foreign hackers have tried to access campaign computers this year, reviving a threat that was detected in at least two previous presidential races. This issue raised the importance of antivirus/malware protection technologies and their significance in ongoing campaigns. Recently, Wikileaks published 20,000 emails stolen from the Democratic National Committee. They reveal information such as a push by a top DNC official to use Bernie Sanders’ religious convictions against him in the South, and attempts to strong-arm media outlets.

How is technology being used in the 2016 U.S. presidential election?

The use of technology in the 2016 U.S. presidential election – beyond simply communicating policies – has focused primarily on three factors: (1) raising popularity; (2) increasing voter turnout; (3) and hacking data systems.

Both Hillary Clinton and Donald Trump have been able to establish their own effective brands. In a nutshell, this war is between Hillary and Trump, not Clinton versus Donald. Hillary has been able to leverage her femininity by nudging followers to call her by name instead of making references to another Clinton, former U.S. President Bill. Another smart move has been the hashtag #ImWithHer, aiming to represent not only Hillary Clinton but women generally.

On the other side, Donald Trump is primary identified with his surname, an Anglo-Saxon word which is often associated with cards but can be used also as ‘he trumps over Hillary’. The Trump name is associated with expensive hotels, luxury condominiums, razzmatazz and golf courses around the world. It is almost everywhere, including products such as wine and steaks.

The strategy for increasing popularity differs significantly when considering the Democratic and Republican divide.

Hillary’s strategy derives hugely from two successful Obama campaigns. For Clinton, the use of technologies is a well-thought and professional process. She develops multiple assets such as websites, emails, ads, and mobile apps and then continuously monitors performance to optimize user engagement. Hillary’s website features a call to action that encourages visitors to provide their email address and uses analytics tools to track website visitors.

Moreover, Hillary Clinton focuses hugely on voter registration and reminder technologies. It is worth mentioning that more new Latino voters have registered in the last four years than any previous period.

Although both candidates use targeted polling technology, Clinton seems to concentrate more on increasing new registered voter turnout, optimizing state win potential and electoral college performance. For the Republicans, however, Trump also represents the potential to persuade many new voters, especially those coming from white, working-class, non-evangelical and rural backgrounds.

The U.S. Presidential Campaign has suffered painfully from hackers and breaches into private data. Hackers broke into the Democratic National Committee servers, stealing private emails, opposition research and campaign correspondence. On the other side of the political campaign, fellow Republicans of Donald Trump suffered from Anonymous hack efforts. In early March, a rebellious group of hackers declared ‘total war’ on Donald Trump and soon after on March 17, the group published Trump’s Social Security and cellphone numbers. In the wake of these attacks some cybersecurity experts such as Professor Andrew Appel of Princeton, raised the question of whether hackers also could manipulate voting machines to influence outcome. This question is a valid one as securing an equal electoral process is a fundamental institutional arrangement in every democratic society, and thus this issue is one of vital national interest.

The impact of technology on U.S. Presidential Campaign is more profound and sophisticated than just these three examples. With smartphone usage projected to grow to 70 percent this year, it is safe to expect that this campaign will be the most mobile-driven presidential campaign in the history of politics, not only that of the U.S. but of the entire world.

The digital race to the Oval Office is nearing the finishing line. Irrespectively who wins though, the next race in the U.S. and potentially in other democratic countries will benefit vastly from technological advancements and creativity of Hillary and Trump.

Using technology without any reasonably balance and vision, just for emotional voters’ magnetism creates a very dangerous battle filed for future races to the Oval Office and for the next generations. This is why all political leaders as well as voters need to be aware of tech’s impact and strongly support all technological tools for good.

Mikołaj Firlej is an alumnus of the Blavatnik School of Government (MPP Class of 2015). He is currently a DPhil candidate at the Faculty of Law, University of Oxford.
Democracy and politics Technology