Three-parent IVF a step closer in the UK 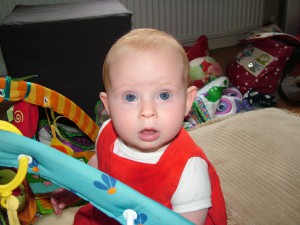 Various media, both in the UK and across the globe, are reporting that the UK government is backing the further development and use of technology to allow for embryos to be created that have 3 parents. This advance is designed to help couples where the mother carries an abnormality in the genes of her mitochondria to produce healthy, disease free offspring. It is one of many technologies now deployed in this area of having healthier children, something referred to as "procreative beneficence" by Oxford's Julian Savulescu.

This is sure to lead to many negative headlines about "playing God", "crossing lines", "slippery slopes" and "eugenics", all of which will conjure fear in  the reader. But on the other side of these arguments, what is the morality of stopping parents using technology to give their children a better chance of a healthy life?

What does this government support for this technology mean, and how has it come about? There will be a period of developing regulations now, followed by final approval before the first potential mothers and fathers are able to utilise this new path to parenthood in a few years time (assuming all goes well).

Getting to this point is a good example of the scientific and medical communities going about policy and public engagement in an intelligent way. You might compare it to the failures of the genetically modified crops technology to gain acceptance in the UK and across Europe. This time there has been strong engagement with both policy makers and the general public on this issue, and the opportunity for people to comment, with plenty of more opportunities to come. For example we see Dame Sally Davies' interview in The Guardian today where she explains both how genetic contribution from mitochondria is minor and how important it is that "we take the public with us" (http://www.guardian.co.uk/science/video/2013/jun/28/ivf-third-parent-cells-video?CMP=twt_gu).

For those of us outside science, the idea of a 3 parent child may seem very unusual. But what we are talking about here is certainly not a child with 3 equal parents, it is instead a child with 2 parents contributing almost 50% of their DNA each, plus a 3rd parent contributing the tiny amount of DNA in the mitochondria. Mitochondria are a small part of every cell in our body, and they exist to produce energy that allows us to do, well, everything we do. The fact there is DNA in the mitochondria might come as a surprise, and it has numerous implications. Although we always say we are 1/2 our mother and 1/2 our father, this isn't technically correct in terms of our DNA. We carry more genetic information from our mothers because it is from them that we derive our mitochondria. Yet I would suggest this has no real impact on our relationships with our parents. Everyone doesn't feel closer to their mothers because they got her mitochondrial DNA, and there is no reason to think this being derived from a 3rd party will have any impact on the child, except to alleviate the disease being targeted. It is worth remembering that the DNA in mitochondria is a tiny fraction of 1% of the DNA in our cells.

Earlier this year, the UK Parliamentary Office of Science and Technology (POST) put out a note on mitochondrial diseases and how we may overcome them, including the types of fertility treatments the government is now backing (http://www.parliament.uk/briefing-papers/POST-PN-431). This is well worth reading for those who are interested in more technical details.

This really is the end of this post, but I can't mention mitochondria without getting a little bit more "science nerd". I'm going to reflect on two very scientific aspects of mitochondria that don't really have implications for this policy debate, but are two of my favourite scientific stories and something I discuss with my undergraduate students.

The fact we inherit mitochondria from our mothers means we can use their DNA to trace human ancestry more easily than our main, nuclear DNA. My daughter's mitochondrial DNA comes directly from my wife, and can be traced back through her mother, to her mother's mother and so on. By contrast, my daughter's nuclear DNA is a mixture of what my parents gave my and my wife's parents gave her, and tracing it through the generations becomes very tricky. This has led to the concept of "mitochondrial Eve", the woman who lived around 100 000-200 000 years ago and from whose mitochondria every human mitochondria on the planet is now derived.

The other interesting side-story here is the question of why mitochondria even have DNA. Most of our DNA is in our nucleus, hidden away from the rest of the cell so it can do its job in peace. This nuclear DNA, coupled with our environment, dictates who we are and has been kept isolated from the rest of the cell for millions upon millions of years. So where did mitochondria get their DNA? It seems that the mitochondria themselves are not originally derived from our own cells, but are instead descended from bacteria that were engulfed and enslaved by a very distant ancestor of ours (think of something that looks like an amoeba). The DNA inside them is actually what's left over from the bacterial DNA. Most of the DNA has been lost, so all that is left is the few genes needed for the mitochondria to do their job.