Thirty years with common but differentiated responsibility, why do we need it ever more today?

This year marks 30 years since the principle of "common but differentiated responsibility" was formalised. Alumnus Yanzhu Zhang writes about the importance of this anniversary. 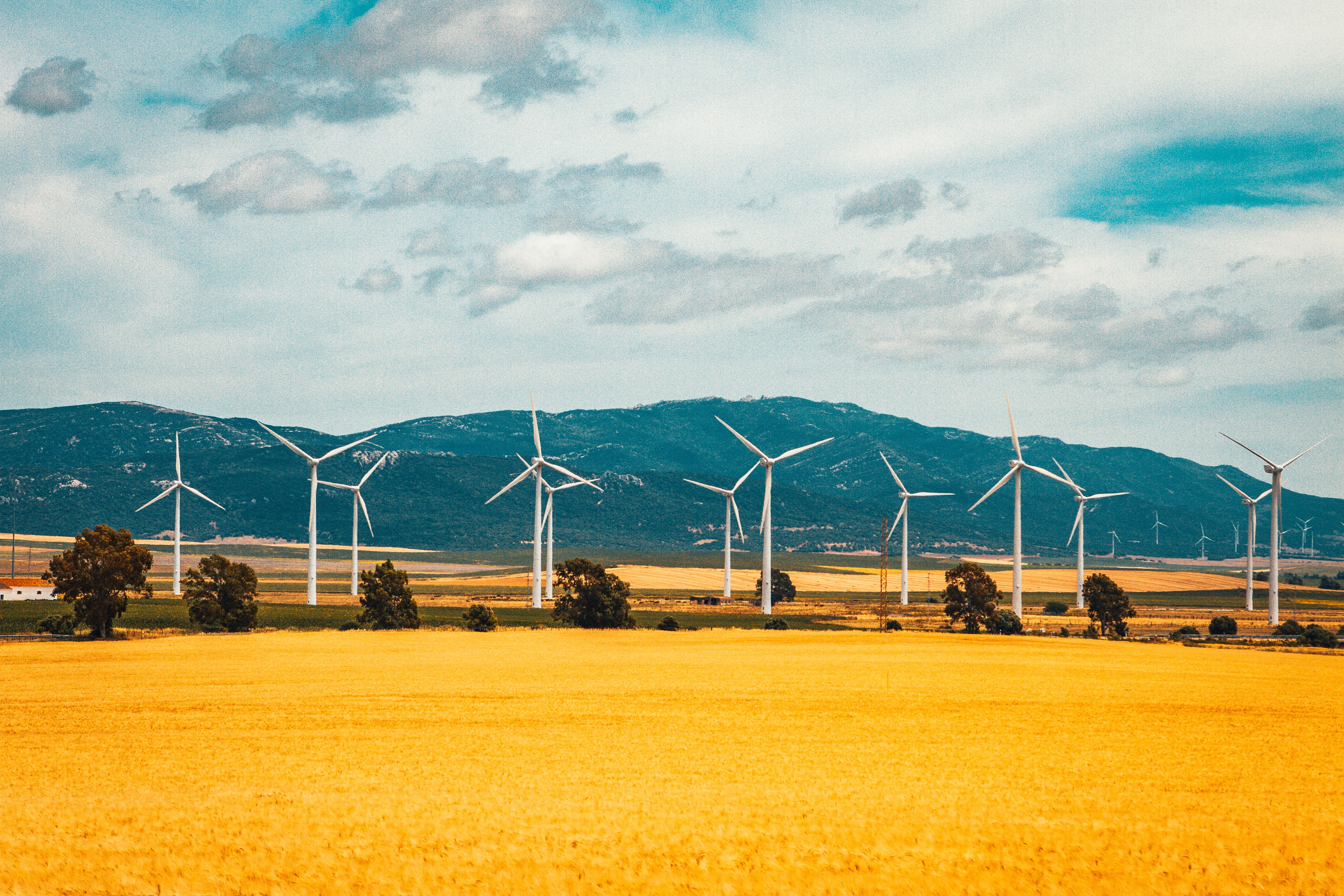 Photo by Raimond Klavins on Unsplash

The principle of “common but differentiated responsibility” (CBDR), formalised at the 1992 United Nations Conference on Environment and Development in Rio de Janeiro, is ultimately pertaining to the matter of climate justice.

Its basic meaning is first and foremost a “shared” moral responsibility between different groups of countries to address global climate change, nevertheless the proportions of such responsibility are differentiated. CBDR’s underlying concepts of fairness and equity has also been manifested in other global governance architectures than just the climate. The World Trade Organization, for example, knows the principle of “special and differential treatment” for developing and least-developed countries. The CBDR principle has gone through “ups and downs” in the past 30 years and the world has further evolved. While it is entering the fourth decade, it still remains relevant today.

Where CBDR comes from

The establishment of CBDR was the result of compromise between developed and developing countries during the international climate negotiations in the early 1990s. The fundamental question regarding the application of CBDR has always been how to distinguish between different parties, particularly for the sake of the right of carbon emission and the right for sustainable development. For long time, the application of CBDR in global climate governance system has been struggling to overcome the dichotomy of Annex I and Non-Annex I countries (Parties to the UNFCCC not listed in Annex I of the convention are mostly low-income developing countries) in the United Nations Framework Convention on Climate Change and Kyoto Protocol. There has been a transitioning towards the relatively more flexible dichotomy in terms of “developed countries” vs “developing countries” in the later Bali Action Plan, Copenhagen Accord, Cancun Agreement, and to some extent Paris Agreement. This perhaps relaxed the rigid dichotomy of naming the countries in the Annex I and Non-Annex I list while implicitly acknowledging the dynamics that some developing countries would further evolve into the developed group. Yet, the fundamental rational of dichotomy remains arguably unchanged, with regards to the levels of duties and rights.

What did manifest change and innovation in recent climate governance architecture is the means to put CBDR into application. While the previous agreements, in particular the Kyoto Protocol, adopted the top-down approach in allocating duties and rights with respect to CBDR according to the differentiation of Annex I and non-Annex I countries, the Paris Agreement opened a bottom-up approach to self-respect and self-report the differentiated responsibilities through the respective National Determined Contributions of all parties. The Paris Agreement still endorsed that “developed country Parties shall provide financial resources to assist developing country Parties with respect to both mitigation and adaptation in continuation of their existing obligations under the Convention (Article 9)” , yet giving space for other types of cooperation, such as South-South or triangular climate cooperation. This innovation is sometimes perceived as a relaxation of the rigid dichotomous differentiation into a more nuanced and flexible reflection of CBDR.

Over time of 30 years, the core political implication of the CBDR has been clarified and gradually expanded in terms of connotation, however, there are still prominent divergences in the policy domain regarding the institutionalisation of the principle and the mechanisms for its application, both at the international and domestic levels. This is arguably due to the inherent ambiguity of the concept, however, plausibly also a result of the concern over fast-growing carbon emissions from developing countries. As the carbon emission from emerging economies became significant, developed countries tended to dismiss the original dichotomy and advocated the differentiation of responsibilities between major emerging economies and other developing countries. International climate negotiations have also shown a weakened emphasis on “historical responsibility”. This is primarily due to developed countries expanded the discourse towards the “future responsibility” that has been put onto major emerging economies. This narrative is mainly in the sense that “the significantly increasing emission of major economies today would retrospectively be their historical responsibilities in the future”.

Moving from developed-developing to something different?

Emerging economies have been observed as the new cluster in the CBDR debate, among which China is particularly under the spotlight. Today, with China holding the crown of the second largest economy and the biggest emitter of CO2, more dimensions of “responsibilities” are considered: how China can be more proactive in assuming its growing responsibilities in the global response to climate change (“responsibility of reality”), how China could use its economic might to support the large number of small and medium-sized developing countries with weak coping capacities (“responsibility of a major power in South-South cooperation”), and how China could demonstrate its role of a responsible major country with climate leadership (“responsibility of leadership”). These extended dimensions of responsibility in the CBDR debate, may arguably push China to take more ambitious measures for containing global warming. They can, however, hardly be claimed as free from political calculation to shift the contradictions from the dichotomy of “developed vs developing” countries to a more complicated situation where the CBDR manifests a dynamic evolution of the proportions of responsibility from all parties. In response, China opts for adhering to the original dichotomy while examining such narratives with suspicion and alert. Yet, for China, these questions indeed deserve deliberation as the time of graduating from developing camp and becoming the biggest economy in the world is by no means too far in the future. In general, while upholding the solidarity of the global South to express the “differentiated responsibility”, emerging economies also need to address the issue of the dynamic international expectation towards their increasing responsibility in global climate governance.

Why we see CBDR as still relevant today

While disputed, the CBDR is still relevant in global climate governance today for several reasons. First, the combination of CBDR and National Determined Contributions creates a period of adaptation and inclusive participation for emerging economies and developing countries to gradually assume greater responsibility. The joint application of these two principles, especially embodied in the Paris Agreement, has eased the contradiction between developed and developing countries in the rigid dichotomous model. Under this circumstance, while developed economies assume their respective responsibilities, emerging economies and other developing countries can set reduction targets in the light of their national circumstances. Governments of emerging economies, arguably exempted from being accused of “succumbing to pressure from developed countries”, can now voluntarily interpret the principle to showcase the idea that developing countries are morally and consciously equal to developed countries to set self-defined climate ambitions and take strong actions to contain greenhouse gas emissions.

Second, the economic consequences of the COVID-19 and the Russian-Ukrainian war to developing countries are underlining the leading role of high-income countries. The global economy is now facing distress from both challenges. Albeit most countries suffer economic losses, developing countries, including emerging economies, bear the greater brunt. They have to deal with greater pressure of maintaining economic growth, food and energy supply, and humanitarian crises. Against this backdrop, countries are actually becoming increasingly unequal in terms of structural economic power, hence it is hard to expect developing countries to spend more financial resources on adaptation and mitigation of climate change. It is, therefore, even more urgent to stress the responsibilities of more developed countries to honour their commitments and provide more money to support lower income countries where the human development levels are stalling or sliding.

Third, the CBDR is practically useful for the United States (US) and China, who are the two largest emitters. The US and China, to certain extent as defined by the Biden administration, are now experiencing “intense competition”. Although the two actors share divergences in numerous aspects, they agree on the significance of tackling climate change. In their joint declaration on enhancing climate action in the 2020s released in November 2021, which surprised the world, the CBDR principle was emphasised. Such principle, acknowledged by both the US and China, constitutes the foundation of their cooperation on climate change. The original contradictory nature as of the dichotomy of countries from the CBDR is significantly softened by both countries. CBDR in this context should be appreciated as the binding force of global climate ambitions.

While developing countries have recently reiterated the CBDR in the face of policies perceived as unilateral, such as the carbon border adjustment mechanism, and called for true multilateralism, it is noteworthy that CBDR has also been applied outside of the traditional multilateral process, namely “CBDR beyond the national state” in the transnational climate actions. Analysis has shown that transnational climate governance (TCG) initiatives that involve high costs or large benefits to their participants would particularly need a differentiated treatment approach. It is vital to level the playing field for their members by providing differentiated treatment in a pragmatic way. We argue, the value of respecting CBDR would be on one hand encouraging more non-state actors in developing countries to join the TCG initiatives, on the other hand enable non-state actors from developed countries to gain responsible and reputable image for them to access developing countries and carry out joint climate actions.

Yanzhu Zhang is an alumnus of the Blavatnik School of Government (MPP 2015). He is a senior programme manager at Foreign Environmental Cooperation Center, Ministry of Ecology and Environment of China, and currently a visiting researcher in German Development Institute while holding the German Chancellor Fellowship from the Alexander von Humboldt Foundation.

This article was co-written with Chao Zhang (political scientist and assistant professor at Institute of European Studies, Chinese Academy of Social Sciences) and originally published by the German Development Institute.