The ‘tech’tonic plates begin to shift 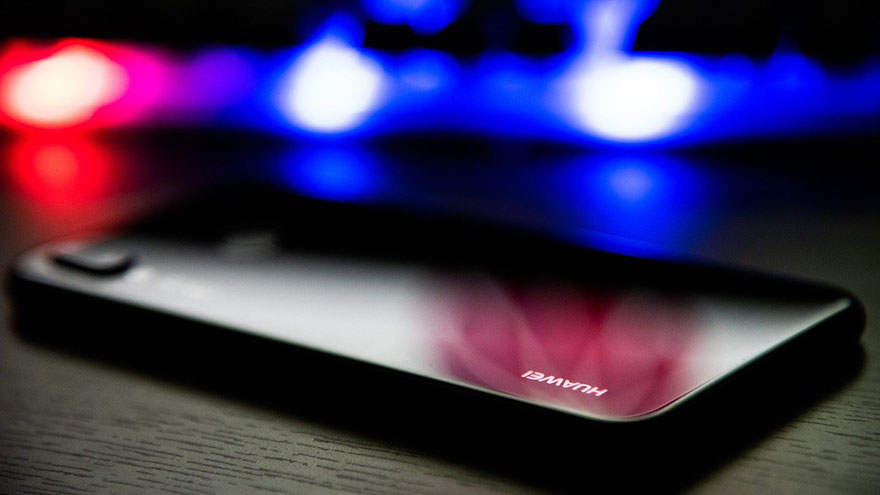 Russia is back with a bang this month in the great game of cyber competition. The SolarWinds supply chain compromise, which counts among its confirmed victims some of the most important institutions in the US government and one of America’s best cyber security companies, will go down in history as one of most impactful cyber campaigns ever carried out against the West.

But all the same, it is just espionage. What Russia has done is as old as the Internet; why they’ve done it is as old as statecraft. Russia is cleverly exploiting weaknesses in America’s technology (something other hostile states like Iran and North Korea and of course China have done, less capably, but sometimes with significant impact). If there was such a thing as a Digital Geneva Convention, this incident would not have violated it.


But amidst all the noise, it is worth remembering the dictum most recently articulated by Ken McCallum, the newish and hugely impressive head of MI5, that Russia is severe bad weather, but China is the climate. This is particularly true of geopolitical competition in technology.


The artificial, human-invented ‘climate’ of cyberspace was largely created by the American private sector. Russian activity within it constitutes some very bad weather this month. But Russia does not have the capability to change the technological climate.


China does, and it’s trying to.


This is fairly recent. The Chinese regime started this century terrified of technology. The new mechanisms for massive scale, uncensored expression constituted an existential threat to the authoritarians in Beijing. But the Chinese government soon mastered the new technology, not only squashing the threat from it but harnessing it as a terrifying tool of internal control of its own citizens and repression of its minorities.


It is now going beyond even that. Published in 2015, the Made in China 2025 strategy articulates a vision, backed by long-term planning and huge state subsidies, to establish China as a world leader in many of the key technologies of the future.


Western powers have begun slowly to realise the extent of this challenge. But that’s not the same thing as starting to contest it. Indeed, it is only in the second half of the Trump term that serious pushback began. And whilst the very fact of that pushback has galvanised much of the West, the content of it has been haphazard, unilateral, and probably counterproductive.


What the US has actually done has been quite narrow. It has focussed on restricting the access of specific, high-profile Chinese tech companies – principally Huawei and the social media company TikTok – to the American and other Western markets. In the case of Huawei, that’s involved crippling it with sanctions.


First, it assumes that China cares at a strategic level about individual tech companies. It manifestly doesn’t. Beijing’s abhorrent response to the Meng arrest – including incarcerating innocent Canadians in China – destroyed Huawei’s hitherto buoyant commercial and political prospects in Canada. To Beijing, screwing Huawei was a price worth paying to teach Ottawa a lesson. The regime has not lifted a finger to help TikTok, a company it has always treated with suspicion. And perhaps most revealingly of all, its sudden cancellation of AliBaba’s IPO reminds us that the regime, first and foremost, will never want any company to become so important that its leaders have to accommodate it. No Chinese tech company is too big to fail.


Second, the US response focuses on stopping China selling to the West. Beijing no doubt welcomes when its companies sell well in the West, and will be happy to exploit any leverage it may give it. But this is only a peripheral objective in Beijing’s strategy. The primary objective is that China develops the best tech so that is the world’s leading economy and most advanced nation. Therefore, if China can have better 5G than the West, that’s fine by Beijing, even if ZTE get kicked out of southern European markets or Huawei isn’t allowed to build base stations in the UK.


What the Trump administration has not done is try to ensure it wins an innovation competition with China. In a way that is strikingly at odds with American history, it has focused on sanctioning China rather than on its own development. With the unique perspective of a Beijing resident, American educated, former Canadian Army cadet and technical expert, the writer and technologist Dan Wang has pointed out that “the US responded to the rise of the USSR and Japan by focusing on innovation; it’s early days, but so far the US is responding to the technological rise of China mostly by kneecapping its leading firms”.


The sanctions against Huawei not just hurt the company in the West but, by ending its ability to source American supplies, also damages its ability to power China’s technological advancement. But what lesson will Beijing draw from this? That this must never happen again: China must break free of any reliance on Western technology and rely entirely on its own. To quote Dan Wang again, “instead of realising its own Sputnik moment, the US is triggering one in China”.


So the challenge for the incoming Biden administration is to realise that this is a Sputnik moment for the whole of the West. Where should they look?


The European Union is the great enigma of the technological age. Somehow, Europe has managed to oversee the growth of a market of half a billion wealthy Internet users but failed to develop much of a technology base of its own (beyond the key Huawei competitors of Nokia and Ericsson). Its communications service providers, somewhat extraordinarily, have had a miserable two decades. The Union constantly talks of technological sovereignty, and indeed has committed to this again in its mostly impressive cyber security strategy this month; however it has provided no details of how it sees this concept, or how it intends to achieve it. The one area where the EU has become a tech superpower is in regulation. But that’s been focussed on regulating US companies, even as the EU has become much warier of China.


So it is not hard to see how that is unappealing even to a Biden administration as it looks for partners. It may therefore be tempted to look at some of the alternative options. But are there any? It is all too easy to call for a ‘Five Eyes alternative’ to Chinese technology. And the UK government has floated the idea of a ‘D10’ group of democracies, with the G7 beyond joined by India, South Korea and Australia.


These ideas are beguiling. They could easily agree statements of intent. But this wouldn’t change the underlying reality. Ultimately, this ‘climate’ is about markets. And this is where it gets much, much harder.


The solution relies on reshaping dysfunctional markets to compete against a nation with one and a half billion potential consumers, deep pockets for subsidies, and no democratic accountability. Countering China requires a long-term, technically authoritative, well-funded, carefully regulated and properly incentivised strategy.


The Five Eyes is a very powerful intelligence sharing alliance, but that’s all: it is not an economic bloc. It has no mechanisms for, and no history of, coordinated economic and commercial activity even between such likeminded countries. A new D-10 would have to agree a common approach to commercial activity in crucial areas of technology across Washington, Berlin, Tokyo and New Delhi, amongst others. There are numerous, obvious problems here: to pick one, Berlin – and indeed Paris – will work within the EU rules. For sure, economies like Japan, the UK and India will have important roles to play. But they are not configured to act collectively and cannot by themselves reshape global tech.


For all its tech troubles, the EU is the only readily available partner of sufficient scale for the Biden administration. This would mark a new departure for both: as the former senior MEP Marietje Schaake, now of Stanford University, said recently, “the force of a US-EU alliance for democratic technology governance is largely untapped”. But this may be changing. The US is taking finally addressing some of its own tech market problems. The EU is realising that Silicon Valley is not actually as bad as totalitarian technology. Both sides are actively talking about a genuine transatlantic technological partnership. And the discussion is – rightly – about incentivising western innovation, not yet more potentially counterproductive sanctions against Chinese companies. An EU paper earlier this month could prove to be hugely significant.


We are only just starting out, but a Biden-Brussels alliance is likely the best hope to secure the next generation of free and open technology.


Author’s note: This is a summary based on a lecture given to the University of Oxford’s Department of International Relations on 2 December, and updated following recent events. A fuller version will be published in January as part of the Blavatnik School’s Digital Pathways series.


Ciaran Martin is Professor of Practice in the Management of Public Organisations at the Blavatnik School. Prior to joining the School, Ciaran was the founding Chief Executive of the National Cyber Security Centre, part of GCHQ.