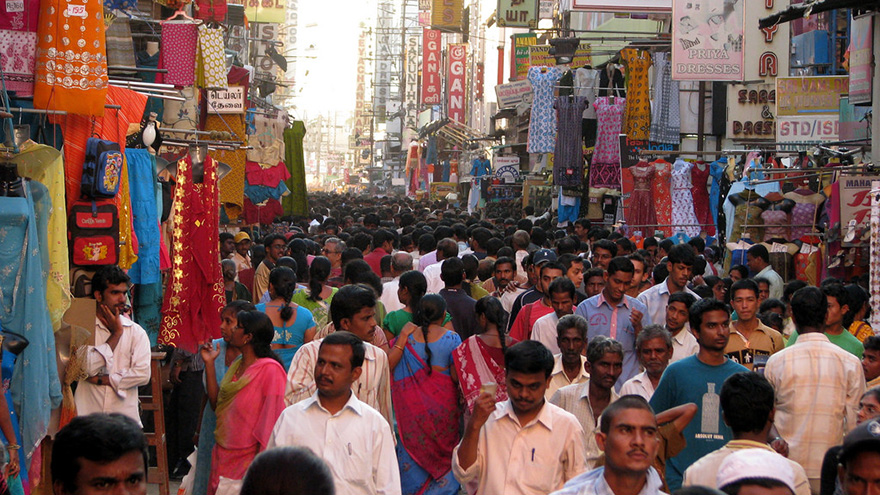 Human beings, as individuals and collectives, take a lot of pride in their identities. It makes them part of a larger whole, a cultural and historical richness evolving over centuries. But, the narrative of identity has also been the dominant discourse in politics. It is a powerful tool to create following and legitimize power.

The funny thing about identity is that it is a constantly-moving prism. One could be identified by their nationality, gender, ethnicity, race, age, income, caste, sexual orientation, profession, even hobbies and food preferences! There is no end to the number of ways one can describe oneself. Moreover, parts of our identities are also subject to change – someone poor today could be rich tomorrow! Isn’t it paradoxical that something that is so dynamic is used again and again as a static line to divide people?
Understanding and accepting this fact about identity is at the crux of building a cohesive and diverse society. Even the most homogeneous societies are fantastically diverse, and no government can be truly doing its job without acknowledging these intersections.

Strong political will and leadership

It starts at the top. Political leaders need to send out clear messages that not only accept and encourage diversity, but also silence interest groups that divide and disrespect. It is a sad fact of our world today that such groups usually have numbers and power, and it will take strong and exemplary leadership to tackle these challenges head on. Governments should make the process of decision-making consultative, and go beyond the dominant markers of identity (such as religion, caste, gender etc.) to accommodate nuanced pluralities. With more access to technology and innovation, governments of the future may be able to truly listen to people (social media is showing early signs of this) and slowly do away with mediators and middlemen, who are often driven by vested interests and self-preservation.

Governments should strive to achieve fairness in both process and outcome. In a truly cohesive and diverse society, everyone should have equal access to opportunities and an equal chance to succeed. Policy should be framed with the least well-off in mind – can a child from a low-income family apply to every school, can a person with special needs access a place of work, can a senior citizen cross the street safely? This is an expensive process, and results will be painfully slow. But a lesser alternative will fail the mission.

If everyone had equal opportunity and means to succeed, institutions would be as diverse as the societies they serve. But till that dream comes true, institutions should ensure that they are representative. Policy should ensure that schools, colleges, legislature, government, courts, bureaucracy, private sector companies, and non-profits should punish discrimination, and create role models who are celebrated for their multi-dimensional identities. A woman astronaut or a gay CEO are great role models, but it is important that the world knows them for their hard work and competence and successful track record.

The world is constantly changing. Large-scale migration is changing the demographic compositions of societies; changing values are demystifying taboos; economic levers are rewriting rules of work; and globalization and the internet have dramatically increased access to products and services. All of these reorganize the way we understand diversity. Governments should be awake to such changes and respond quickly. Unfortunately, governments are the last ones to catch on to anything trending, and this undermines their credibility. Leaders and bureaucrats should take steps to get the pulse of the people, and to frame policies that are inclusive and representative even in the face of knee-jerk reactions by interest groups.

Thanks to civil rights movements, people’s uprisings, and relentless advocacy, the world today is a more equal place than it was. But this progress is under threat. Wars, economic crises and scarce resources have led to a resurgence of groupings. The “us Vs them” narrative is strident again, and governments have the most important role to play in undoing this discourse and building cohesive societies that will not use identity as an instrument of harm, but instead celebrate it for its diversity.

Santanu Bhattacharya is a current student of the Master of Public Policy and has worked extensively on community engagement, youth leadership, education and private sector philanthropy in South and South-East Asia.

The Challenges of Government Conference 2016 takes place at the Blavatnik School of Government on 19-20 May. The panel discussion on “How to build diverse and cohesive societies” takes place on Thursday, 19 May at 10:50 (UK time) and will be livestreamed on YouTube.