Social-democrats are the response to populists and Trumpists 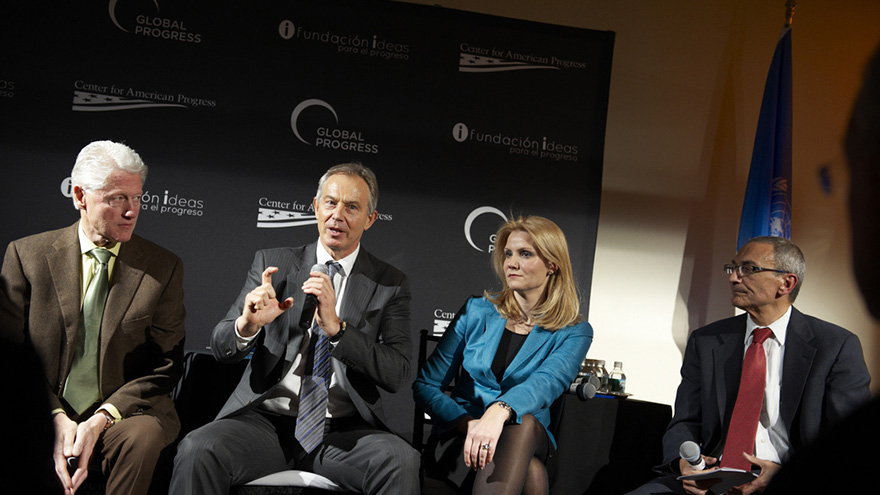 Recent events such as Brexit and the election of Donald Trump have proven one thing (among many); that “the people” are fed up with traditional partisan politics. The uninspiring administration of the status quo by governments has been penalised, and shallow and easy answers have been elected. Because of their moderate heritage of making pragmatic choices, and standing down from ideological catfights, social-democratic parties are the natural answer to the people’s critique.

Since the end of WWII globalisation has spread around the world and become stronger and faster. It is therefore no surprise that today’s social stratification is the result of this; with many that profit from cheaper labour and international integration on the one side, and many left with low-paid jobs and little future prospects on the other.

It’s in these times that politics and politicians need to supply security and prosperity for all layers of society, and political parties must provide the answers.

Rise of the populists

The rising strength of populist parties around Europe give an impression of a continent looking for simple solutions. Populists are well-known for providing simple answers to complex and difficult questions. When Alternative für Deutschland today calls for a full halt of migration to Germany, even for forced migrants such as refugees, they plead an easy case, disregarding the fact that most European countries have agreed upon the Geneva convention, which makes it a legal obligation to not turn away refugees.

At the same time France’s Front National argues that everything will be better if the country follows just a few simple steps: away with the EU and the Euro, out of NATO, strong border-controls and no Muslim migration to France, boiling down the hard questions of our time – financial, environmental, humanitarian, economic, – to simple solutions.

Opposed to this demand for change, is an established form of politics: “the establishment”, be it red or blue, that has governed most of the western European countries for decades and decades. Solutions to evolving political problems are less innovative, growing out of old and rusty political institutions, and voters from both sides of the aisle become frustrated and dissatisfied with their government’s performance. While “business as usual” might be a symbol of stability in opposition to the often radical demands of the populists, for too many it’s also frustratingly slow, dissatisfying and plainly boring. Governments all over Europe lack the ability to take their peoples – not just their party-members – aboard and create much-needed uniting policies.

There is an argument that the real challenge for governments today is that established political parties have become too aligned with one another, and that the lack of ideological difference is really putting people off politics. I’d argue that the opposite is the case. Yes, major political parties have become more alike – we see that in Germany where Angela Merkel’s conservatives have incorporated most of the social-democratic agenda. And while that might make differences between various parties blurry, at the same time it contributes to compromise within societies. Broad coalitions become possible, and political reforms take into account the widest possible section of society. In that way, policy is built to outlast single legislative period and narrow partisan interest.

Conservative and centre-right governments throughout modern western history have shown time and time again that while they talk a great deal about uniting countries and societies, their policies have the opposite effect. The market-fundamentalism of governments such as those from Reagan or Thatcher have alienated societies and split them into rich and poor and while many of their failures have been mitigated by now; the detrimental impact on society is still haunting and dividing us today.

Social-democratic parties all over Europe, with their historical baggage and centre-leftist approach have the preconditions to broker the compromises that our polarised societies need.

Coming from the old-ages where Marxism and communism were in stark opposition to society’s foundational values and workings, social-democrats began to realise that revolution and the overthrow of societal order was not a pathway to success and a new society. Grounded in rationality, they started a change of strategy; instead of insisting on changing the whole society by a violent revolution, they settled for something that seemed much more successful: slow and incremental change applied by becoming part of the democratic process.

Social-democrats started to learn how to argue for their case, and the most successful of them saw when they could make even the slightest improvement in order to change society in their favour.

It is this form of historically built pragmatism, the will to compromise with society in general and other political organisations, that has led social-democrats to become some of the most influential politicians in modern European history. The most successful social-democratic politicians have been the best at realising that compromise, not vehement ideology, is the real strength in politics.

And while we can disagree with them, German chancellors such as Helmut Schmidt or Gerhard Schröder, Danish prime ministers such as Anker Jørgensen or Helle Thorning-Schmidt, and Tony Blair in Britain have left lasting legacies. This is not specifically relating to their political conviction, but to the fact that they agreed to compromises they knew were in the interest of the whole nation, instead of their party and voters alone.

Demands for now and the future

While social-democratic parties have the ability to provide the answers of the future, they must accept that the popular demand for “something new” also applies to them. Centre-left parties in Europe should not stick to  prior successes and the same old characters: they need to adapt, change people, communications and institutions, and live up to the wants and needs of people in the 21st century.

In the end, social-democratic parties have done this before, and they know how to bring polarised societies together again, developing policies that can lead the way to a better future. In order to reconcile societies we need political leadership that takes seriously the real concerns of the losers of globalisation and the shrinking middle class. It’s exactly this that the social-democrats should be capable of bridging. It is time for them to step up to the challenge.

Lukas A. Lausen is currently studying for an MPP at the Blavatnik School of Government and is President of the Danish Foreign Policy Society U35.
Democracy and politics Global cooperation