Sexual violence and justice in Liberia 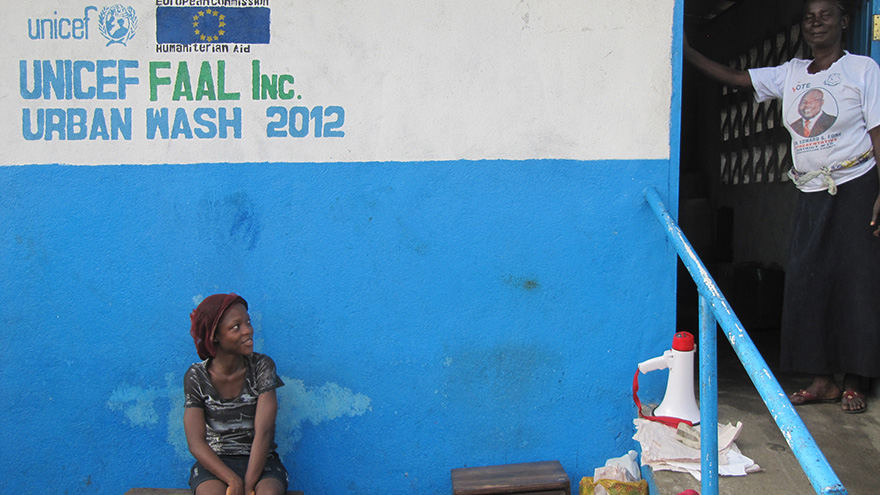 Martha’s daughter was only 12 years old when a group of men raped her in Monrovia, the capital of Liberia. The police arrested one of the attackers, but did not refer the case for prosecution – an outcome that, Martha believes, had a lot to do with her inability to pay the unauthorized “processing fee” that some police officers impose on rape victims and their families.

Martha’s story is far from unique. In fact, most victims of rape and domestic violence in Liberia struggle to get justice. And with the United Nations Mission in Liberia (UNMIL) winding down, the situation may be about to get even worse.

When UNMIL was initiated in 2003, Liberia had just emerged from a brutal 14-year civil war, during which physical and sexual violence against women was rampant. Over the last 13 years, the mission has played a key role in preserving peace, supporting reconstruction, and advancing critical social goals, including improving women’s access to justice. Support from UNMIL and other international partners enabled the Liberian government to establish several specialized criminal justice agencies, including the Women and Children Protection Section of the Liberian National Police (LNP) and a court dedicated to prosecuting sex crimes.

But the continued prevalence of cases like that of Martha’s daughter shows that Liberia still has a long way to go. As it stands, victims of rape and domestic violence in the country are often blamed for the brutality they have endured, and face intense social pressure to settle cases, instead of pursuing them to trial. But even victims willing to defy convention face high barriers to prosecution.

For one thing, police officers often lack the resources or incentive to do their jobs properly. Low salaries – about $160 per month – weaken motivation and encourage corruption; reports of officers colluding with rapists and other offenders for personal gain abound. Moreover, despite support from the UN and international donors, police officers often lack basic supplies, including vehicles to get to crime scenes and even notebooks to record complaints. And specialized units for handling rape cases have not been established throughout the country, meaning that for some victims, no such unit is accessible.

Even when the police have investigated cases and referred them to the courts, prosecution has proceeded at a glacial pace or has not occurred at all. Again, a lack of sufficient resources bears much of the blame.
Given the numerous barriers to justice that victims of rape and domestic violence continue to face, further progress in protecting girls and women should be a priority for Liberia’s government, which assumed full responsibility for the country’s security on June 30. But other security challenges – including the presence of mercenaries on the Liberian-Ivorian border, a rise in mob justice, and the potential for unrest tied to next year’s presidential election – risk overshadowing the issue. To ensure that it does not fall by the wayside, the Liberian government and its partners at the UN and other donor agencies must act now.

The government should begin by establishing specialized criminal justice agencies in the areas where they do not currently exist. It must also improve conditions for the police, including by giving them the tools and equipment they need to do their jobs. The key to building more successful criminal justice institutions is local ownership.

For the UN and Liberia’s other international partners, the imperative in this interim period is to increase support for agencies promoting justice for victims of rape and domestic violence. In particular, donors should focus on building the capacity of police officers and court officials, while supporting the government’s efforts to provide the infrastructure and equipment needed to enforce the law. They should also work to build the capacity of women’s organizations to hold the government to account by monitoring the LNP and the courts.

Over the last 13 years, Liberia has made considerable progress, including in the protection of women’s rights. But, with the process far from complete, the country cannot afford to relax its efforts. Only with the strong commitment of the national government and its international partners, backed by genuine action, can girls and women in Liberia avoid the fate of Martha’s daughter.

Peace A. Medie is an Oxford-Princeton Global Leaders Fellow based at University College, Oxford and the Blavatnik School of Government. She is also a research fellow at the Legon Center for International Affairs and Diplomacy (LECIAD) at the University of Ghana.