Russia and ‘Zapad-2017’: show of force or ground for another offensive? 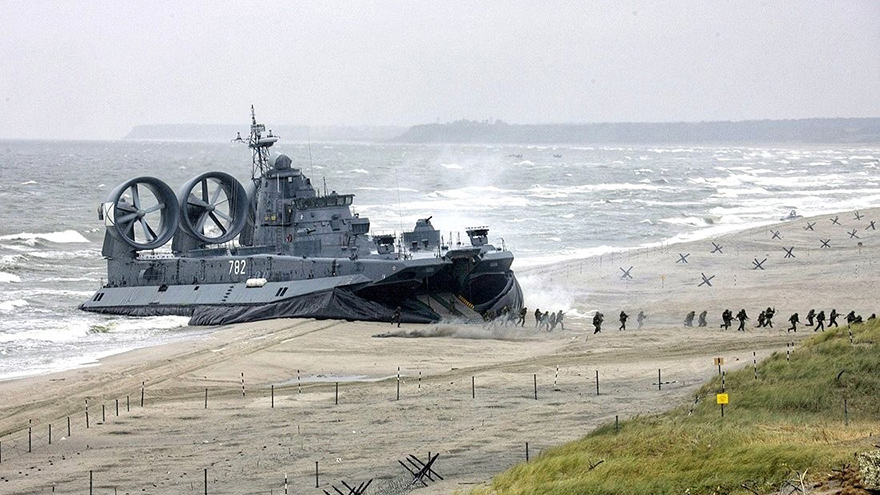 Russia is preparing to hold a quadrennial military exercise called ‘Zapad’ (which translates as the West) between September 14th and 20th on the territory of Western Russia, Russian exclave Kaliningrad and Belarus. Current tensions with the West add up to the salience of the upcoming drills, which according to NATO allies, will be one of the largest since the Cold War. Although the risk of open confrontation is low, Zapad-2017 can become the next milestone of deteriorating Russia-NATO relations, introducing new security threats and uncertainty to the region.

Lack of transparency on the Russian side makes it hard to estimate the number of troops which will participate in the exercise, and is therefore a source of disturbance among NATO members. While the official number stands at 12,700 soldiers, NATO allies claim that up to 100,000 military and civilian personnel may be involved. NATO also expressed concerns about the possible participation of the First Guards Tank Army, which according to US General Hodges, is a sign of offensive intentions. It is for this reason that the US plan to send 600 paratroopers to the Baltic countries during the exercise and delay rotation of their battle group in Poland. Russia denies all claims suggesting that Zapad-2017 is nothing more than a mere military exercise. Instead, it blames NATO for being the perpetrator of mounting tensions, also because of the increase in NATO's military capabilities on Russia's borders.

Zapad-2017 raises the issue of the true intention of military drills – whether this is a mere demonstration of Russian military power or pursuance of more concrete goals. In the past Russia disguised its offensive plans under similar military exercises. Both – the occupation of Georgian territories in 2008 and annexation of Crimea in 2014 – happened following the deployment of troops under the pretext of such drills. Although a similar operation may raise the popularity rate of president Putin before 2018 elections, a full swing war with NATO member states seems unlikely. The cost of such a scenario will be too high for Russia to bear, for two reasons. Firstly, Russia is already engaged in other conflicts to which it has devoted considerable resources. Secondly, it needs to recover its contracting economy by accessing Western capital markets and attracting foreign direct investment, and confrontation with NATO would not help.

Nonetheless, Zapad-2017 may have far reaching implications for the security of the region. Firstly, there is a possibility that Russian troops, or a part of them, will remain in Belarus after the military drills. Although Belarus currently pursues the course of improving relations with the West and does not need any tensions with NATO neighbours, its isolation and its military alliance with Russia does not leave much discretion to go against the strategic decisions of Moscow. Zapad-2017 can also be viewed as a reassertion of Russian influence in Belarus, responding to periodically thorny relations between the two allies. It will also demonstrate the preparedness for joint action in case of confrontation with NATO.

Secondly, Zapad-2017 and its potential aftermath will put the Baltic states and Poland on high alert, raising concerns that their current protection level by NATO is insufficient. In the event of confrontation, NATO will need to pull its military either to the Baltic region or Poland, as current resources are insufficient to cover both areas in such a short timeframe. If its troops are to remain in Belarus, Russia will be able to keep NATO’s eastern flank in check, and better assess the alliance’s military readiness and capabilities. More importantly, Russia can pose a threat to the Suwalki Gap – the border line between Poland and Lithuania which provides the only physical land connection between the Baltic countries and the rest of NATO, and separates Belarus from Russian exclave Kaliningrad. It is no coincidence that earlier this summer NATO allies held military drills for the first time to defend the Suwalki Gap in case of invasion. Russia may also set into motion hybrid provocations, at which it is notoriously adept, particularly in Estonia and Latvia, where a quarter of the population is of Russian ethnicity. All these threats will force NATO to enhance the protection of its members, contributing to further uncertainty in the region.

Thirdly, Russia will gain a strategically and militarily advantageous position for posing a security threat to Ukraine from the north, if circumstances so require.

Thus, although Zapad-2017 is unlikely to translate into military confrontation, it will surely heighten tensions and present new security unpredictability in the region. If the Russian military remain in Belarus after the drills, it would be able to exercise its offensive potential more readily and easily, prodding NATO to increase its military capabilities. This would keep tensions high, and could bring the region a step closer to actual confrontation.

Farid Osmanov is an alumnus of the Blavatnik School of Government (MPP Class of 2016).
Conflict and stability Global cooperation