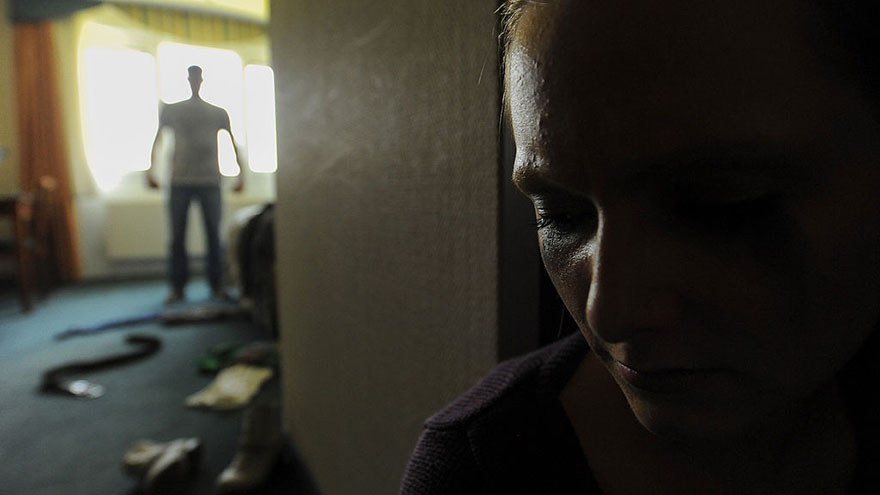 After years of abuse, Nina left her husband. Yet she was not safe. Wherever she moved, her husband would look for her. One time, Nina noticed men taking pictures of her children around her house. She was being stalked. Worried, she filed a police report, but she was not given protection. Soon after, while leaving work, Nina was attacked by two men – acquaintances of her ex-husband. They slashed her with a machete, scarring her cheek and cutting off her thumb.

Had Nina received protection after she had been stalked, the gruesome attack might have been prevented. Unfortunately for Nina, and thousands of Malaysians like her, stalking is not a crime in Malaysia.

In October last year the Minister of Women, Family and Community Development, Dato’ Sri Rohani Abdul Karim, made a welcome pledge: the Domestic Violence Act (1994) (“DVA”) will be amended early this year. Positively, the Minister suggested that, among the amendments, stalking may be criminalised. However – with the next Parliamentary session just two weeks away – nothing is guaranteed. Discussions on whether or not to recognise stalking in the DVA are still ongoing.

It is crucial that the stalking amendment is not dropped. We urgently need laws to protect against stalking, especially in domestic violence cases. Stalking is widespread in Malaysia, stalking is harmful, and current laws are inadequate.


Nina’s experience is not isolated. Stalking is a common form of domestic violence. We do not have data on the prevalence of stalking by intimate partners in Malaysia, but we can make an educated estimate.

A Universiti Sains Malaysia study estimated that nine out of every hundred ever-partnered women in Peninsular Malaysia have experienced domestic violence in their lifetime. Extrapolating to the whole country, that’s roughly 900,000 women.

It is conceivable then, that of the estimated 900,000 Malaysian women who have experienced domestic violence, 26% to 33% were stalked by their abusive partner – around a quarter million women. And that doesn’t include children, men, and never-partnered women.


Stalking causes harm and is indicative of worse. The Joint Action Group for Gender Equality (JAG), a coalition of Malaysia women’s rights groups, has highlighted the evidence in various memorandums to the government since 2005.

Stalking is harmful in itself. A review of more than 20 publications on stalking (by Abrams and Robinson, in the Canadian Journal of Psychiatry in 1998) concluded that it “can cause major mental health consequences,” including “anxiety, depression, guilt, helplessness, and symptoms of post-traumatic stress disorder.”

Stalking can also be indicative of more severe abuse. A 2012 study by the U.S. National Institute of Justice concluded that an abuser who stalks his intimate partner is likely to be “more controlling and physically and sexually violent”, compared to abusers who do not stalk.

Stalking also often precedes murder of a woman by an intimate partner. McFarlane, et al. (in a 1999 article in Homicide Studies) found that around 90% of murder or attempted murder victims (in domestic violence cases) in Canada and the United States had earlier been stalked by the violent partner.


Malaysia’s Domestic Violence Act (1994) (“DVA”) offers some form of protection against stalking through at least two avenues, both of them inadequate.

One avenue is the protection order (PO), which can prohibit the accused person from, among others, “going near any protected person” and instruct the accused person to “avoid making communication by any means with any protected person”. However, the PO often cannot protect against stalking. Firstly, a victim can only apply for a PO if the domestic violence case goes to court; most cases end during police investigations. Moreover, the court may choose not to include in the PO the specific orders protecting against stalking. Lastly, the PO is only valid for a maximum of 12 months, and can only be renewed once.


Stalking is not explicitly listed as an offence in the Penal Code. This raises a problem, as the DVA does not create new offences; rather, it simply states how existing offences in the Penal Code must be dealt with in domestic violence situations.

The obvious solution is to amend the Penal Code to criminalise stalking. However, this is more challenging than amending the DVA. An amendment to the Penal Code would likely not just involve stalking, but also other – perhaps more technically or politically uncertain – amendments.

Lawmakers could thus decide to drop stalking from the DVA amendments, until the Penal Code is amended accordingly in the future. Instead, it would be better to include stalking in the upcoming DVA amendments for two reasons:
Firstly, while the Penal Code does not criminalise stalking comprehensively, it does criminalise various acts that are associated with some (limited) elements of stalking. So, including stalking in the DVA now will at least ensure that these (limited) elements of stalking are protected against in domestic violence situations sooner rather than later.

Secondly, there is currently momentum to reform the DVA. There is no guarantee that – when the Penal Code is eventually amended – the DVA will be again amended, to include stalking.

Additionally, the term “stalking” need not be in the Penal Code for the DVA to recognise it. “Psychological abuse” is recognised in the DVA, while the Penal Code uses different terms to describe the offence.

Stalking should be recognised as a form of domestic violence when the DVA is amended this year. The Penal Code should also be amended as soon as possible to criminalise stalking. Criminalising stalking is clearly feasible. Stalking is a crime in countries such as Singapore, Philippines, United Kingdom, India, and Canada, among others. In the United States, all 50 states, the District of Columbia, and the Federal government criminalise stalking.

Of course, laws alone are not sufficient. Enforcement agencies must be supported with sufficient resources, training, and oversight. Nonetheless, amending the law is a necessary first step, which will better equip enforcement agencies to protect survivors and send a clear signal to society that stalking is wrong. All Malaysians against abuse should support amending the DVA to protect against stalking.

Nina (not her real name) generously shared her story in the 2013 documentary “Survivors Speak Up - Domestic Violence in Malaysia”, which can be viewed on Women’s Aid Organisation’s YouTube page.

This article originally appeared in the Malay Mail Online on 22 February 2017.

Yu Ren Chung is an alumnus of the Blavatnik School of Government (MPP Class of 2015). He is a Malaysian human rights activist and public policy professional. Follow him on Twitter @renchung.
Law Inclusion