Promoting trade and investment in times of uncertainty 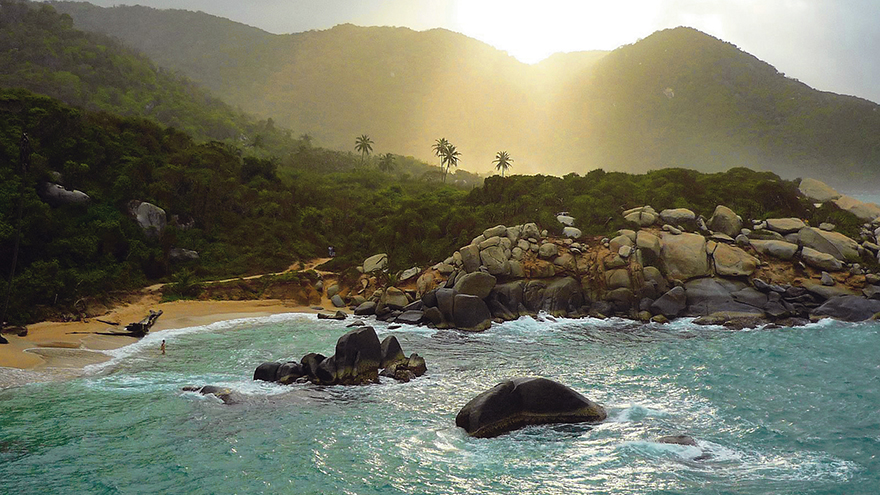 The coronavirus pandemic has disrupted many aspects of our
lives and has affected hundreds of economies around the world. The Bank
of England announced last week that the UK will probably be hit by one of
the worst recessions in the last 300 years (with the crisis wiping  out 14 per cent of its GDP). Latin America,
according to the UN’s economic commission in the region, will
also be severely hit, with countries such as Brazil, Mexico and Argentina expected
to see their GDPs cut by more than 5 per cent. The economy of Colombia – my
home country and one of the best performing economies in the region – will possibly
shrink by 2.6 per cent, according to the same source.

As we have heard time and time again, this pandemic will transform
purchase and consumption behaviours in ways we can’t yet imagine.
Supply chains are being massively affected. We have all faced the disheartening
experience of visiting supermarkets several times a week to find that products
such as flour, pasta or eggs are simply not reaching the shelves fast enough to
meet demand. In fact, according to the WTO, lockdown restrictions could reduce world
trade by up to one third.


Promoting international trade, foreign direct investment,
and tourism in such a context has not been an easy task. This is the mission of
ProColombia, the Colombian government’s
agency that I work for and which I represent in the UK as well as in in Ireland
and the Nordic countries. Our job is to promote Colombia’s exports, entice
foreign investors to set up their operations in our country, and attract
international tourists to visit our (breath-taking) beaches and wildlife. Decisions
like these are not easily taken in times of crisis, and reaching our target
audiences has become particularly challenging.


Normally, the main tool at our disposal, in addition to
reliable data and solid arguments, would be the possibility to knock on the
doors of our potential clients. This usually allows us to show them why
Colombia, rather than our competitors, offers them what they are looking for.
The lockdown has affected our way of working in unconceivable ways. By all
means, we are not alone. Most trade and investment promotion agencies (TIPAs) around
the world with similar mandates are facing comparable challenges.


As a benchmark,
I decided to look into what our peers are doing and would like to highlight
some interesting actions put in place in very different latitudes. In
particular, I examined four specific actions that most TIPAs have taken in the
past few months (and will need to continue putting forward) to keep business
flowing in their countries. Most of them have acted based on key principles
such as empathy, opportunity and reliability.


Whether it is an investor in the midst of taking a vital
decision about their asset or a supermarket with uncertainty about the
resilience of their suppliers, businesses need timely information. However, getting
hold of the best data in this critical juncture has proven to be problematic, which
is why TIPAs around the globe are making a titanic effort to provide
stakeholders with timely and reliable information, particularly on measures
taken by governments. In a
recent report, UNCTAD (the United Nations Conference on Trade and
Development) informed that 64 per cent of such agencies had done so in some
form or another. Invest India’s Business Immunity
Platform is a very good example of such effort; with real time updates,
this one-stop solution keeps track of developments and presents them in a
user-friendly manner.


Add value to your
stakeholders


In times of an over-abundance of webinars that competes with Zoom meetings and (at least for working parents) home-schooling apps, TIPAs are faced with the challenge of truly adding value to stakeholders. Long presentations in foreign languages – the sort we were used to before the pandemic – will not always attract the audience we hope to target. Businesses expect more if they are to devote yet another hour of their time online. We have struggled with this ourselves; our flagship event in Europe for investors – the Colombia Investment Roadshow – will now take place online with a format that, in addition to presentations, will allow investors to hold meaningful 1:1 meetings with counterparts in Colombia who are seeking capital.


As pointed out by The
Economist this week, the pandemic has created bottlenecks and affected
connectivity in international trade, leading to changes in sourcing
arrangements, particularly in agrifood. Buyers have thus been forced to look
for alternatives. While demand in restaurants and hotels has plummeted,
supermarkets have been faced with increasing stress to meet clients’ needs. To
tap into these dynamics, TIPAs have had to understand these disruptions and innovate.
ProChile, for instance, has put in place a system of virtual
forums (or “e-Ruedas”) to promote their exports in different regions. At
ProColombia, when economies in Europe and Asia began the lockdown, we had to swiftly
convert
our Matchmaking Forum into an online platform which allowed almost 1,000
Colombian exporters to engage in business with more than 400 buyers from 44
countries. These efforts have given exporters the strength to keep going despite
the uncertainty.


Keep the ball rolling
and the spark alive


The tourism industry has probably been the most
affected sector in the world economy. With planes grounded and borders closed
in most countries, few are keen to travel. Although it will take time to
recover, sooner rather than later people will begin again to look forward to
holidaymaking. Habits might change, people may prefer short-haul destinations
or places where they can keep some sort of social distancing. Whatever form
this industry takes, tourist boards around the world are making sure travellers
don’t forget about them. Campaigns such as “With Love From Aus”
led by Tourism Australia or Travel
to France from Home have tried to remind people that travel is central
in our lives. Our very own campaign has focused on a simple but powerful
message: “Let's
take care now so we can meet soon”.


In times of uncertainty and economic shock, trade and
investment promotion agencies are playing a fundamental role. With limited
information, most of them have reacted in an exemplary manner, so far. However,
we are in the midst of a transition and TIPAs should continue to innovate every
day. Comparing notes and collaborating with our peers will be key. By doing so,
we will be able to add real value when our clients most need us, and to make
sure that, when governments start to ease restrictions, businesses everywhere will
continue to rely on our advice. It will also help prepare us and them for
whatever the world surprises us with after the pandemic.


José Puyana (MPP 2015) is an alumnus of the Blavatnik School of Government. He is Executive Director of ProColombia – the Colombian government’s trade and investment promotion agency – in the UK, Ireland and the Nordic countries. He has previously worked for the United Nations Development Programme (UNDP) as well as other government agencies in areas such as higher education, science and technology, and democratic governance. The views expressed in this blog post are purely personal.