Peshawar school attack: Will it be a turning point in the war against terrorism? 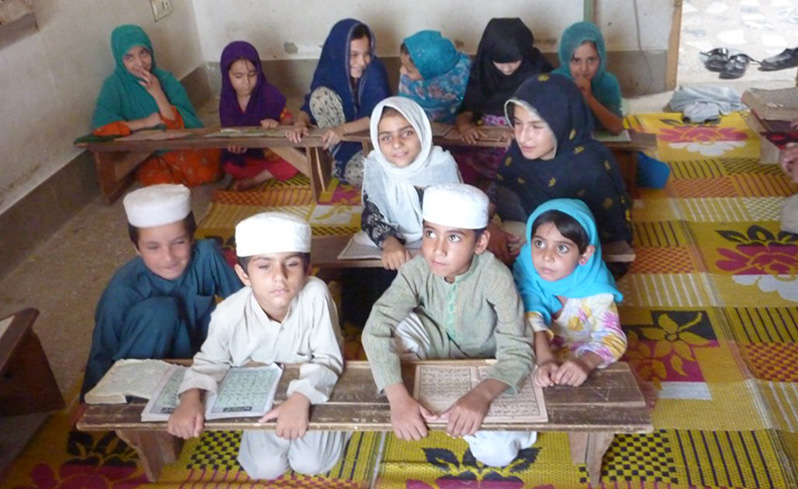 They bombed the Meena Bazar in Peshawar, killing 101 and injuring over 200 people, many of them women and children. We blamed “Black water” for the deadly attacks. They ripped through the Hazara town twice within a month, killing more than 200 and wounding over 400 Hazaras. They unabashedly claimed responsibility, but we put the onus on “Saudi-Iran” rivalry. They launched a brazen attack on Peshawar airport and accepted responsibility in their trademark insolent and theatrical style. We brushed aside their acceptance and set on proving the “Jewish or American” hand behind the attacks; thanks to the “demonic” and “un-Islamic” tattoos found on the bodies of the terrorists. Their suicide bomber killed more than 60 people in an attack on a volleyball match in Afghanistan’s Paktika province. We didn’t even care because those fighting in Afghanistan, we believe, are the “good” guys who want to “liberate” their country from foreign occupation. They shot a 14-year-old girl in broad daylight. We first denied if the tragedy had actually happened and then declared the brave girl a “western stooge”. They tore through the crowd at Wagah border, killing at least 65 people. In a characteristic display of jingoism and thick-headedness, we (mis)directed our anger at India and howled “Allah u Akbar” and “Jeeway Jeeway Pakistan” with even more frenzy the next day. Yesterday, their savagery and barbarism took even their apologists by surprise. Having killed 126 people, mostly children, they immediately claimed responsibility. And in an incredible display of idiocy and paranoid, the conspiracy theorists still managed to come up with something: Muslims can’t do it. There must be a foreign hand in it. A Pakistan Tehreek-e-Insaaf parliamentarian event went a step further and blamed India for the barbaric attack.

Welcome to Denialistan and Contradictionistan. Yes, all this has happened in the “land of the pure” and there are no signs of it coming to an end in the near future. Will this prove to be the turning point in the war against extremism and terrorism? At least, I am not optimistic. Here are my reasons.

Nearly fifty one thousand (51,000) people have been killed in terrorist violence throughout the country over the past ten years. They have targeted people from almost every strata of society: children, women, workers, educationists, politicians, sectarian minorities, tribal elders, sportsmen, religious scholars, intellectuals, journalists, security officials etc. From mosques, hospitals and shrines to schools, shopping centers, prisons, and airports. Almost all public places have been bombed or attacked. In nearly all cases, the perpetrators proudly claimed responsibility and vowed to continue the “holy war”.

Even in the most fragile and under-developed societies, bloodshed of this magnitude would have at least resulted in the forging of a societal and state consensus to fight the menace of terrorism. In a country with the world’s 7th largest military and armed with the world’s sole “Islamic bomb”, however, this is not how things work. We have our own “unique” way of dealing with terrorism. Our first-ever counter-terrorism policy was announced only this February, which means it is not even worth broaching the subject of its implementation now.

Let’s move to our foreign policy then. Over the past three decades, our security establishment has relied on Islamic militancy as a means of achieving its strategic regional goals. In the post-9/11 period, our security establishment kept on supporting the “good” militants to bleed Kabul and New Delhi. However, as has been the case with almost all their previous strategic adventures, this policy backfired and the Frankenstein turned viciously on its master. Even the loss of more than 50,000 lives and damage worth $100 billion did not desist them from pursuing a discriminatory policy regarding terrorism.

Although recently the security establishment has ostensibly acted against some factions of the Afghan Taliban, it does not appear to be a strategic shift in their policy towards all non-state militant groups. At least, Jamaat -ud -Dawa’s recent show of strength in Lahore and the level of state support it received—which was rightly termed by the Indian foreign office as “mainstreaming of terrorism”—do not suggest so. Similarly, the security agencies at best seem to be oblivious of the alarmingly growing influence of sectarian outfits in Baluchistan.

Turning to the society, ours is a place where the staunchest opponents of these barbarians are dubbed as “American mouthpieces”, “dollar-khor” or “liberal fascists”. It is a society that cannot even ensure the security of its own children and yet wants a lone14-year old girl to settle all score with the Western world and apprehend their leadership for the wrongs in Iraq, Palestine and Libya. It is a society that hates the strongest symbol of resistance to the Taliban—Malala Yousufzai—and loves their biggest apologist. The apologist, who is the most popular leader in the country, thinks that the Taliban “just” want to “liberate” the country from the American War on Terror and that is it. He even pushed for establishing a Taliban office in Peshawar. And yet there are not even the slightest signs of remorse or regret on his face today. On the contrary, his level of self-righteousness and self-belief as the “savior” of the nation are likely to grow in the coming days.

Finally, let’s pay attention to the biggest myth that many Pakistanis subscribe to i.e. “Muslims cannot kill innocent Muslims”. Pakistanis have yet to come to terms with the bitter and stark reality that the perpetrators of the Peshawar tragedy were Muslims. Not only this, but they are even willing to simply dismiss the terrorists as “foreign agents”. They do not realize that no ideology on earth can be powerful enough to motivate someone to kill school-going children except religion. They turn a blind eye to a rich history of Muslims killing and slaughtering each other “in the name of God”. It is this dangerously facile and delusional worldview of our society as a whole that makes me pessimistic about our resolve and ability to fight terrorism. Unless we break this myth and come out of our world of denial, we should not even think about countering terrorism.

The militants are organized and are crystal-clear about their objectives and indiscriminate in their tactics. We are divided, polarized and confused about both our goals and tactics. The militants are adaptive, creative and mean business seriously. We are disloyal, inept and incapable of serious introspection. We have learned not to learn from the past. The very fact that Maulana Abdul Aziz—the Burqa Avenger—was invited by many TV channels for analyzing the tragedy speaks volumes of our infinite capacity for stupidity and nonsense. Our memories are short. We will mourn the tragedy for three days and then everything will be back to business as usual. I see no light at the end of the tunnel. I can see only unending darkness.

Rafiullah Kakar is an MPP alumnus (class of 2013). He tweets @rafiullahkakar.