Paving the Way for a New Politics and a New Economics: Thomas Piketty’s New Book 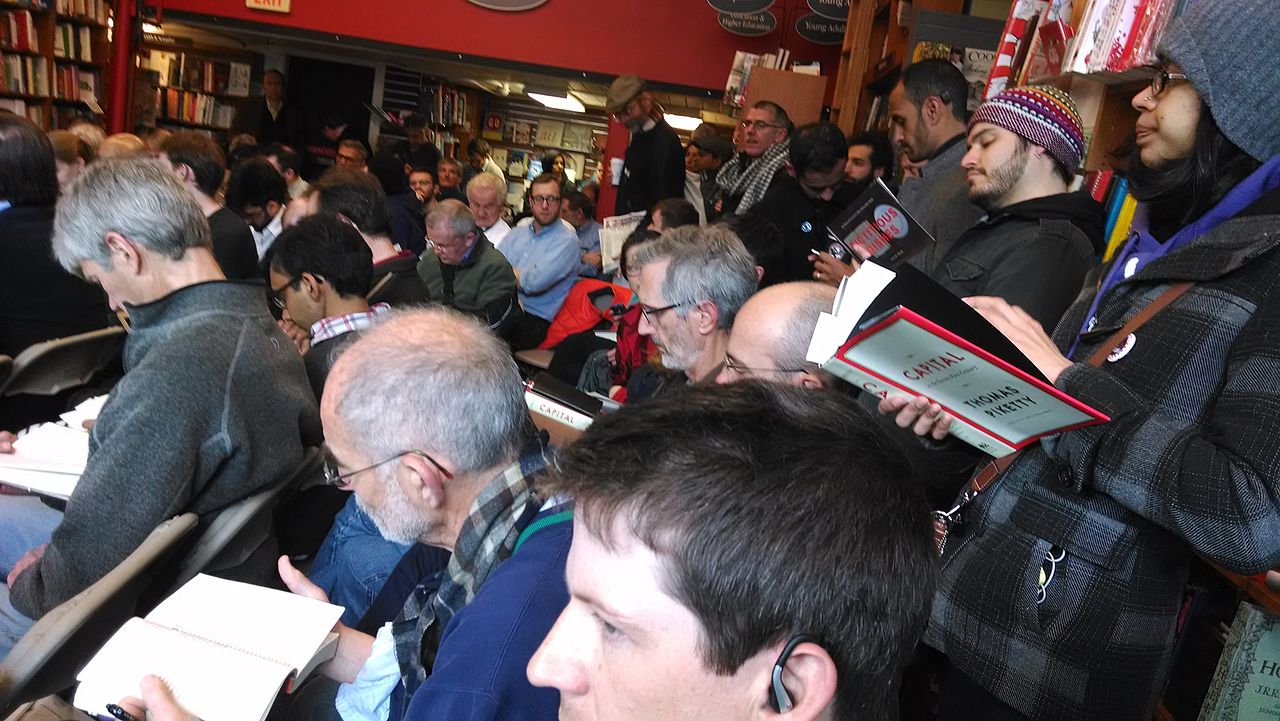 Thomas Piketty’s book, Capital in the Twenty-First Century, has been getting quite a lot of attention in public policy circles. Why are some people so excited about the book? And what are some of the broader ideas sparked by it?

Capital in the Twenty-First Century provides a robust foundation for claims that inequality is on the rise in certain developed nations. After a high point in the early twentieth century, inequality dipped for some years, because of the creation of progressive income taxes and the destruction caused by the world wars, amongst other factors. But since the 1970s and 1980s, it is increasing again, Piketty explains, because of mass privatizations, low growth, and a return of inheritance. Piketty’s basic message is that when the rate of return on capital (more on what this means in a moment) exceeds the rate of growth in economies – when r > g – inequality rises. And he explains, with methodical care, why this trend is returning.

More than giving credibility and evidence to debates about inequality, though, Piketty’s book invites a shift in thinking around progressive politics. At its heart, and as the title suggests, Piketty’s book is about capital: a concept that Piketty defines crisply as essentially housing or real estate, and financial instruments. And Piketty pleas, implicitly, for politics and policy to turn its attention back to how wealth is accumulating today through capital: in other words, how people are getting rich through inherited wealth, housing, and financial investment.

He doesn’t ignore incomes and “supersalaries”. But where his analysis is fresh is in highlighting how we need to think beyond incomes, to how wealth is stored and passed on. This is relevant to politics today in numerous nations: for example, it should give ammunition to those in New Zealand fighting for a capital gains tax. And Piketty is not shy of giving practical suggestions to countries wrestling with these issues: he calls for a progressive annual tax on capital (of between 0 and 10%), pushes for more regulation of tax havens, and suggests an 80% optimal top income tax rate, accepting that these might be politically unrealistic at present. Overall, Piketty encourages harder thinking about wealth, underscoring that taxes can play a role in setting norms about acceptable levels of wealth and revealing information about the wealth held in a particular country.

What is also powerful about this book is the categories of economic thinking that Piketty marks out as important. Piketty examines concepts such as capital and labour in new and creative ways, rejecting the market failure paradigm that explains away economic failings in terms of mere “market imperfections”. He also claims that it is futile to search for economic laws that hold true across history (and he rejects explanations of inequality based on supply and demand), bringing to the force the importance of policy choices. Relatedly, he acknowledges that an economist cannot escape value judgements. In doing all of this, he offers us promise for novel economic thinking – which is more creative, more exploratory, and ultimately more insightful.

Piketty calls for a humbler economics that is not superior in its view of other disciplines, as well – another important cry, given the fact that many people feel alienated from economic debates. Economists cannot define themselves in terms of their “supposedly scientific methods”, says Piketty, and should end the practice of relying on models that mask “the vacuity of the content”. Piketty himself tries to lead by example in engaging with other disciplines and popular culture. His book is rich in its analysis of history (drawing on several centuries’ worth of income and estate tax returns), literature (especially the novels of Jane Austen and Honore de Balzac from the end of the 18th and early 19th centuries), and even alludes to Mad Men and Django Unchained.

Capital in the Twenty-First Century ends with a particularly powerful call for progressives not to turn their back on economics. Everyone, he says, “should take a serious interest in money, its measurement, the facts surrounding it, and its history”. But those who want to challenge power and care for the most disadvantaged may need economics most of all. “Those who have a lot of [money] never fail to defend their interests”, and “[r]efusing to deal with numbers rarely serves the interests of the least well-off,” he writes.

There is much more that could be said about this book: about its fascinating comments on the troubling rise of sovereign wealth funds, and on the fact that public debt may serve the interests of the wealthy. There is also room for more criticism: for example, while it considers China briefly, the book generally neglects the developing world.

But it is no exaggeration to say that this book is worth the attention that it is getting – and more. It paves the way for a new politics and a new economics. The next step for those in public policy circles is turning that paving into a path for meaningful political change.