Is panarchy relevant in the COVID-19 pandemic times?

Alumnus Yanzhu Zhang writes about the concept of 'panarchy' and how it can be relevant during the pandemic. 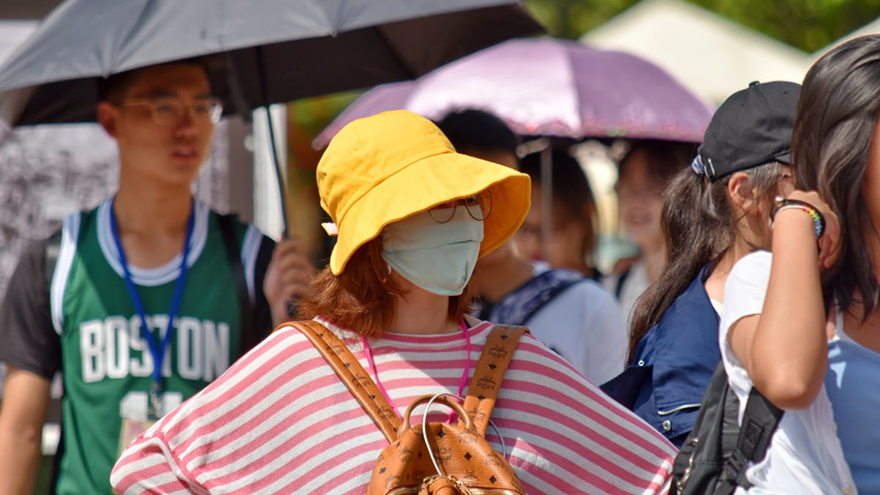 COVID-19 profoundly changed our lives in a short period of time. The Blavatnik School now offers innovative digital teaching and online forums where MPP students and alumni from different parts of the world can continue to develop critical thinking and debate policy issues.

But the changes affecting our lives go beyond the behavioural habits of individuals. Political orientations and corporate strategies are also having to adapt to the current global crisis.

In a complex world, the drastic changes of state or non-state actions may lead to emergent properties that further affect the common good of humankind. For example, during lockdown, there has been significant discussion about nature rebounding around the world, and there have been calls for stronger leadership in environmental matters and for measures to be structurally incorporated into the new post-COVID economic order. However, others disagreed – for example, observer Nishan Degnarain warned “Ten areas where COVID-19 responses have increased environmental risks”.

Panarchy (which studies how economic growth and human development depend on ecosystems and institutions, and how they interact, ed.) may offer a unique perspective in understanding the ongoing global shifts. While the term has been used in different disciplines, Gunderson and Holling describe the panarchy framework as something that connects adaptive cycles in a nested hierarchy.

Indeed, as Holling put it, human or natural systems manifest continual adaptive cycles (sometimes called the Holling cycles) of growth, accumulation, restructuring and renewal, which is an insightful understanding of the complexity of economic, ecological and social systems. Holling, in his own article, assessed possibility of using the ‘panarchy’ conceptual structure to help explain the changes that are being brought about on a global scale by internet, climate, economy or geopolitics. He suggested that the “international world of nations” entered the backloop 'Ω' and 'α' phases of an adaptive cycle with the 1989 fall of the Berlin Wall. “Panarchy presents theory and examples to explain why complex living systems create and also benefit from crisis”, wrote Holling.

But does panarchy have a say in the time of the pandemic?

First of all, the COVID-19 pandemic crisis will catalyse and accelerate technology innovation in China and globally, which could be seen as a “crisitunity” (危机), as Professor Xue Lan recently pointed out in a Tsinghua University online public lecture offered to the general public in China.

But beyond technology, institutions also need to innovate. A few weeks ago, when I read the article “Coronavirus as an opportunity for international cooperation” by researchers in German Development Institute (DIE), the conceptual framework of “adaptive cycle” naturally came into my mind. In my own understanding, the DIE researchers see the pandemic crisis as an opportunity that could bring the international cooperation system into a rapid reorganisation phase and then a new “competition” process. After decades of slow capital accumulation shaped by global (multilateral) institutions and regional coordination, the international development cooperation system could undergo a "collapse or release (Ω)" process and then enter a "reorganisation (α)" state. The "reorganisation" process will inevitably evidence the competition between multilateralism (or global interdependence) and unilateralism (or protectionism). Therefore, it is the world’s future scenarios that will compete during the "reorganization (α)" phase. The acclaimed economist Dr. Ha-Joon Chang said, while the crisis might seriously restrict service industries in near term, paradoxically, the international trade of goods might actually increase because of a shifting demand from service consumption to goods consumption in medium term.

Professor Zhang Yuyan has pointed out that “although the pandemic is an unexpected shock, it will not fundamentally change the future direction of the world, but has accelerated the ‘great changes of this century’.” In his recent article (in Chinese), he foresees four potential scenarios of future world dynamics (here I interpret): first, “battle in the jungle” – that is to say, all countries in the world act independently, and globalisation is fully reversed and fragmented (an unlikely scenario). Second, the international multilateral system shows acceleration of disintegration and reconstruction, and regional economic integration and cooperation mechanisms become a stronger and important alternative to multilateralisation and globalisation. Third, the real possibility of parallel systems arises. This view is rooted in the thought by Henry Kissinger who believed that emerging economies, represented by China and other BRICS countries at the time, will break away and become parallel to the existing economic order led by the G7. Fourth, globalisation will be further consolidated, and the world will embrace and appreciate “a community with a shared future for mankind”. Indeed, the virus is the common enemy of mankind, making it clear that we can survive only if we cooperate.

Yet, beyond socio-technical transitions and international relations, what other changes could fundamentally impact our human lives?

One article in the journal Ecology and Society has systematically compared two ambitious conceptual structures, 'panarchy' (by Holling, Gunderson, and others) as the understanding of social-ecological systems and 'world-systems' (by Immanuel M. Wallerstein) as the approach to analysing hierarchical relationships between societies within global capitalism. It is argued that “the two structures have important common features, notably their multi-scale explanatory framework, links with ideas concerning complex systems, and interest in cyclical phenomena”. In the era of economic globalisation, it is necessary to draw lessons from the theory of 'world system', to interpret the contradictions, dilemmas and development trends of the contemporary capitalist world system in a more comprehensive way, and to see the prospect of socialism as an 'anti-system' force more clearly. The COVID-19 pandemic simply escalated the 'anti-system' force for transition towards socialism, at least already shown in the public provisions across countries.

As COVID-19 grips the world, in country after country, there is a move towards a more socialist approach to healthcare and of production of essential goods, which markedly departs from the capitalist norm. “It is said that in a crisis everybody becomes a socialist” wrote Professor Prabhat Patnaik in his new commentary 'Pandemic and Socialism'. Patnaik concludes that “For mankind to survive all these challenges, the institutions of capitalism are grossly inadequate. A movement towards socialism is needed, towards which the current measures superseding the 'free market' and the profit motive, though apparently only temporary and emergency measures, are unwitting pointers.”

This somehow reminded me of Jeremy Corbyn’s “Socialism DOES work” speech at the Oxford Union. He said: “I believe in everybody, there is an ounce of socialism, in some people there’s a pound, in some people there are many kilos of socialism. Socialism is surely about the kind of society you want to live in”. Now, I would love to know: how much socialism is there in you during the pandemic – an ounce, a pound, or many kilos?

Yanzhu Zhang (MPP 2015) is an alumnus of the Blavatnik School of Government where he was the recipient of a David H Pollock and Tomislav Zegarac Memorial Scholarship.

He currently works at the Foreign Environmental Cooperation Center of the Ministry of Ecology and Environment of China, and previously worked at World Bank in Washington D.C. and UNIDO (headquarters) in Vienna. The views expressed in this blog post are purely personal.