The Panama papers have further undermined our trust in institutions 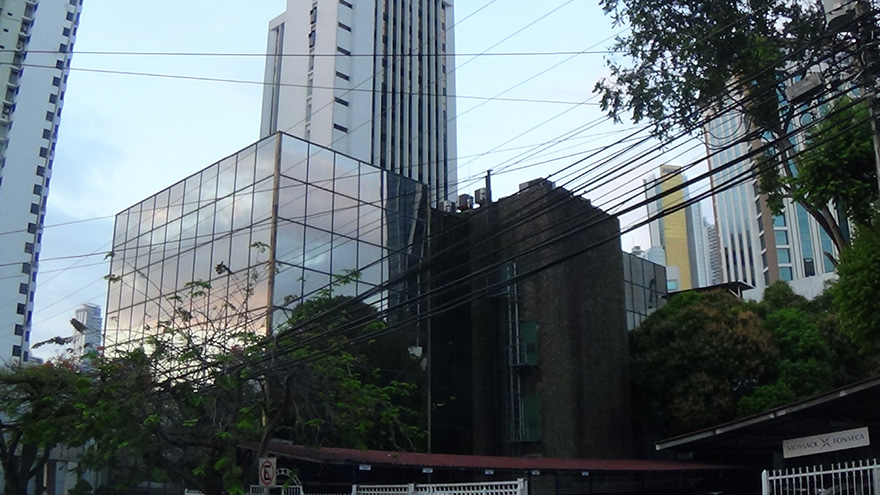 The outrage created by the Panama Papers is understandable. The money laundering that persons at the highest echelons have been engaged in increases the sentiment held by many “ordinary people” that they are living in a society dominated by an elite engaged in pervasive corruption and endemic greed. For many, this scandal will confirm their long-held beliefs about what can be expected from those at the top level of society. For others, what is now being revealed serves to erode what is left of the glue of trust that holds society together.

Surveys of trust in main institutions such as governments, banks, parliaments and large corporations show surprisingly low figures even in many democratic countries. Considering what has happened to FIFA we could probably now add sports organizations to the “low confidence” list.

Scandals like last week’s tax-avoidance revelations destroy trust between citizens and institutions and/or the elites. In the Panama case, it is particularly serious that public officials are involved because we expect them not to have personal enrichment as their main priority but to cater to the “public good” and act in accordance with norms such as impartiality and integrity. What is perhaps less well known is the research showing that there is an additional negative effect from scandals like this that may seriously hurt the well-being of societies. This research started about 25 years ago, when a number of social scientists became interested in social (aka interpersonal) trust. In study after study they showed that societies in which most people believed that “most other people can be trusted” simply worked better. They were more prosperous, had lower crime rates, better working political institutions, lower corruption, less people living in poverty, and so on. One explanation for these positive results is that in societies with a very low level of social trust, many exchanges between individuals that would otherwise have been mutually beneficial will simply not take place. Such exchanges could of course be for economic purposes but they could also be for professional, social or emotional purposes.

A parallel explanation for the positive effect of social trust centres on the propensity of societies to produce what is known as collective goods. For example, it makes little sense to make an effort to sort one’s garbage if you do not trust that most other citizens are likely to do the same.

One effect of these findings is that social trust has come to be understood as a major asset for societies – this is why we use the phrase “social capital”. And with this came the next question, namely how to create or generate social capital? Or as some economists pose the question: if this is capital, how do you invest? The first theory was that social trust would be generated if people were active in voluntary associations. This was a “nice” theory but it had one problem: it could not be verified empirically. Instead, a number of studies using various methods and data have shown that when people make up their mind that “most other people” in their society can be trusted, their perception of the ethical standard and quality of their public institutions is the most important factor. Countries with high levels of corruption have low social trust and vice versa.

The theory behind this runs as follows. When people establish beliefs about social trust, they make inferences from the behaviour they encounter from public officials. Because it is impossible to actually know the trustworthiness of “most people” in a society, the individual must rely on what social scientists call heuristics, which can be understood as the clues people use when lacking full information. This corruption-trust theory runs as follows. Firstly, if public officials in a society are known for being corrupt, dishonest and untrustworthy, citizens will conclude that even people who are expected to act in the service of the public cannot be trusted. From this, they will conclude that most other people in general cannot be trusted either. Simply put, if you live in a society in which for example judges, policemen and civil servants cannot be trusted, then why should you trust “people in general”? Secondly, people will be able to see that most other people in a society with corrupt officials must themselves take part in corruption and similar practices in order to obtain what they feel is their rightful due. From this they will again conclude that “most other people” cannot be trusted. Thirdly, the individual will realise that to get by and be successful in such a society, she will herself have to take part in corrupt practices. Thus, the self being an untrustworthy person leads to the same conclusion as above, namely that most people cannot be trusted. As you know oneself, you know others.

This theory about what creates and destroys social trust has lately gained strong empirical support. When people answer survey questions about social trust, it is reasonable to think that what they actually do is evaluating the general moral standard of the society in which they live. If the political, economic, social and maybe also the artistic elites behave in the way we have now seen in the Panama money laundering scandal, people will not only lose trust in these elites and the institutions they represent. There is also an additional cost to society that in the long run may have even graver consequences, namely that the basic fabric of social trust is eroded. And trust is a delicate thing, because once lost it is hard to regain. The implication is that we have to account for the existence of a double negative effect from scandals like this. As the German (and Chinese) proverb has it: the fish rots from the head down.

This article was originally published on 11 April on CapX.

Bo Rothstein is Professor of Government and Public Policy at BSG.
Business and capitalism Democracy and politics
...
Global cooperation Integrity