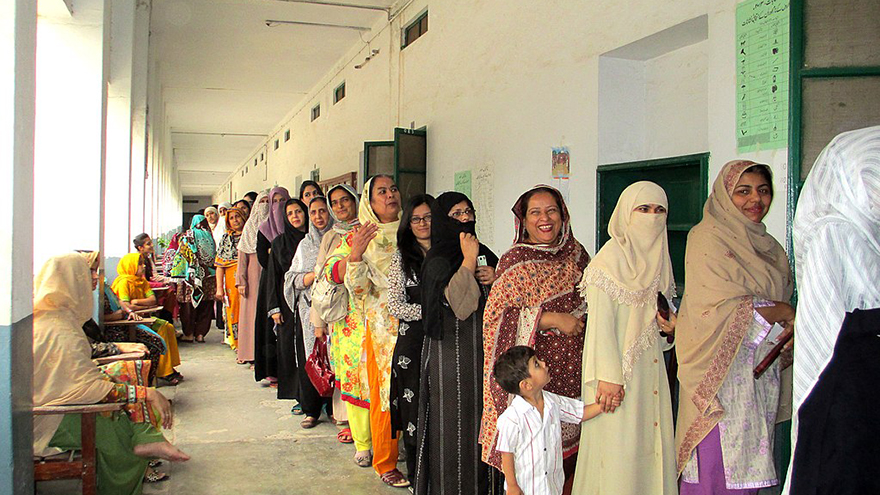 On Wednesday 25 July, Pakistan held its general election which resulted in Imran Khan’s victory after a controversial political campaign. We have asked some of our Pakistani alumni for their thoughts about the election.

Wasif Rehman is a current Master of Public Policy student (MPP 2017) and the recipient of a Blavatnik School of Government Public Service Scholarship. After completing his summer project placement, Wasif is planning to go back to his home country, where he has worked in the civil service. He wrote:

“I am excited to return and work with the new Prime Minister who happens to be an Oxonian as well. Mr. Imran Khan’s party (Pakistan Tehreek-e-Insaf) has already been ruling in Khyber Pakhtunkhwa (K.P) for the past few years and has successfully achieved De-Politicisation of Bureaucracy to a considerable extent. It is for this reason that I am happy to work with the new government, hoping that they will assist me in implementing the ideas I am taking back from Oxford. The people of K.P have re-elected a political party for another term for the first time in its history. This shows the confidence and faith; the party commands amongst the voters. The outcome of the elections has also made it clear that voters will no longer be swayed by religious or nationalist rhetoric as parties that operate on such cleavages have failed miserably.

The election results have also highlighted the importance of social media. Opponents of Imran Khan would assume he is popular on social media alone and that the recognition and respect he commands through his Facebook and Twitter followers would not be reflected in the elections. But they have all been proven wrong and this shows how important social media is in creating awareness and changing the perceptions of people.

People had been desperately demanding to see a new face as the Prime Minister, as they had given up on any hopes of achieving progress through electing the tried and tested politicians. I have faith in our new Prime Minister and I am sure he would be able to achieve the change he has promised the people of Pakistan.”


While the election campaign featured a ‘lack of equal opportunity’ according to the European Union’s observers, it also marked an increased participation of women. This is a point raised by our alumna Quratulain Fatima (MPP 2015), a civil servant who has served both in military and civil service in Pakistan, and an advocate of peace and gender empowerment.

“For me on thing mattered in these elections, and that was how many women could vote and participate. Women have faced religious and cultural bans barring them from exercising their right to vote in the past. Before the campaign started, the gap between female and male voters was approximately 12 million according to the electoral rolls. The Election Commission of Pakistan put concrete efforts through awareness campaigns, voter registration, collaborations with activists and administration and social media usage to bring 3.8 million women voters into net.

Not only that, this election saw many firsts for Pakistani women. Women contested elections from FATA and Tharparkar, both equally conservative areas which saw women voter bans in the past. Women from many conservative areas voted for the first time as Election Commission of Pakistan put in place legal conditions to cancel results in constituencies where less than 10% women voted. This forced men to abandon their de facto religious and cultural bans that had barred women from voting earlier. I wrote an article on electoral gender gap which explains the situation prior to elections.

The prime minister elect Imran Khan, though helped by military, in my opinion has come with an agenda of change. His views on women have not been commendable, despite being supported by many young women voters. In his speech after the election victory, he only talked about maternal health and role of mothers. But women’s issues are not restricted to motherhood. So personally, I am waiting and watching to see how he brings change in lives of women of one of the most dangerous countries for women in the world.”


Umar Nadeem, also a current student (MPP 2017), said: "Despite the controversy, I am personally very excited and positive about election outcomes. PTI's manifesto of change is what the country needs but its not going to be an easy ride. Challenges to delivering results will need to be tackled at every step - especially building capacity to drive sustainable change. What I see as most interesting is enthusiasm form professionals from the private sector and diaspora to support the Govt once they are sworn in. After completing my program, I am eager to dive in and find opportunities to work in the new Govt. Interesting and challenging times ahead with an opportunity to start course correction - transformation would certainly take time so we also need to be pragmatic about what will be possible."
The School Democracy and politics