Oxford University Press vs a photocopy shop in Delhi: The difficulty in arguing fairness 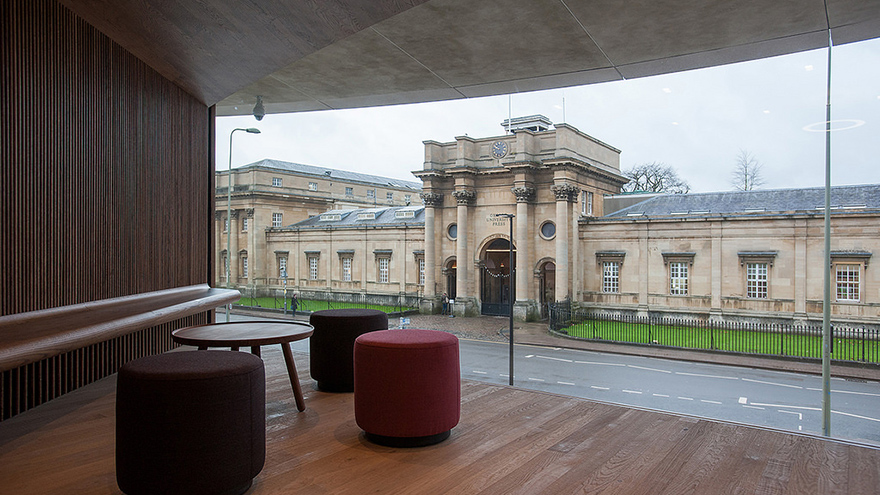 Sitting right in front of the iconic Oxford University Press (OUP), is Oxford’s Blavatnik School of Government, where my classmates (from 55 countries) and I spent the last 12 months grappling with difficult questions of public policy. Our cohort did not shy away from a heated discussion. You could see their passion as they advanced arguments in classrooms and seminars, during lunch breaks and evening receptions, or at the many historic pubs they would frequent. Despite the disagreements, a common theme ran through these conversations: our actions and policies should be ‘fair’ and they should advance the ‘public good’. Now that our one-year graduate course is over and the school gears up to welcome another batch of exceptional policy students (and practitioners), I look out from this building’s expansive “Window to the World” and think of the millions of books published at OUP. I ponder why, despite the countless discussions we had over these texts, we (and, it seems, our policy and political predecessors) could never settle on a definition of ‘fairness’ or ‘public good’.

[caption id="attachment_8402" align="alignnone" width="880"] Window to the World: View of the Oxford University Press from the Oxford's Blavatnik School of Government. Photo by John Cairns.[/caption]

OUP, copyright is not divine!

In 2012 the University of Oxford, on behalf of its renowned publishers, i.e. Oxford University Press, filed a petition with the Delhi High Court seeking a ban on a photocopy shop based near Delhi School of Economics. Other publishers such as Cambridge University Press and Taylor & Francis Group also joined the petition. The shop in question had been preparing, photocopying and distributing ‘course packs’ from books (published by the likes of OUP). These ‘course packs’ are usually a compilation of materials from the textbooks and articles that form part of the required readings for any particular course. The publishers claimed such an act to be an infringement of their copyright. In October 2012, the Delhi High Court granted an interim stay in favour of the publishers, temporarily banning the photocopy shops from making copies of and selling such course packs. Top legal minds of India made representations on behalf of both sides before the Delhi High Court.

After a prolonged legal battle, on 16 September 2016, the Delhi High Court delivered its judgment holding that the act of photocopying and sale of course packs for use by students was permissible (“fair use”) under the Indian Copyright Act. The Court gave an expansive interpretation to the educational fair-use exception carved out under Section 52(1)(i) of the Indian Copyright Act to hold that:

[r]eproduction of any copyrighted work by the teacher for the purpose of imparting instruction to the pupil as prescribed in the syllabus during the academic year would be within the meaning of Section 52 (1)(i) of the Act.


Citing various judgments from different jurisdictions, Justice Endlaw of the Court stated that:

Copyright, specially in literary works [sic], is (thus) not an inevitable, divine, or natural right that confers on authors the absolute ownership of their creations. It is designed rather to stimulate activity and progress in the arts for the intellectual enrichment of the public. Copyright is intended to increase and not to impede the harvest of knowledge. It is intended to motivate the creative activity of authors and inventors in order to benefit the public.

To be fair to the University of Oxford, it does take copyright very seriously and is consistent in its application. While accessing resources from 400-year-old University libraries, even as a student of Oxford University, I have never been allowed to take photographs of the texts or photocopy more than a few pages. Hence, in its petition with the Delhi High Court, Oxford was asking for a similar standard to be observed in India. However, the obvious needs to be stated here: being a student at University of Oxford is very different from being a student at Delhi University. While OUP’s books are expensive both at Oxford and in Delhi, as a student at Oxford, I had access to over 100 libraries (the largest library system in the UK) which, according the University website holds “more than 12 million printed items, over 80,000 e-journals and outstanding special collections including rare books and manuscripts, classical papyri, maps, music, art and printed ephemera”, along with a digital library with online access to millions of books. These resources are shared by little over 22,000 students. In comparison, Delhi University has over 132,000 students with less than 1.5 million books and 1,300 journals.

Moreover, many students at Delhi University cannot afford to buy the all textbooks required for their coursework. Thousands of students struggle to pay even their annual tuition fees, which in many cases ranges from £30 to £100 per annum (compared to the Oxford fees of £9,000 per annum at undergrad, and up to £50,000 for postgrad). With Indian university libraries being able to afford only a few copies of the books, it becomes an uphill battle for Delhi University students to procure all the readings from across different books and journals. Imagine the plight of students if they were made to purchase all of the expensive textbooks from which their syllabus is drawn. My 8-weeks economics course here at Oxford required me to refer to different chapters and articles from 19 textbooks and 20 journals (not including the different issues of these journals), almost all of which were made accessible online. Had it not been the case, I would not have been able to cover any one out of the eight (similarly exhaustive) reading lists I had to use during the past year. With strong copyright restrictions, a poor student in a poor country without online or offline access, would just not be able to get a decent college education. Unless, one argues for their reading lists to be any less rigorous.

All of which makes me wonder: notionally, what kind of rights do students in poor countries have with respect to higher education?

What is the right thing to do?

It is clear that students of Delhi University are of lesser means than their Oxford counterparts. And I can see how it would be ‘unfair’ if I argued that Oxbridge publishers must ensure access to resources to, among others, 132,000 students at Delhi University. Further, it should be acknowledged that the State has failed to fulfil its responsibilities – towards the people in general and the students in particular. In such a situation, as policy professionals, we must answer questions such as: what is a ‘fair’ interpretation of ‘copyright’ that would advance the ‘public good’? The Berne Convention on Copyright defers to the legislation of countries:

“to permit the reproduction of such works in certain special cases, provided that such reproduction does not conflict with a normal exploitation of the work and does not unreasonably prejudice the legitimate interests of the author”.


Unfortunately, in the past the global North has used its economic might and threat of trade sanctions to arm-twist developing countries to have a stricter intellectual property regime. However, there are still many developing countries with unclear legislation. I feel that Delhi High Court was right to give an expansive interpretation to the relevant provision under the Indian Copyright Act – as it would be unfair to ask students to accept substandard education because they cannot afford to buy enough books. There was ambiguity in the law with regards to what qualifies as ‘fair use’ and the Court interpreted it in a manner that enhances ‘public interest’. Personally, I find arguments for limiting the access to education to be perverse. However, my training in public policy from University of Oxford (where I read many books published at OUP) tells me that these answers are not all that simple. Why else would we have millions of people dying across the world, with treatable diseases, because they could not afford the medication?

There remains a fundamental tension between incentivising those with capital to invest in the solutions we all need (by giving them the ability to recoup that investment through property rights) and ensuring that those solutions reach those who need them. Perhaps we should not rely so heavily on the market to deliver such solutions to those who can ill-afford them. Perhaps law and policy needs to accommodate different realities. We, somehow, need to find consensus on these issues to make this world a fairer place.

Diwakar Kishore is a (soon-to-be) alumnus of the Blavatnik School of Government (MPP Class of 2015). He is a lawyer and has particular interest in India's legislation around Right to Education.
Inclusion Law
...
Integrity