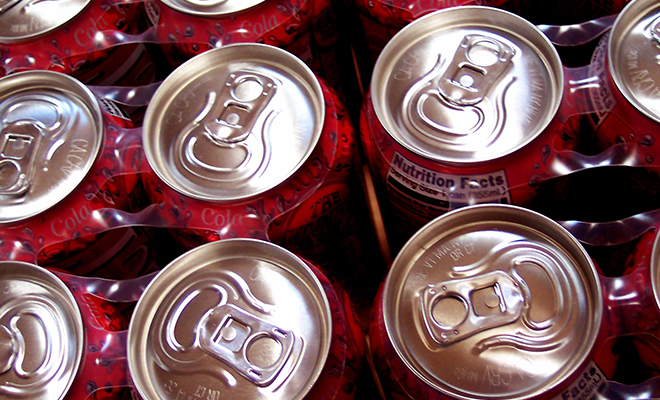 Obesity afflicts more than one-third of American adults, leading to $147 billion in medical costs each year, according to the Centers for Disease Control and Prevention (CDC). Researchers project that half of all Americans will be clinically obese by 2030. What will it take to change America’s eating habits?

Jennifer Pomeranz of the Yale Rudd Center for Food Policy and Obesity says that a federal excise tax on highly processed foods and beverages may be the answer. According to Pomeranz, the tax would both generate revenue and deter unhealthy consumption. Under her proposal, manufacturers, importers, and producers of highly processed food products would be required to pay the tax, and Congress would use the revenue to support local programs in an effort to make healthy food choices more affordable and accessible. After these programs have been implemented, Congress could review the results to determine whether a higher levy on manufacturers would be necessary.

Pomeranz believes her proposal would succeed where other existing so-called “fat tax” proposals have failed. The three broad taxing strategies often suggested in the health and economic literature include: (1) taxing the person; (2) taxing the input, such as specific nutrients, calories or ingredients; and (3) taxing the product. Pomeranz argues that taxing the person—a strategy intended to compel individuals to take personal responsibility for their health—would prove highly burdensome and would likely be both ineffective and stigmatizing. She compares this punitive approach to “taxing people with lung cancer instead of taxing the tobacco products that caused the disease.”

Likewise, tax levies on nutrients—such as calories or ingredients—are not promising proposals according to Pomeranz. She points to the Danish government’s introduction of the world’s first tax on saturated fats—and its prompt rescission just one year later—as an example of the unfeasibility of such approaches. One problem with Denmark’s fat tax was that it failed to differentiate between saturated fats naturally occurring in healthy and unhealthy foods, opting instead for a blanket tax on all foods containing these fats. While the tax was intended to nudge Danish citizens away from fries and fizzy drinks, it also hit items like specialty cheeses and spurred a surge in cross-border shopping, which effectively nullified the tax’s objective. Yet, even if the tax had been effective, Pomeranz says, it would have been unjustifiable on scientific grounds because fat alone is not the primary driver of obesity.

Pomeranz thus argues that taxing the product is a markedly better strategy. She looks specifically at excise taxes on sugary beverages, products that are associated with weight gain, obesity, diabetes, and heart disease. Pomeranz argues that an excise tax to increase the sugary beverage’s base price would be profoundly more effective than a sales tax imposed at the time of payment, after most consumers have already chosen to buy the product.

A sugary beverage tax is justifiable on two policy grounds, says Pomeranz. First, the Supreme Court has ruled that the government’s use of its taxation power is constitutional even if implemented specifically for deterrence purposes. Second, the marginal private costs of sugary beverages are unreflective of their high social costs, which come in the form of negative externalities such as higher health care costs and productivity loss. Regulation in the form of taxation is therefore necessary to correct this market failure.

With these considerations in mind, Pomeranz proposes instituting a manufacturers’ excise tax on highly processed foods transported in interstate commerce, as provided by Section 4146 of the Internal Revenue Code (IRC) and Section 48.0-2(a)(4)(i) of the Manufacturers and Retailers Excise Taxes Regulations. Rather than assuming the food industry’s all-inclusive definition of “processed foods,” she recommends that the taxable articles in question fall under the CDC’s fairly circumscribed definition of “highly processed foods,” which have “undergone a secondary processing into a readily edible item.” According to Pomeranz, this approach is evidence-based: the CDC’s definition covers all the processed foods found to have increased body mass index and led to poor nutrition outcomes overall.

Pomeranz suggests that Congress could instruct the Food and Drug Administration (FDA) to identify the facilities that are registered as manufacturers of the taxable articles—which the FDA has a record of as a result of the mandatory registration processes implemented in Section 306 of the Public Health Security and Bioterrorism Preparedness and Response Act of 2002 and Regulation 1.225(a)—and designate them as subject to the tax. Because highly processed foods are cheap, she argues that a tax based on sales price would insufficiently deter consumption. To ensure effectiveness, Pomeranz recommends that Congress base the excise tax on the number of taxable articles produced or imported and that economists at the Internal Revenue Service (IRS) verify the efficiency of the exact taxation strategy.

Finally, Pomeranz recommends that Congress use its spending power to dedicate revenues collected under the new tax toward the funding of state programs designed to promote healthy eating habits. She argues that the Supreme Court’s four qualifications on Congress’s spending power would be easily met in this case, and she suggests that Congress delegate the management and logistics of distributing the revenues to the CDC, which has substantial expertise in monitoring, supporting and administering public health programs. Pomeranz concludes that her proposed tax would give America a fair shot at fighting obesity once and for all.