MPP vs MBA debate: That markets are better than governments at eliminating extreme poverty 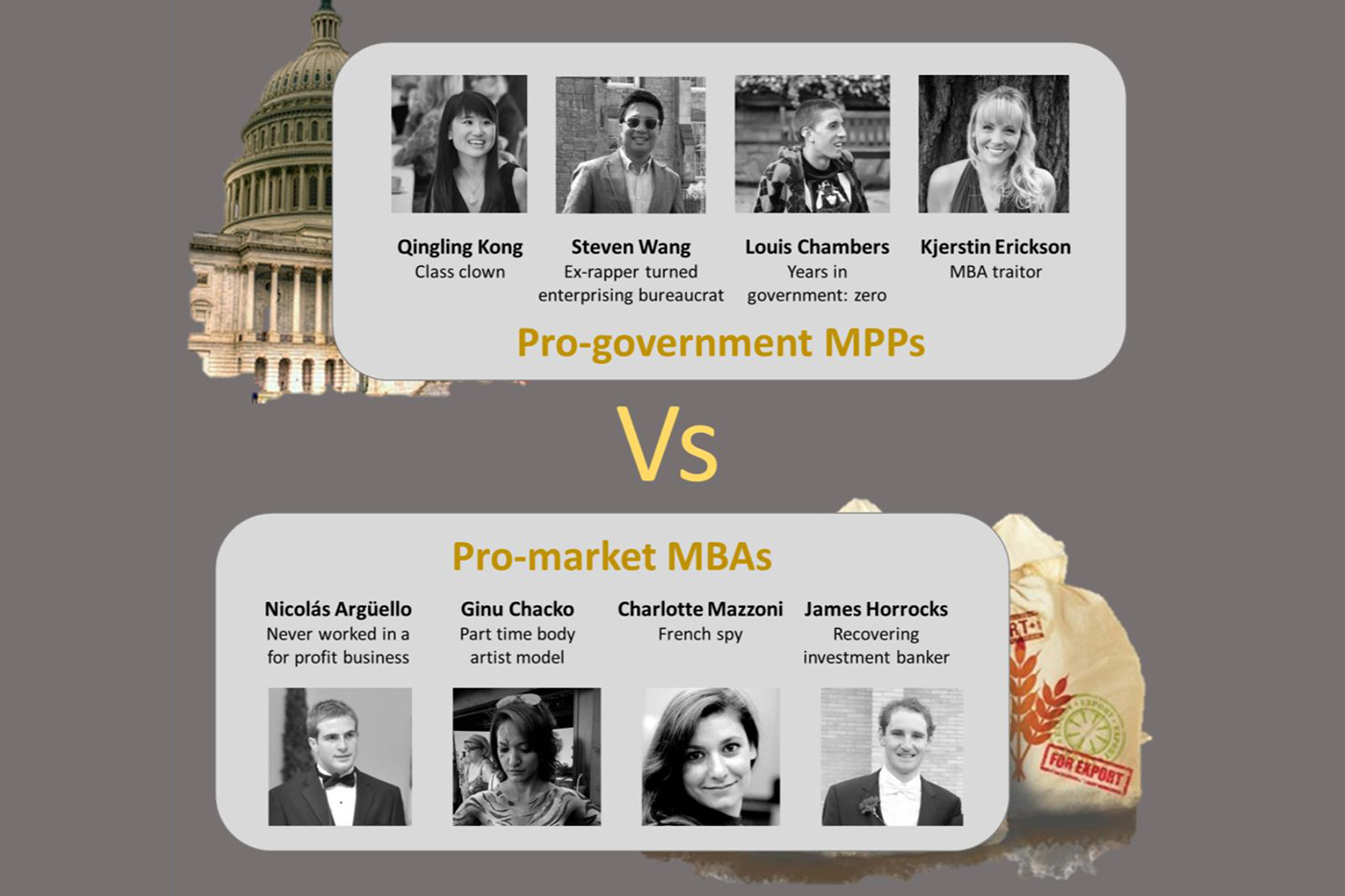 On the topic: That markets are better than governments at eliminating extreme poverty.
For: the MBA team + Charlotte Mazzoni
Against: the MPP team + one MBA traitor (Kjerstin Erikson)

We arrived at the debate and the room was buzzing. The MBAs sat on one side, the MPPs on the other. A few global public health masters students occupied the no man's land between the two opposing factions. Ronan Harrington from the Blavatnik School of Government was chairing the debate along with Max Harris. As Ronan higlighted, "You might think that we're here to see a debate about who is better at eliminating extreme poverty, the government or the market, but really we're here to work out who is smarter, the MBAs or the MPPs."

The MBA team opened the debate with a strong focus on China. They argued that the Chinese growth miracle would never have been possible without substantial liberalisation and the creation of investor-friendly zones which attracted significant private capital and fueled the country's manufacturing boom.

The response from the MPP team was two-fold. First, we refused to concede that markets are the only engine of growth. We highlighted how governments play a significant role in creating the infrastructure and capital which is essential to growth. We emphasised the Chinese Government's role in resource extraction and transport infrastructure, and also the leadership of the United States Federal Government in investing in the IT industry long prior to private players like Apple commercialising certain products.

Second, as Steven Wang emphasised in his right of reply: the debate was about eliminating extreme poverty and markets would never look out for those at the very bottom of the income ladder. Kjerstin emphasised the unique role the government plays in distributing income. She showed how the prevention of conflict requires government leadership, how disabled and sick people need treatment to allow them to access the labour market and income support if they still cannot work. Lastly, she stressed that markets fail to plan for the long-term, and so cannot manage the complex balancing act of ensuring resources are used sustainably, financial crises are managed, and natural disasters are responded to. Lastly, Qingling put the Chinese example to bed by noting that much of China's wealth has been generated in the east of the country and that redistribution to the west has been necessary to share the resources and help out those who are facing extreme poverty in rural China.

Although this account has emphasised the importance of government, both teams acknowledged that this was not a debate about governments or markets: both are valuable. In discussion after the debate, we explored the limitations of the topic. A market without a government will not eliminate extreme poverty. But a government without a market will also fail. The real question is under what conditions markets and governments can appropriately work together. Although this question certainly needs more exploration - a lifetime's exploration for many of us - this debate provided a unique chance for us to grapple with the dimensions of markets and governments, and to do so with students from a range of different backgrounds.

Our thanks go out to Max Harris and Isabella Gawith for organising it, and to the Saïd Business School for hosting us.