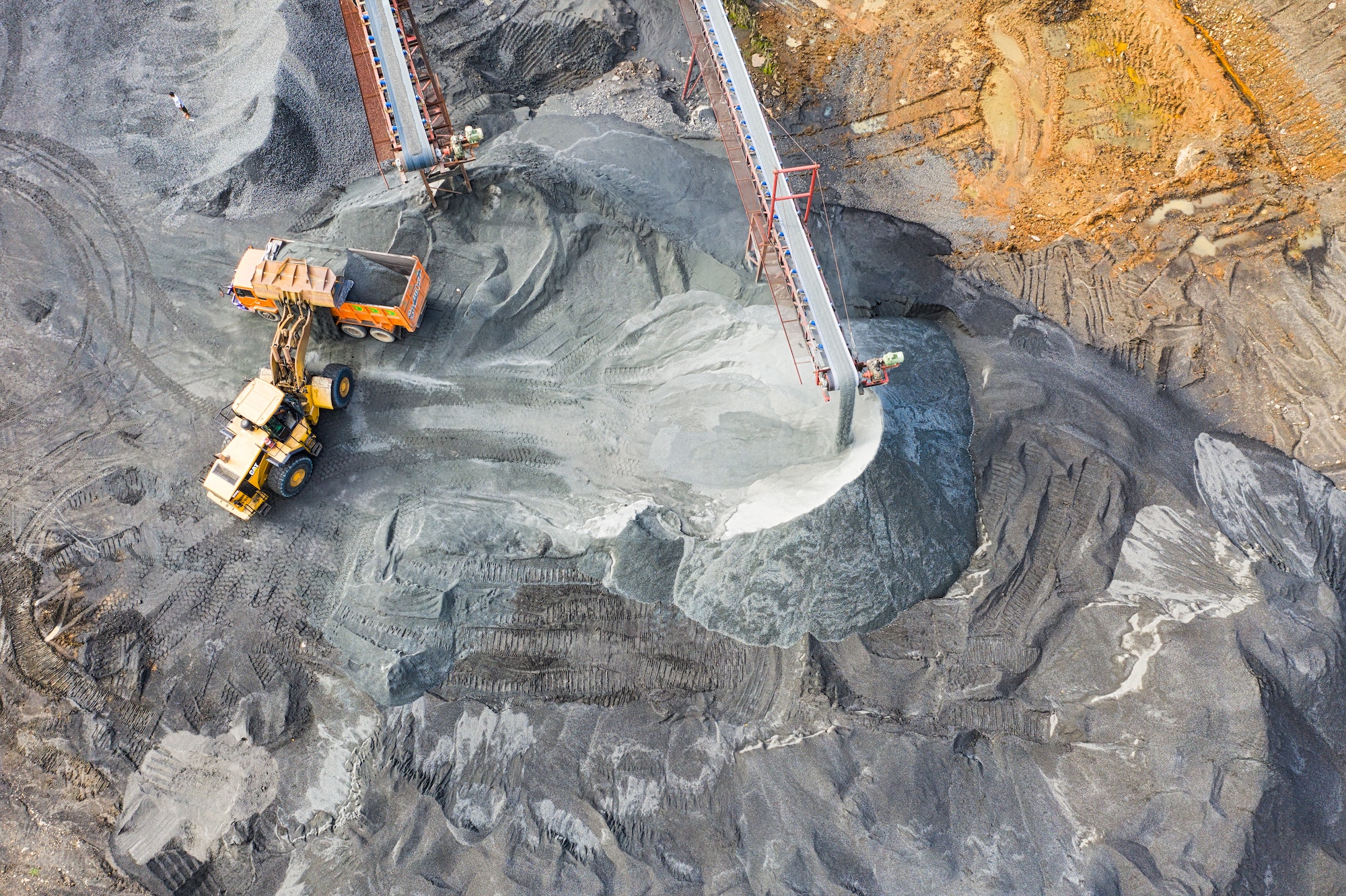 Photo by Tom Fisk on Pexels. Yellow excavator on a mine.

Mining is in general perceived as an activity with a highly negative environmental impact. It consumes energy and water while deteriorating the soil of the extractive project site, causing further ecosystem damage such as biodiversity loss. In the run-up to global carbon neutrality, one might advocate for a circular economy and sustainable consumption. In this discourse, energy-intensive activities such as mining would need to be phased down. Nevertheless, it is far too early to assert that reducing mining is a timely and sound strategy for the world as it transitions to carbon neutrality, taking account of the current global energy mix and the high demand for minerals that will come with the clean energy transition.

When discussing lowering carbon emissions and the future of the extractive sector, the international community often focuses on the need to reduce the extraction and the use of fossil resources such as coal in order to achieve the 2°C global temperature control target called for in the Paris Agreement (and later the more ambitious 1.5°C target). But we often overlook the fact that the green transition towards renewable energy systems and low-carbon infrastructure will actually cause a significant increase in global demand for key mineral raw materials such as metals in order to manufacture the energy system hardware and build the infrastructure required for the transition.

The World Bank 2020 report Minerals for Climate Action: The Mineral Intensity of the Clean Energy Transition, states that, by 2050, production of battery metals such as graphite, lithium, and cobalt would have to increase by approximately 500% to meet the global demand for clean energy technologies and achieve the 2°C target in the Paris Agreement.

The International Energy Agency (IEA) 2021 report, The Role of Critical Minerals in Clean Energy Transitions, and its 2020 World Energy Outlook, both state that while the demand outlook and supply vulnerability for mineral resources varies by mineral, the global energy sector overall demand for critical minerals could increase by about sixfold by 2040, and is dependent on government ambitions to reduce emissions — higher ambition causes higher demand. More seriously, to achieve the 2°C warming target, the low-carbon transition requires the development of energy storage technologies, including a variety of battery and grid system storage technologies. This will result in a hugely increased demand – of up to 1,200% – for a variety of key minerals.

A climate-smart mining strategy is needed as we cannot overlook the soaring demand for minerals that will come with clean energy transition scenarios. Professor Saleem Ali, an eminent scholar from the UNEP-International Resource Panel, points out in an article in Nature, “Mineral resourcing and climate change are inextricably linked, not only because mining requires significant energy, but the world cannot tackle climate change without an adequate supply of raw materials to manufacture clean technologies”, highlighting that “mineral supply for sustainable development requires resource governance”.

China would benefit from the opportunities for leading Chinese mining enterprises “going global” while countries along the Belt and Road could benefit from both investment and the transfer of technology from China. Furthermore, China has already become a leading global manufacturer of low-carbon technology products. The Chinese government has proposed the “Made in China 2025”, the first ten-year action plan to implement the manufacturing power strategy, which could provide the world with various low-carbon technologies and equipment to facilitate the achievement of the “carbon neutrality” target (SDG13) endorsed around the world. A recent study has found that “the technical potential of current wind and solar technologies in China is about 56,550GW, some nine times the level needed for carbon neutrality.” In order for China, the leading global manufacturer, to produce such necessary technical equipment and infrastructure for the clean energy transition, the precondition of an increased and stable supply of minerals needs to be fulfilled. It is in this regard I believe cooperation on mining, in terms of both technology and governance, would be valuable and serviceable.

Apart from cooperation on new extractive projects, the quest for minerals for a smooth clean energy transition would also benefit significantly from recycling and reusing metals (SDG12), through actions such as urban mining. While some common metals such as iron and steel could be recycled from abandoned machinery or construction materials, some precious metals and raw materials that are vital in the manufacturing of renewable energy devices could be recovered from e-waste. As the e-waste generated in developed countries is largely shipped to developing countries, developed countries should shoulder the responsibility of building capacities in developing countries around the urban mining of metals from e-waste. South-South cooperation may also be an option to share urban mining knowledge and build development partnerships (SDG17). If the strategic scenarios of recycling and recovering critical metals from e-waste in Africa were realised, this endeavor would not only contribute mineral materials to the clean energy transition but would also boost industrial and managerial capacities for a circular economy in these lower-income countries, while integrating the existing informal economy of waste processing (SDG8, SDG9 & SDG12).

Furthermore, mining cooperation should not end extraction without considering the environmental impact of such a drastic decision. A full lifecycle of care for the mines is needed. Ecological risks associated with mineral resource extraction are of particular concern in the Belt and Road regions, yet ecological restoration has received little global attention. Several researchers including myself have found, as we elaborated in our paper, challenges including an imperfect multi-stakeholder administration system, a lack of effective remediation technologies, and a shortage of financial support. Therefore, the countries along the Belt and Road should unite to establish extensive policy standards and mine governance systems applicable to the mining lifecycle, improve joint research and development of restoration technologies, and build multi-funding support systems. This ecological restoration process is vital in mining cooperation because an ecologically rehabilitated mine site, preferably with plant cover, contributes to ecosystem balancing and carbon offsetting as we transition to global carbon neutrality (SDG13 & SDG15).

Yanzhu Zhang (MPP 2015) is an alumnus of the Blavatnik School of Government where he was the recipient of a David H Pollock and Tomislav Zegarac Memorial Scholarship. He has been a senior programme manager at the Foreign Environmental Cooperation Center of the Ministry of Ecology and Environment of China, and previously worked at World Bank (headquarters) in Washington D.C. and UNIDO (headquarters) in Vienna. He is a German Chancellor Fellow (2021–2022). The views expressed in this blog post are purely personal. 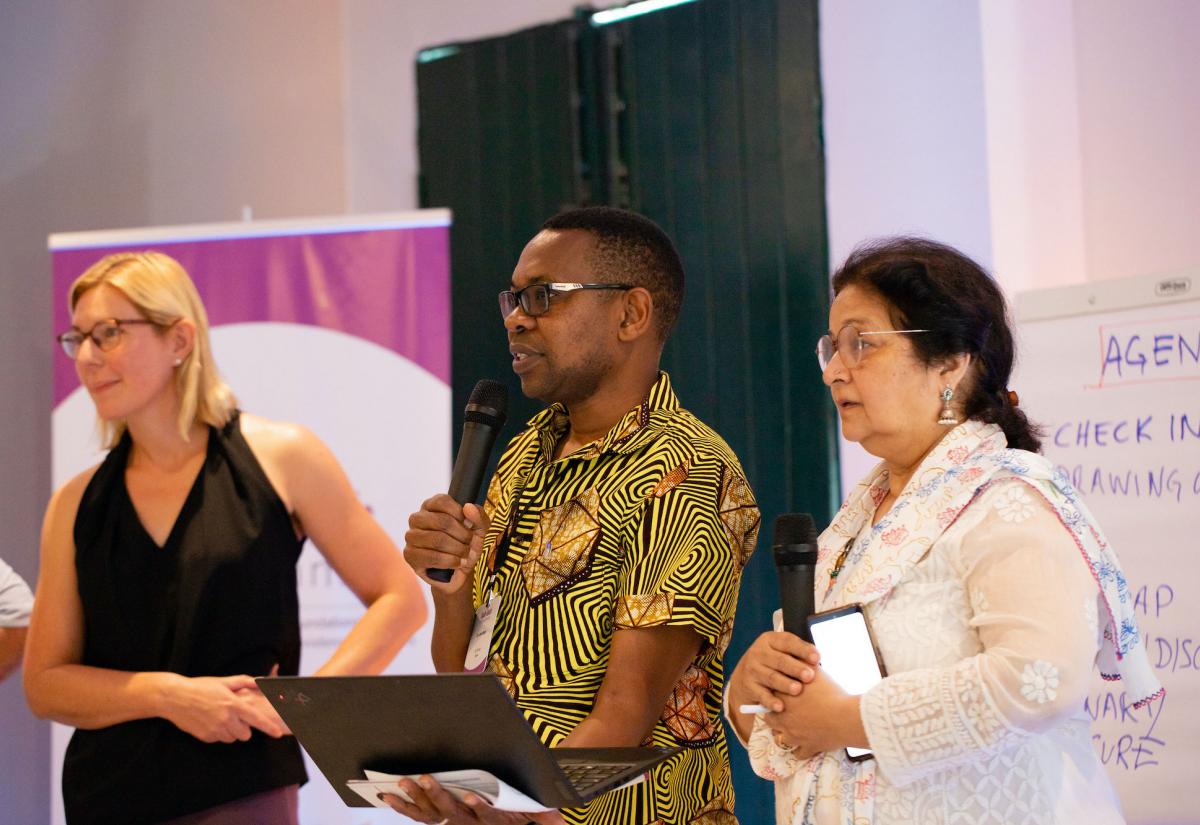 Kenya, Pakistan and Brazil show the power of South-South exchanges in education

Following a meeting of educational leaders from Kenya, Pakistan and Brazil in Northeast Brazil, João Pedro Caleiro reflects on the importance of South-South cooperation in the field of education to build transnational networks and improve learning practices.