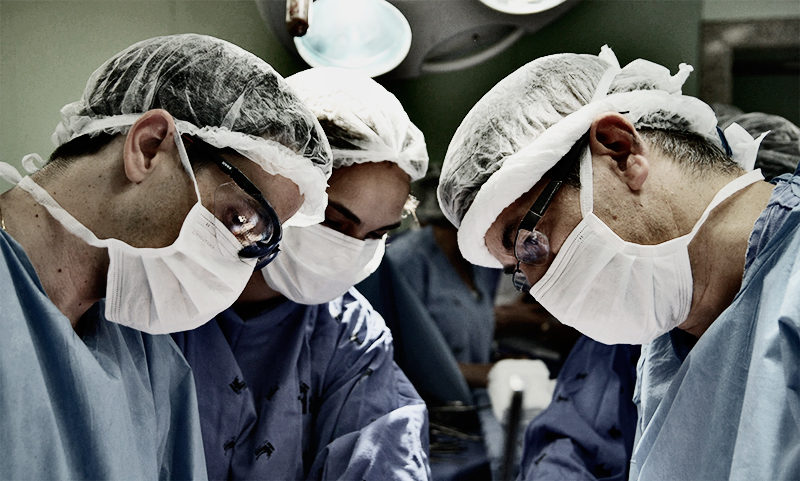 On 22 August 2011, in a hospital in Germany, a final year medical student killed an infant with leukemia by giving a cotrimoxazol suspension into the veins that was supposed to be administered via the oral route - the child died of an anaphylactic shock. This horrific event currently hits the news again in Germany because the student (he is a practicing doctor now) was recently condemned by the court for unintentional killing.

Apparently he was not instructed to give any medication to the child, yet his version of the story is that he felt like it was his duty to do so. And much discussion now hovers around the question of what German final year medical students are allowed to do - and what not. I worry that these discussions risk to become too focused on the legal rights and obligations of medical students and that we lose sight on other perspectives of Germany's medical education that are equally crucial to providing the best and safest possible healthcare to Germany's patients.

Let's first get on the same page and learn a few things about how you can become a medical doctor in Germany. Medical school takes a minimum of six years. The first two years cover the basic sciences (anatomy, biochemistry, psychology, physiology, etc). If you passed all exams and spent some time working as a nurse's aid, you are allowed for the first federal board examination - often called Physikum (although I witnessed bureaucrats getting upset when they hear this unofficial term. The official one, however, is far too long and boring to name here. Never mind - you should have seen it at least once, it's:"Erste Ärztliche Prüfung nach der Approbationsordnung für Ärzte". Welcome to Germany!).

The Physikum consists of two days of multiple choice questions followed by an oral examination. With this certificate in hand, you may now proceed to the clinical part of your studies, which takes you through most medical specialties for the next three years. The courses are mixed with theory and practice and you have to do four months worth of clinical electives (you can do it wherever you want, in any specialty you wish). Most do their doctoral thesis during that time, which is something that only medical students are allowed to do in Germany, a curious tradition.

Many German students complain in abundance about the lack of practical training during this time - I was personally very satisfied with what I got to do. When you passed all your exams you may now be admitted to do your final year elective. No more lecture halls for you. All you do is spend 12 months (incl. 1 month of vacation), working full time in a hospital of which you need to spend four months in internal medicine, four in surgery, and four in a specialty of your choice. It's called the Praktisches Jahr, which translates into (can you guess?) "practical year". Again - you can do that at almost any academic hospital in the world. The bottom line is: this is the phase where you are supposed to slowly go through the metamorphosis of transforming from a medical student into a doctor with full responsibilities. Your puppy license is about to expire. The only thing that comes next is your Hammerexamen (sorry, I obviously meant to say "2. Ärztliche Prüfung nach Approbationsordnung für Ärzte") and you can order your doctor's ID card. (NB: There will be some changes with regards to examinations - but that's another story).

The PJ who killed a baby

Now let's get back to the initial subject: The student who unintentionally killed this baby was a final year medical student in his Practical Year (They are also conveniently called "PJ"). Journalists are now very eager to write reports of young PJs who admit to all the 'dangerous' things they were "made to do" during their electives. (For example, the title of one recent article on Spiegel Online would translate into something like: "Medical Students in the PJ: That Could Have Also Gone Wrong.") The article mostly just states uncommented quotes of students - without putting their comments in a wider context. As of now, it has been shared 979 times on facebook. The complaints are very eclectic - and mostly justified, but they miss the point. Some say that they are forced to do tasks that they are not qualified to do. Others complain that they are not at all times directly supervised by a doctor (which is neither legally required nor feasible). In consequence, there is a rise in discussions and even seminars on the rights and obligations of PJ - both for students and for doctors. They are without any doubt important but also bear the risk of distracting us from many other equally pressing issues while we risk to reduce the practical exposure to our young trainees in order to 'protect' their patients (and themselves) from making mistakes.

Everyone wants a greatly experienced doctor. But doctors first need to get that experience somewhere, don't they? So the question should not be: "How do we limit the responsibilities and practical activities of final year students?" - but much rather: "How do we ensure patient safety without compromising our precious hands-on training to ensure high treatment quality for generations to come?"

Let's just remember for a second that that the typical PJ student only has a couple of months left until he passes his exams and is allowed to start his residency in a hospital. So - by definition - he must have good knowledge about diseases, diagnostics, and treatments. If he does a grave mistake like the student who gave a drug through the wrong route, he clearly has gaps in his clinical knowledge - or was very distracted. Or both. But there is another side to the story: why was the drug in a syringe that was made for intravenous injections in the first place? There are special syringes for the oral administration of drugs that you simply can't connect to an IV-line, no matter how hard you push. The child would not have died that day if the hospital would enforce the right policies (in fact - this issue is currently under investigation by the court).

The whole discourse on the rights and obligations of final year students ignores the fact that also nurses and senior doctors are not immune from making mistakes. Even grave ones. Hence, the current discussion pays too little attention to the fact that many mistakes in hospitals can be prevented by good policies, like the implementation of checklists or safety products like special syringes. However, not all preventive measures are feasible and it is impossible to reach 100% safety even with the most gifted, meticulous staff and the safest of all policies in place.

Hence, to further reduce risks it is important to have a high quality of training - and to have a solid medical knowledge. I know from my own experience both in Germany and abroad that the German medical training follows high standards (which is not going to stop me from pointing at possible improvements as you will see in future posts). But what the German curriculums for medical schools lack, is a stronger emphasis on prevention and safety issues in the training. For example, I have heard of some universities and programs in the United States that require students to conduct small research projects on healthcare quality improvement. What a formidable way of shaping new doctors that actively engage in making healthcare safer!

Finally, there comes the issue of PJ students working without direct supervision. I disagree that this is necessary. The physician who is in charge of them has to teach them and yes he also has to supervise them - but he does not need to be shadowing them all day. When I did my elective in a trauma unit in South Africa as a fourth year medical student, I was worried at first. The unit sees a lot of urgent cases with gunshots, knife-stabs, bottlings, and burns being part of the daily routine. Those were not only life threatening conditions, but also things that I had nearly no exposure to back home. On my first day I told my senior registrar:

"I know that you are all so busy - and I really hope that I will be able to become a valuable member of the team - not just a liability."

She answered in full confidence:

"Don't worry Sven. We will get you there fast!"

I felt so reassured. Her short answer did not only imply that she believed in my ability to grow fast but she also made it sound like it was their responsibility to empower me. Not mine. And whatever new task came up: They always asked me if I felt comfortable trying it by myself. If I did they would let me do it. If not, then they would do it together with me so that I could learn. Every once in a while I felt like a task was too big for me and - even though I was often not directly supervised - I could within minutes get a skilled senior doctor to help me. At any time. Even at 3 AM. We even had the numbers of the head of department and his deputy in our phonebooks.

They gave it to us with the words:

"You can call whenever you want to ask whatever question you may have. You will never hear us being upset at you for doing so. But if you ever make a mistake and you did not call - you will be in big trouble."

I have never in my life learned as much as in these two months in South Africa. I was so excited about the team and the work that I spent 80-90 hours working there - every week. I was given more and more responsibilities. And never did I feel like I was doing something that would be beyond my reach or even endangering patients. On the contrary - never before did I feel more useful to humanity than over there. And I grew tremendously, both in medicine and personally.

Let's not allow this unfortunate event to make us prevent our future doctors from growing. Instead let's strive for safer systems and empowered students.