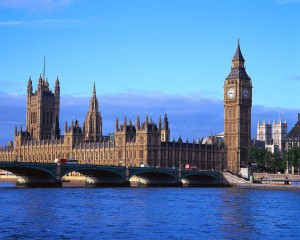 Will public and private sectors ever understand each other?

I’ve just experienced an interesting week of classes in the Organisation & Practice module of the MPP – focusing on the relationship between public and private sectors. There was very good discussion about how the public sector has learnt from the private sector, the accompanying complexities of partnerships, and where the boundaries lie in outsourcing public services.

I was someone who used to work on this very boundary, as a banker working with government during a particularly turbulent period, and had naturally considered this issue at some length. I've never been a believer in the lazy received wisdom of ‘the private sector always knows best’ – the events of the past five years would suggest otherwise.  It cannot have escaped anyone's notice, that when the markets failed and the dominoes began to topple, the only stakeholder who could marshal a coherent and comprehensive response was the state – whether at the national or international level.

But what interested me most from the week’s discussion, was that there was less attention focused on the underlying cultural differences between public and private sectors, and how you bridge that gap to ensure the best outcomes for citizens and shareholders.

I found my role working with the politicians and officials fascinating, but it struck me that there were many barriers to understanding between the public and private sectors and this lack of shared connection could result in issues around the efficiency and effectiveness of policy implementation.

Sometimes it appeared that there was a culturally-ingrained divide – because how does one reconcile an organisation driven by the welfare of citizens, with that of a company focused on shareholder returns?

How do officials and politicians view the private sector, and finance in particular? For example, in the UK, the honeymoon with private finance was over, following some costly experiences with Private Finance Initiative contracts. So did that mean that private finance was automatically to be distrusted?  Well, not across the board, because while banks were facing new systems of closer regulation and oversight, in parallel  there was a drive to encourage pension funds to invest in UK infrastructure.

This latter policy highlights an issue around the perception of financial markets by those who don't operate in them on a daily basis, that somehow these markets possess a metaphorical magic wand which can unlock previously unreachable investments or management discipline which can make policy happen.  The benefits of tapping the market for investment in new policy initiatives were often proclaimed, but to put it mildly, markets do not automatically take into account the public good when making investment decisions, particularly when financial returns from the policy are uncertain.

Emissions markets, social impact bonds, finance based upon payment-by-results – all intriguing ideas with the potential to effect positive change, but too unproven or unstable or simply unclear for mainstream investors. Yet of course, operating in a different culture, officials would sometimes be left surprised about why private investors showed a lack of interest in what was all too clearly a good policy idea.

For the private sector's part, the way that the public sector operated might appear difficult to understand, for example, decision-making cycles on contracts much longer than those of another private sector company, and subject to changing political requirements which held the risk of derailing a negotiation process. There could be a lack of appreciation for the constraints which public officials have to operate under, and most importantly, for the public service ethos they brought to the job.

The idea of direct financial incentives – organisation or personal – for public sector employees may make sense to someone imbued in the private sector, yet officials are also driven by other factors. The private sector may complain about silo-mentality in government or one-size-fits-all, yet themselves spurn partnership thinking with other companies to provide a public service, or sell an off-the-shelf product which is unsuitable for government use.

Language is another issue, public and private make both speak English but mean different things (what does ‘value’ mean?), or make their case in different ways – for example, a carefully-drafted civil service memo, set against a bulleted power-point presentation.

It is fundamental that the private sector, when it deals with government as a client or as an investment, really needs to understand what is important to a decision-making team on the public side – their context, drivers and needs – and deliver what they need for their stakeholders within their timing range. Fundamental, yet not always the reality.

Yet, there is a responsibility to do this, not just in terms of being a competitive business, but because an efficient and effective public sector makes for an improved overall business environment and increased private productivity - whether its better hard infrastructure such as roads and utilities systems, or enhanced workforce skills. So it is in the private sector's interest to actively engage with their counterparts in government and appreciate their position.

So are public and private always culturally going to be two rivers which flow in parallel but never intermingle? I don’t think so.

What is often overlooked in the conventional ‘public versus private’ debate, is that both sectors have much in common – whether the shared national, social and educational experiences of the individuals within the respective institutions; or the not unimportant fact that often service providers to government departments are large organisations themselves, so there is a common awareness of the strengths and weaknesses of sizeable bodies.

Market-led, delivery-focused thinking is not alien to civil servants, and a policy-driven, public service ethos can be found on the private side.  Bureaucracies exist in corporations, and creative-thinking, responsive agencies can be found in the public sector.

There are many practical things one can do to overcome cultural differences.  One option to manage the cultural and knowledge gaps would be to increase the numbers of people from the private sector who have public sector experience, and vice-versa.

This is not unknown, and the recent introduction of non-executive directors to oversee Whitehall departments in the UK is another attempt to achieve a senior inflow of private sector management capabilities. Down from the board level, introducing individuals from one sector into another has its own set of issues, from institutional integration, personal effectiveness, to the organisational ability to accept new thinking.

And this must be a two-way process, it means private sector companies who operate in the public arena, appreciate that civil servants have valuable transferable skills and different ways of thinking which can add value to the shareholder.

With governments around the world relying more and more upon the private-sector to provide for public services, having people with experience of both camps, who can bring the chasm and bring the two sectors together to produce better outcomes and value, will be vital in shaping modern public services.  The flow of skilled and experienced individuals between the two sectors must be increased.
Business and capitalism Economy