Less is more when it comes to migrant rights 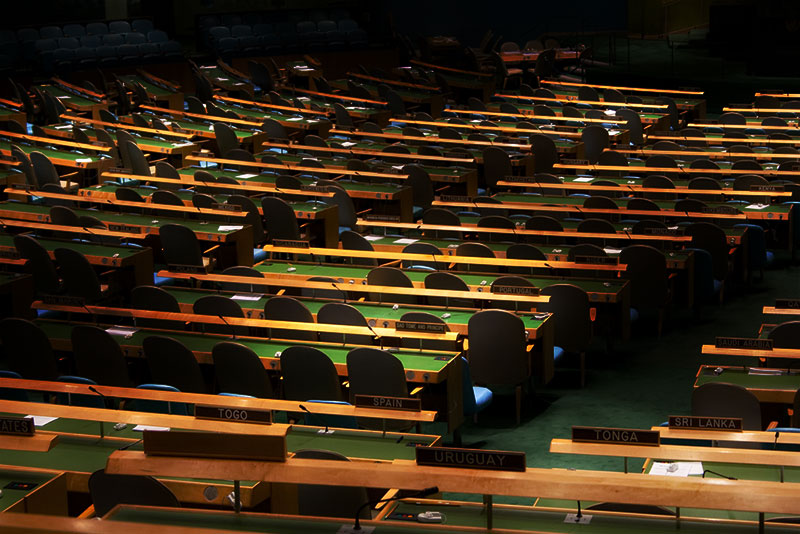 But as they gathered in New York, policymakers  once again overlooked one of the hardest questions in this debate: how to manage the trade-offs in immigration policy between openness to admitting migrant workers and some of the rights migrants are granted after admission.

Qatar and the other Persian Gulf states are examples of countries operating a “high numbers/low rights” system; they have very open admission policies but place severe restrictions on migrants' rights. At the other end of the spectrum you would find some countries of northern Europe, offering migrants comprehensive rights but admitting relatively few migrant workers.

There is a clear trade-off to be made between these two models, but international policymakers are yet to design a strategy for migrant rights with this in mind. The failure to deal with this issue has to end.

The liberalisation of immigration policies in high-income countries is supported by many low-income countries and development organisations such as the World Bank and United Nations Development Programme. There have been particular calls for the rules governing admission of lower-skilled workers to be relaxed. This section of migrants currently face the most restrictions, but it is where migration could easily lead to large gains in income and development. The World Bank, for instance, believes that more international labour migration is one of the most effective ways of raising the incomes of workers in low-income countries.

At the same time, workers rights organisations such as the International Labour Organization (ILO) demand more equal rights for migrants. Activists around the world have called for more countries to ratify the 1990 UN Convention on the Rights of Migrant Workers, which lays out a very comprehensive set of civil, political, economic, and social rights for migrants, including those living and working abroad illegally. To date, fewer than 50 countries, none of them major migrant-receiving countries, have ratified this convention.

The dilemma is that it is not always possible to have both “more migration” and “more rights” for migrant workers. After examining labour immigration policies in over 45 high-income countries, I found an inverse relationship between openness and some rights for migrants. Greater equality of rights for new migrant workers tends to be associated with more restrictive admission policies, especially for admitting lower-skilled workers from poorer countries.

The tension between “access and rights” applies to a few specific rights that are perceived to to be costly for the receiving countries. The right of lower-skilled migrants to access certain welfare services and benefits is particularly affected.

The implication of this trade-off is that insisting that new migrant workers get the same rights as citizens can come at the price of more restrictive admission policies. Equal rights can protect the few migrant workers admitted, but reduce the opportunities of many more to benefit from work available in richer countries.

Few migrant-sending nations insist on full and equal rights for their workers abroad, for fear of reduced access to the labour markets of higher-income countries. Witness, for instance, the muted reaction of the Nepalese government to the deaths of their citizens in Qatar. With the current arrangement suiting both nations' economic interests, the two governments even held a joint press conference to say migrant rights were “fully respected”.

International debates about the global governance of migration have almost completely ignored the trade-off between openness and rights. The Global Forum on Migration and Development in Sweden next year should open up the discussion. We need a reasoned debate between organisations that advocate more migration to promote development, such as the World Bank, and those primarily concerned with the protection and equality of rights, such as the ILO.

So if there is a trade-off to be made between openness and rights, what is the solution? This is an question with no single answer. But there is a strong case for liberalising international labour migration, especially for low-skilled workers. This could be achieved through temporary migration programs that protect a universal set of core rights and account for the interests of nation-states by restricting a few specific rights that create net costs for receiving countries, and are therefore obstacles to more open admission policies.

We should start discussing the creation of a list of universal “core rights” for migrant workers. Exactly which rights would be on this list is still up for debate, but it is a debate that should be at the centre of upcoming discussions on the global governance of migration.

A “core” list would include fewer rights than the 1990 Convention, but more countries would be likely to accept it. Most significantly, that would include those countries that admit large numbers and currently have minimal incentive to seriously improve conditions. Thus, given the mass numbers involved, overall protection for migrant workers would be increased.

It might be a counter-intuitive conclusion, but it is one grounded in reality: when it comes to protecting migrant rights, it turns out less is more.

Martin Ruhs is an Associated Faculty of the Blavatnik School of Government where he teaches on international migration and public policy. This piece is based on a book ('The Price of Rights: Regulating International Labor Migration'), which was written while Martin Ruhs was a researcher at Oxford University's Centre on Migration, Policy and Society (COMPAS) which is core-funded by the Economic and Social Research Council (ESRC). More details at: www.priceofrights.com

This is a marginally revised version of an article  originally published at The Conversation.