‘Leave no woman behind’: key action areas to achieve the UN global goal on gender 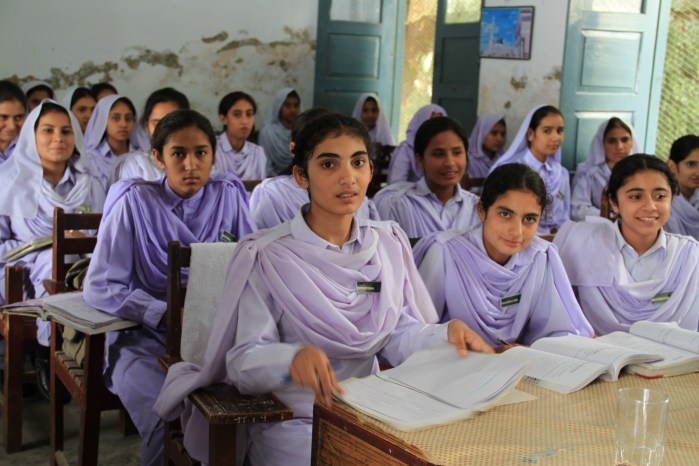 In my home country of Pakistan, I have witnessed the lack of opportunities for women to achieve their full economic potential. Policymakers must identify transformative policy solutions for women to develop skills, earn an income, and secure equitable access to credit, information and markets. Increasing women’s labour force participation will promote economic growth, combat poverty, and bring us closer to achieving the United Nations' Sustainable Development Goals. As I reflect on these goals from the perspective of a not-for-profit entrepreneur focused on empowering women to become entrepreneurs themselves, I believe there are four concrete action items that governments can focus on, which, if implemented, will result in achieving the relevant Sustainable Development Goals by the 2030 deadline.

UN Women research conducted across 89 countries found that between the ages of 20 and 34, women are more likely to live in poverty than men. In addition, according to the International Labour Organisation, women perform more than 75% of unpaid domestic work, which results in women’s reduced participation in the labour force.

Making available adequate public
resources for gender equality and women’s empowerment is an important step to
address these challenges. The United
Nations Capital Development Fund (UNCDF) has been supporting local governments through gender-responsive
policies, investing in projects, budgets and plans that address structural and
financial impediments preventing women from entering the labour market. The UNCDF's experience demonstrates that local
public resources can be redirected to projects and initiatives that reduce
gender inequalities and promote better economic opportunities for women.

Government investment in social transfer programmes, which provide benefits for families with children and single-parent households headed by women, could also act as a catalyst for change in the lives of these women, who otherwise spend the majority of their time performing unpaid care work. Canada’s Feminist International Assistance policy is a major milestone in this area, aiming to empower all women and girls by accelerating income generation opportunities and reducing poverty. It considers women and girls as powerful agents of change, who have the ability to transform their families and households, societies and economies.

Women encounter many structural barriers along their journey to economic empowerment. My own experience taught me that when women find an opportunity to enter the workforce, they are restricted by having to obtain permission from male members of the family to work outside the home. Furthermore, persistent gender imbalances in the workforce, such as discriminatory laws, social and cultural norms, lower educational attainment, and a lack of credit, leave little hope for women in the male-dominated workforce.

Governments and NGOs should lead community-wide awareness campaigns to inform women about opportunities available to them. Investing in skills training, increasing access to financial services and developing market linkages will empower unemployed women to start their own businesses. One promising methodology to economically and socially empower women is through informal savings and loans groups where group members, the majority of whom are women, meet weekly to pool savings and lend these funds internally to each other. For instance, the UNCDF has been supporting access to finance by linking savings groups to formal financial institutions in Africa. These groups have proven to not only economically empower women but also help to build agency and voice among the members, as well as pass on health, agriculture and education messaging.  Some groups used pooled resources to purchase shared assets; other groups have resulted in political representation by the women.

Alongside economic progress, governments and NGOs must educate men about the importance of gender equality, as evidence emerges that, in some cases, women’s economic empowerment may result in increased gender-based violence. Researchers investigating the World Bank’s Nigeria For Women Project (NFWP), which supports livelihood empowerment for women through initiatives such as financial grants and personal skills development, concluded that shifts in traditional gender roles as a result of such projects could lead to backlash in male-dominated communities. While we do not have a silver bullet for cultural transformation, a key intervention is to work in partnership with men and boys, communities and households. In Canada, Prime Minister Justin Trudeau is a strong advocate for UN Women’s He for She Campaign, which works with male business and government leaders to institutionalise gender equality and women’s economic empowerment.

An inclusive economy is one in which there is
opportunity for shared prosperity, yet women’s work has traditionally been
undervalued and unreported. According to the 2015 McKinsey Global Institute Report, in the ‘full potential’ scenario projected for 2025, the equal
participation of women and men in the economy would add $28 trillion to the
annual GDP. Realising the full potential of women’s economic participation will
require an increase in women leading public sector organisations, reallocating
public expenditures to promote women’s economic empowerment, and measuring the
gender impact of public policies.

Governments should strive to create an infrastructure in which women can break the intergenerational cycle of extreme poverty, and move upwards on the economic ladder. In the developing world, 70% of women-owned enterprises face existential crises when they cannot raise enough capital to start, sustain and grow their businesses, resulting in $1.5 trillion in credit deficit for women entrepreneurs. The Women Entrepreneurs Financial Initiative (We-Fi), a collaborative initiative hosted by the World Bank, has pooled over $350 million to meet this demand. We-Fi allocated the first round of $120 million in 2018 and is expected to mobilise an additional $1.6 billion from outside sources for projects that address barriers facing women entrepreneurs. Overall, We-Fi’s expected results include 57,400 new jobs, and support to more than 45,000 women entrepreneurs.

Public and private enterprises should use domestic
resources to close the financing gap to promote women’s economic empowerment.
For instance, national partnerships between big businesses and UN Women would
advance the main targets highlighted above through policy initiatives. The Global Innovation Coalition for Change, a 27-member key stakeholder partnership convened by UN Women, has
representatives from the private sector, academia and non-profit organisations
working to accelerate investments in innovation for women and girls. Private
and public enterprises should also strive to reduce gender gaps and promote
equality in the workforce.

Governments and mobile networks operators (MNOs)
should form partnerships to provide women with identity-linked mobile services
to reduce access and identity-related barriers. For instance, Aadhaar, India’s
national identity programme, is working with mobile network operators to
increase women’s access to social welfare benefits in rural areas. In addition,
the Indian government has provided licenses to MNOs to operate their own
banking services. MNOs have the potential to provide financial inclusion
services to 60% of Indian women who do not have access to a bank account.

The next few years will prove crucial in determining whether stakeholders can increase women’s participation in the workforce and move closer to achieving gender equality in the developing world. As countries aim to ‘leave no woman behind’, investment in women’s economic empowerment will be critical to promoting women’s rights.

Syed Shoaib Hasan Rizvi (MPP 2018) undertook his summer project at the UN Capital Development Fund (an affiliate of UNDP). He is the founder of 'I am an entrepeneur', a not-for-profit organisation that provides skills training, microloans and mentorship to women in Pakistan who have the passion to start their own ventures but lack resources.