Leadership is everyone’s act of citizenship 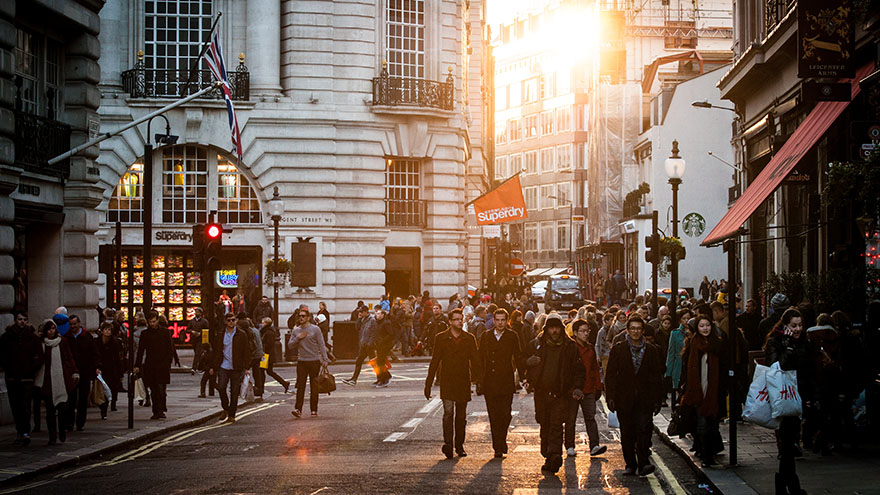 On 24 June 2016, I devised a game I have been playing ever since. Virtually every time I meet a group of people to talk things like change and leadership, the future of work and politics, the future of Europe or democracy, I ask: “If you are under 35, please raise your hand.”

On lucky occasions, about a third to half of the room takes the shape of waved arms. Then, I continue: “If you are engaged or you are planning to engage in politics or civil service, please keep your hand up. The rest please put it down.” At this point, a usually blushing audience withdraws, with very few exceptions.

I have been playing this game with groups as large as hundreds to as small as 20 people, from the stage of the World Economic Forum to high school classrooms. The number of players changes, but the results don’t: in my anecdotal experience only 3-5% of those who raise their hand keep it up. Yet, virtually everyone – whether handraiser or not – is craving change and voicing dissatisfaction with today’s state of affairs.

I started playing the game the day that I woke up to the results of the UK referendum on membership of the European Union – one that my generation of Millennials and I, in particular, had not hoped for. Then, many of us realised that change is not a one-click online order; that voting trumps democracy in pyjamas on social media. Perhaps, used to the comfortable immediacy of Amazon deliveries, too many of us have resigned from their role as active citizens. Perhaps, we expected democratic change to come about in the same seamless fashion. Unfortunately, democracy isn’t e-commerce.

The paradox is that our complacency as citizens has been growing hand in hand with distrust, not just of institutions but also of democracy itself. In most Western democracies, voter turnout has been surfing a long wave of decline. This has been especially true for younger voters, who have managed to convince themselves to be surprised at the results of that referendum in the UK or of more recent electoral outcomes. The worrying consequence of youth losing the elections game seems to be their loss of faith in democracy.

Surely, the dog is biting its own tail. Yet, over time, this vicious cycle of cynicism can lead to a democratic breakdown. Today, low trust in politicians discourages participation. Thus, certain groups end up underrepresented. This in turn leads to even lower trust in the governing, which makes the governed ever more reluctant to participate. So the vicious cycle carries on. In the meantime, we keep asking: Where is the leader that will save us?

In parallel, many of those who don’t show up at the polls are retreating to an online world where democratic discussion is overtaken by radical deafness. The perception of having the truth at click-length and the chance to voice it with the same ease focuses us on retweets rather than respect, ‘likes’ rather than listening. So we lock ourselves up in filter bubbles, losing the ability to tell fiction from fact: 8 in 10 high-schoolers in the US are unable to spot fake news. As we retreat from citizenship, we are also less trained to exercise it in a world that gets more complex by the second.

Luckily, there are signs that tides may be turning. The sentiment of resistance that has erupted after undesired electoral outcomes and the long-matured appetite for change are now mixing into progressive creativity: citizen entrepreneurs are on the rise. On 21 January, 2017, women in Washington got the world to march. The Women’s March is now turning from an episode into an organic platform for organising. On 15 March, the Dutch people ran counter to participation trends and showed up in greater numbers than the previous elections, to affirm a message of openness and protection in a world that is tempted to spin close and protectionist. On 25 March, a chorus of marching voices from Rome to Warsaw and London showed that Europeans exist and they are individually stronger when collectively united, contrary to populist and popular myths.

Lately, I have been adding a twist to my game: I no longer ask only the under-35s to participate. So it goes: “If you are a citizen, please raise your hand.” The results marginally change. And so will the things we dislike in our democracies, if we do not engage.

The good news is: people want to engage, like the majority of young Belgians who declare themselves ready to join a movement for change. The better news is: opportunities to engage are more than we think and we have more instruments to create them than ever before. Civic entrepreneurship is about more than marching: it is about transforming collective action into specific projects. It is the developer who gathers his community to develop tech solutions to welcome refugees. It is the citizen that starts a petition to keep water a public good or universities open. It is the community that participates in setting the budget of their municipality, bringing evidence and lived experience into policymaking.

In the 21st century, leadership can be written as citizenship. Surely, parties and institutions could be made more accessible. But, today, politics can be more than partisanship. This is my plea for civic entrepreneurship. Will you keep your hand up?

The views expressed in this article are those of the author alone and not necessarily of the European Commission.

This article originally appeared in LINC Magazine on 12 April 2017.

Leonardo Quattrucci is an alumnus of the Blavatnik School of Governement (MPP Class of 2013). He is Policy Adviser to the Head of the European Political Strategy Centre (EPSC).
Democracy and politics