The journey from Oxford to Rio 2016’s Opening Ceremony 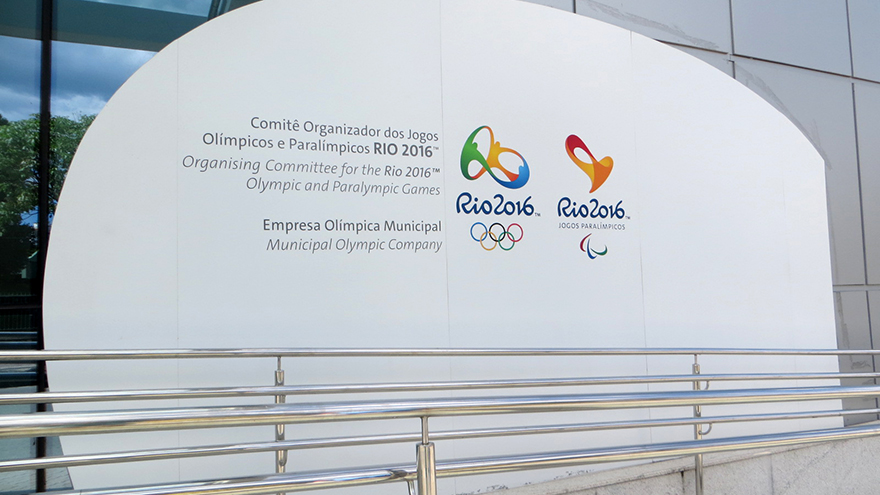 During my time in the MPP, a senior civil servant delivered a lecture about his experience organising the London 2012 Olympic Games. I had not fully understood the scale of the Olympic Games before that lecture, nor had I thought about the vast amount of planning and infrastructure that goes into making the Games possible.

The fact that it takes more than seven years for thousands of people to plan a three-week event is an indicator of their scale.

Now, on the day of the Opening Ceremony of the Rio 2016 Olympic Games, I am proud to be involved first hand.

After spending my summer project at a global communications firm in São Paulo, I decided to extend my stay in Brazil. As an Ecuadorian living in São Paulo, I felt a growing desire to get to know South America’s largest country and main business hub.

Needless to say that when I was offered the opportunity to work on Rio 2016, I jumped at the chance to be involved. Although I had not worked in sport before, I knew it would be a unique experience, and the challenges of coordinating such a large project would become useful in the future.

Within Rio 2016 I coordinate a portfolio of thirteen Olympic Committees from Latin America and the Caribbean. My main objective is to ensure that our infrastructure and services are adjusting adequately to the different reality of each one of my clients. Developing a solid understanding of each of those thirteen Olympic Committees and their operations is important to advise them with regard to logistics, security, accreditation, and finance in the specific context of Rio and Brazil. It is a generalist role where we need to have in-depth knowledge of all aspects of the Games, and the city-wide operations that affect them.

My day-to-day job varies slightly depending on the size of the Olympic Committee’s delegation that I am working with. On the one hand, I take care of some very large delegations (200-300 people), where the challenges I face are usually related to the size and complexity of their operations. On the other hand, I also work with some very small delegations (5-10 people) which provide a fascinating and inspiring insight into some of the less well-known areas of the planet.

Finding efficient ways to communicate and operate within these different global contexts is one of the most enjoyable parts of my job, as well as working alongside Olympic Committees from every single country in the world. With 206 of them present in the Olympic Village, they represent more countries than there are in the United Nations. Beneath their organizational structure lie thousands of athletes, many of whom go through extraordinary sacrifices in order to make it to the Rio for the Olympic Games. A good example of this are the athletes who are here with us in the Olympic Village as part of the first ever Refugee Olympic Team.

The skills I acquired throughout the MPP provide a solid base for my day to day work – in particular, I feel that the degree improved my ability to quickly make sense of large, complex tasks and find innovative and efficient ways to solve them. Even more so, in Oxford I have gained some great friends who inspire me every day, and who I can call upon when I need advice – passionate people with an interest in global affairs, and a habit of placing themselves in the middle of interesting and transformational projects.

The Olympic Games are a great opportunity for any country. They are capable of delivering important developments in infrastructure, transport, human capital, and more. If managed correctly, they can go beyond providing unforgettable memories for the inhabitants of Rio, and unlock valuable skills for thousands of people. However, it is ultimately this city and its citizens who will be responsible for deciding if and how they will take advantage of this opportunity, and I wish them every possible success.

Nicolas Robinson Andrade is a Blavatnik School of Government’s alumnus (MPP 2013). He is currently working as Olympic Committee coordinator for Latin America and the Caribbean at Rio 2016.
The School Economy