It's perfectly sensible to want a second EU referendum. Here's why 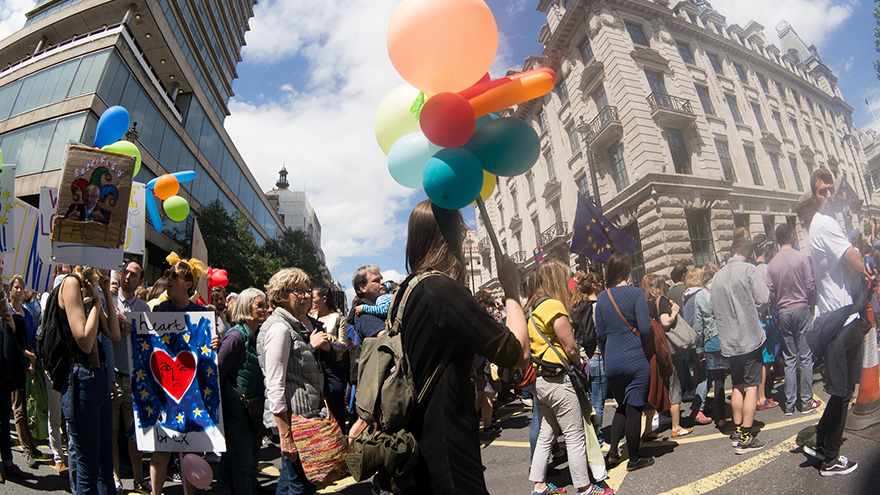 In 1955, a referendum was held in Sweden on whether the country should continue to drive on the left or if there should be a switch to the right. A government committee investigating this issue had recommended such a change, the main argument being that this was the traffic system in all neighbouring countries (Denmark, Norway, Finland, Germany. . .).

In the mid-1950s, opinion polls were not regularly held and the result of the referendum came as a big surprise. No less than 83 per cent of the voters wanted to keep left-side driving and only 15 per cent supported a change. Constitutionally, however, referendums in Sweden are not binding and in 1963, a very large majority in the Parliament (294 against 50) decided that the country should switch. What is interesting is that there was hardly any critique of this decision from the very large majority who had voted for keeping driving on the left.

The actual change of the traffic system took place in 1967 and I vividly remember the massive information campaign during my first weeks in high school. The general mood then and ever since has been that it was a very wise decision by the Swedish Parliament to disregard the referendum and decide to change. The 83 per cent who voted against a change had simply been wrong.

Although the issue of UK remaining or leaving the European Union is a bigger thing, this shows that the result of a referendum should neither be seen as set in stone nor as having absolute democratic legitimacy. In fact, it is easy to come up with examples where it is clear that majorities have been completely and utterly wrong. This is true in ethical issues (think of the white racist majority in the American south during the civil rights movement in the 1960s, or the situation in Germany in the 1930s). But it is also true when it comes to matters of fact, as shown in the many local referendums in the United States about water fluoridation. Although the scientific evidence of the benefits of this is crystal clear, many local referendums have produced majorities against. This has been detrimental both to the voters’ (and especially their children’s) personal health and also resulted in much larger bills from their dentists.

In political philosophy, this is known as the “epistemic problem of democracy”. Simply put, political legitimacy is not only dependent on a decision getting support by the majority. In addition, the epistemic theory of democracy points to the need for the decisions to also be in some sense “true” and “right”. Decisions need to be “true” in the sense that they are not based on what is known to be factually wrong. A case in point is former South African President Thabo Mbeki’s policies for handling the HIV/AIDS disease. According to a conservative estimation, the policies launched by the democratically elected South African government in this area caused the premature death of some 340,000 individuals. As is well-known, the party responsible for this catastrophe continues to have the support of a majority of voters in South Africa.

Moreover, decisions needs to be “right” in the sense that ever so large majorities should not infringe on individual human and political rights, as now seem to be the case in Turkey.

In this light, another illustration about the problems with referendums can be seen from the decision about nuclear power in Sweden. After the disaster at the Harrisburg nuclear power plant in the U.S. in 1979, the Swedish government panicked and decided that a referendum should be held about the future use of nuclear energy. The issue of nuclear had been very high on the country’s political agenda since the beginning of the 1970s. The political parties produced three alternatives for the referendum, all stating that nuclear power should be abolished. The first proposed that the six existing nuclear power plants should be closed within 10 years and the six new plants that were either planned or being constructed should not be opened. The other two alternatives differed about public or private ownership but both stated that nuclear power should be abolished when other energy resources were available. In the debate, this was said to be within 25 years.

The majority voted for these two latter alternatives, thought of as ending nuclear power “within reason”. The referendum was held in 1980, and now, 36 years later, nine of the 12 nuclear power plants are still running. A clear majority voted to have nuclear power abolished by 2005 but this has not happened. The reason is that the successful proposals won because they promised something that in reality they could not guarantee, namely that other (and more safe) sources of energy would be available within a specific time horizon. The referendum in 1980 is now generally seen as an embarrassment.

My point is this – the leave side won because they, like the winning side in the Swedish referendum about nuclear power, promised something that does not exist. The idea that the UK could leave the EU but still have access to the single market without paying into the EU budget is a clear fantasy. Within days of the referendum result, leading politicians on the leave side had to admit that what they had promised was a mirage. Similarly, the idea that Britain will get access to the EU market but say no to free movement of labour is also pure fantasy – the likelihood that countries such as Poland and Romania would not veto such a deal is zero.

The slogan “Brexit means Brexit” is thus meaningless because no one knows what a Brexit alternative will look like. This is the downside of referendums, namely that it is too easy to win if you launch an alternative that is a mirage. Real politics is about taking responsibility for making difficult choices between far-from-perfect “real-world” alternatives. The implication is that when the leave side finally produces a deal that instead of offering magic specifies the actual conditions under which the United Kingdom will leave the EU, there should be a new referendum.

This article was originally published in the New Statesman on September 7, 2016.