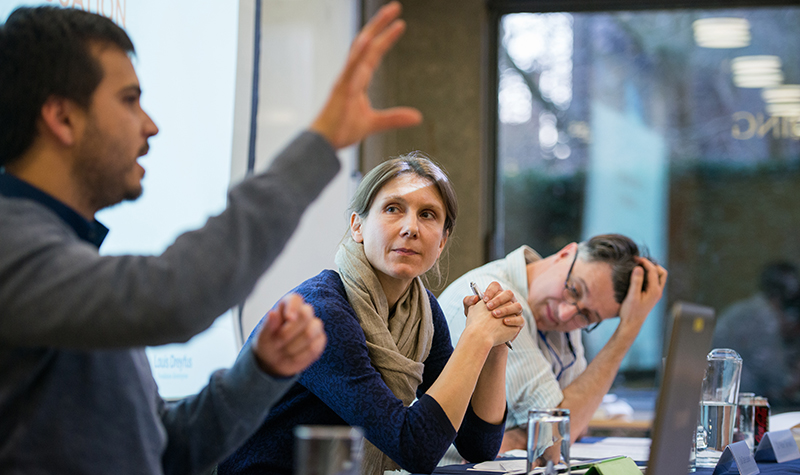 A summary of the issues raised in a session on "Innovations in education" at the Blavatnik School's Challenges of Government Conference.

As the Co-Founder of Educación 2020, Chile, a movement that seeks to improve equity in Chilean education, Matías Reeves was positive about citizen participation in education. Educación 2020 has been successful in designing policies for education in Chile, creating a roadmap that is crucially supported by politicians, including Michelle Bachelet, who served as president of Chile from 2006-2010 [editor's note: and she was re-elected to President on 15 December 2013]. The movement has also supported school principals and successfully mobilized across different groups in society.

He pointed to the need for reform in the Chilean education system. Despite the seemingly successful implementation of the voucher system in Chile, under which schools receive direct payments based on attendance, the Chilean education system remains one of the most segregated in the world. The voucher system perpetuates segregation where poor students attend poorer schools and rich students attend wealthier schools.

Matías believes that citizen participation is crucial to achieving reform - mobilizing citizens and empowering them with information to make government more accountable.

Pieter Serneels concentrated on answering the question: can people power make education more effective? His conclusion is that it is possible for people power to increase effectiveness in education, but we have to be careful in reaching this conclusion.

In his research, Pieter has focused on one of the core causes of failure in education, mainly, that schools don’t perform because of high absence rates among students and teachers. This is due to the “weakness of accountability mechanisms between school administrators, teachers and the communities.” He shared the findings from his research that developed a community-based monitoring intervention where parents were involved to monitor their child’s attendance.

The results of the intervention showed that monitoring by beneficiaries, what Pieter termed the ‘Silent Whisper Approach’ for mobilizing people power, does not necessarily improve effectiveness in education. Parents are not always the best interveners: they have limited time and they cannot always motivate their children because they too may be demotivated by the short-run low returns to education. This is the Achilles Heel of people power - that people themselves may be demotivated.

Pieter rather supports a gradual approach to involving people power that requires data to provide evidence, careful incentive design and time to let interventions settle in.