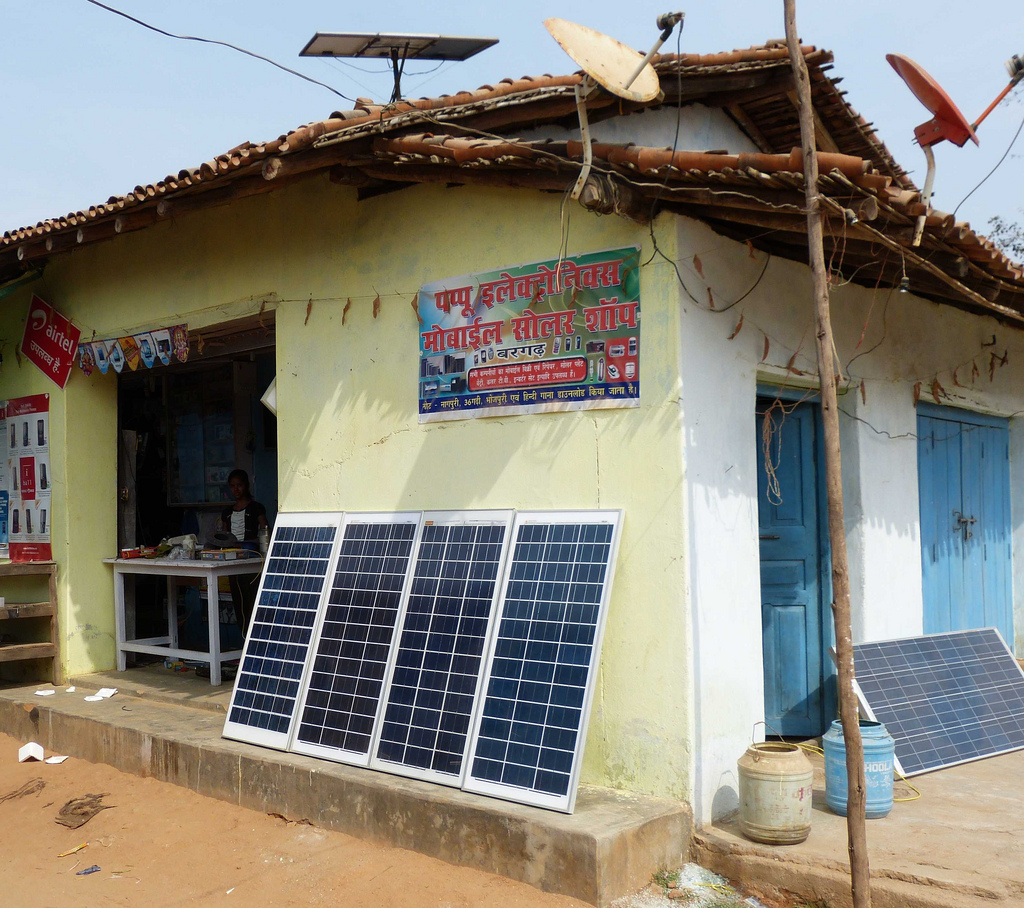 India is doing a lot to combat climate change. It is time to let the world know, and to be more proactive in international climate negotiations

India is changing, yet the government’s position in international climate negotiations is not. Despite increasingly ambitious national policies, India’s climate diplomats have maintained essentially the same stance since negotiations began in 1992: developed countries must commit to a legally binding schedule of emission reductions, while developing countries retain their right to carbon-intensive development.

While India is certainly right to insist on strong action from rich countries, this strategy has yielded precious few results over the last two decades. At the most recent climate talks in Poland, countries re-committed to negotiate a new climate treaty by the end of 2015, but it is far from clear – with few changes in positioning from any parties – how they will achieve in 18 months the “global deal” that has eluded them for the past two decades.

In the meantime, as the impacts of climate change make themselves visible, India is becoming ever more vulnerable at home. Monsoons, the lifeblood of the Indian agrarian economy, are becoming erratic and unpredictable. Coastline populations are finding themselves subject to increasingly frequent inundation. Add to this the threat of more severe droughts and flooding, and the shining vision of India’s future begins to pale. It is undoubtedly in India’s interests, therefore, to develop new strategies that might help galvanize a global deal.

Fortunately, while India’s diplomats have maintained a conservative position in international climate talks, the country’s cities, companies and civil society groups have been forging ahead with action. As multilateral negotiations have descended into gridlock, sub- and non-state actors have taken action into their own hands, building dozens of international networks to decarbonize growth and adapt to the effects of climate change.

Leading the way at home

While at the international level, the Indian government has resisted taking on emission reduction targets, a growing number of Indian states are moving forward with bold action. So far, nine state climate action plans have been approved and three others are under consideration. The Himachal Pradesh government recently announced that it would become the first state in the country to become carbon neutral by 2020, by undertaking “carbon-smart growth.” Other states, too, are starting to guide the adoption of low carbon technologies through a mixture of taxes and incentives. Rajasthan, Karnataka, Delhi, Chhattisgarh, Maharashtra and Kerala, for example, offer reduced VAT and road tax for the purchase of electric vehicles.

Cities have proven even stronger supporters of climate action because of their pivotal role in the process of urbanization. According to a McKinsey 2009 report, “80% of the India of 2030 is yet to be built.” Many cities are trying to ensure that this development takes on a greener form. Nearly 60 cities across the country, for example, are engaged in the “solar cities” project, which seeks to reduce each participating city’s emissions by 10 percent by 2017 through the deployment of solar technology and energy efficiency measures.

Cities are also developing their mass transit systems. So far 10 cities have metro rail systems either established or under construction, with 15 more planning to join the list. The Delhi Metro Rail Corporation (DMRC) was the first mass transit authority in the world to receive carbon credits for using new technologies such as regenerative breaking to reduce energy consumption. In addition, the DMRC plans to use several of its stations to harvest energy through rooftop solar PV deployment.

Beyond cities, a growing number of Indian companies are waking up to the urgency of sustainable business models. In 2013, a survey of 55 Indian companies, comprising of 10% of India’s total emissions and 45% of the country’s industrial emissions, revealed that 93% of these companies are implementing emissions reduction initiatives. The majority of this effort, says the survey, is being driven by India’s Bureau of Energy Efficiency’s “Perform, Achieve, Trade” programme, launched in 2012. These companies’ combined emission reduction efforts are saving 2.5 million metric tons of carbon dioxide equivalent annually.

Some companies have been taking a particular lead. At Wipro, climate change has been added to the company’s risk assessment portfolio. ITC intends to be the first company of its size and scope to become carbon and water positive, and has already demonstrated a 1.73% reduction in total energy use despite growing its overall business. Tata Steel has announced plans to reduce its absolute greenhouse gas emissions by 20% over the next decade, primarily through waste heat recovery. Other companies, such as Grundfos, which builds water pumps for use in agriculture, believes its role is not only to alter the Indian market through the provision of more efficient technologies but also to green its own operations. To this end, the company installed a rooftop solar power plant at its Chennai headquarters in 2013, which has reduced emissions by 70%.

India’s robust civil society organizations are also finding new ways to address climate change at home. The launch of the Fair Climate Network in 2014 is a great example. The network consists of 24 grassroots NGOs and 24 support organizations who are working with rural communities to develop pro-poor projects and to tap carbon financing for the sustainable development of some India’s poorest, through the Clean Development Mechanism. Recently, Indigo airlines announced a partnership with the Fair Climate Network in which passengers will now have the choice to opt for a programme to purchase offsets generated by more than 300,000 Indian families from 36 climate mitigation projects.

Do these bottom-up actions — not just in India, but around the world — bring us closer to a global solution? While it can be difficult to quantify the impacts of such a diversity of efforts, new research offers one window for analysis. A team of researchers in Canada, Switzerland and Britain has found that Indian cities, companies and NGOs participate in international climate action networks more than those of any other developing country.

Compiling membership lists for 75 of these networks between 1990 and 2012, the team was able to record which sub- and non-state actors from different countries participate in bottom-up climate action at the international level, and to what degree. As we would expect, large countries and a number of medium-sized European states participate the most overall. However, India leads among developing countries by a significant margin, with 25% more cities, companies and other sub or non-state actors participating than China, and nearly three times as many as Brazil.

The number of cities, companies, and civil society groups that participated in international climate networks 1990-2012, by country (Source: Andonova, Hale, and Roger 2014)


Looking at an adjusted measure of participation, which excludes some of the largest initiatives (which could skew the results), Indian participation emerges as even more robust, ranking just behind the US and Britain in terms of absolute participation.

If we weight countries’ participation by the size of their economies (a proxy for their size and innate ability to participate), Indian participation looks stronger still. By this measure, which is perhaps the most meaningful of the three, India scores second in the world (behind Turkey), with more than twice as much participation per unit of economic output as Brazil, China, or the US.

A bottom-up catalyst for the UN talks

Bottom-up actions are not, of course, a substitute for a global treaty on climate change. They are, however, a fundamental part of the process of actualizing change on the ground and keeping our climate system within safe boundaries. Recognizing them within the UN process could help make the 2015 treaty as ambitious as possible, by better demonstrating what is already taking place at a country level, despite unyielding negotiating positions.

For a process that lacks trust between parties, greater engagement and understanding amongst the highest emitters is critical to creating the right conditions for success. In the light of these findings, the Indian government possesses an extraordinary opportunity to build on this bottom-up leadership and reinvigorate international climate policy.

India’s cities, companies, and NGOs are global leaders in bottom-up climate action. Recognizing this at the global level shows India to be more than just a strong advocate of equity in the climate talks. It shows the country as a proactive leader in the fight against climate change. The time is ripe to recognize and incorporate the upwelling of sub state activity to address climate change, both within India and around the world.

Thomas Hale is a postdoctoral research fellow at the Blavatnik School of Government, Oxford University; his most recent book is Gridlock: Why Global Cooperation is Failing when We Need It Most. Kartikeya Singh, currently a visiting fellow at the Shakti Sustainable Energy Foundation in New Delhi, is pursuing his Ph.D. at the Fletcher School of Law & Diplomacy at Tufts University, Boston.