The Indian state and its counter-productive counter-terrorism 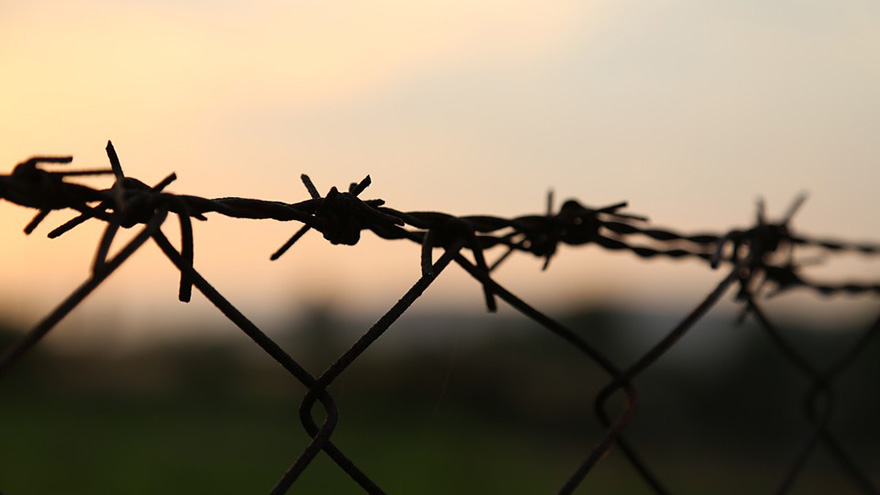 Earlier this week, the Maharashtra Control of Organised Crime Act (MCOCA) special court discharged the eight accused in the 2006 Malegaon blasts case. In 2012, Mohammed Aamir Khan was acquitted in 18 cases of terrorism after being behind bars for 14 long years, charged with masterminding 20 bomb blasts in and around Delhi between 1996 and 1997. In May 2014, the Supreme Court of India acquitted the six accused in the 2002 Akshardham terror attack case, three of whom had been awarded the death sentence under the now-repealed Prevention of Terrorism Act, 2002 (POTA).

In all three cases, the accused persons were discharged or acquitted for want of evidence. In all three cases, the accused persons alleged severe torture by which they were forced to confess to the terror attacks. In the Akshardham terror attack judgment of 2014, the Supreme Court rapped the investigation agencies for their incompetence resulting in the wrongful conviction of innocents. In the Malegaon blasts case, the MCOCA special court declared that the accused were made ‘scapegoats’ by the Anti-Terrorism Squad (ATS).

Why is torture used at all?

The MCOCA, 1999 as well POTA, 2002 allowed confessions to police to be used as evidence against an accused person. Darius Rejali, professor of political science and international expert on torture, says in his 2007 book Torture and Democracy that demands for torture arise in democracies due to three distinct processes. He terms the first process the National Security Model where torture is used as a tool of state policy, to combat threats to national security.  The second model presented by Rejali is the Juridical Model where he believes that torture has arisen due to over-emphasis on confessions as evidence by judicial systems. The high value placed on confessions results in even ordinary criminals becoming victims of torture as police personnel will do anything in order to secure a written confession. The third model postulated by Rejali is the Civic Discipline Model where democracies want civic discipline, and torture is a tool to keep people in their place – those ‘quasi-citizens and non-citizens’, vulnerable groups of people that need to be ‘disciplined’ for public order to be maintained.

In the cases I have illustrated we see a combination of the three models articulated by Rejali. The men were picked up and tortured in a case involving national security, forced to confess because of the over-emphasis on confessions under the MCOCA and POTA (in two of the three cases) and they were all vulnerable individuals, members of a community that has been historically subjected to violence and communalism, making them easy targets of prejudicial and malevolent state agents. If India is to become serious about investigating cases of terrorism (or indeed any crimes), we must recognise that our system is built in a way that allows the easy abuse of the vulnerable and makes it extremely effortless for police authorities to pin the crimes on anyone they like. Consequently, the real culprits get away scot free, the judiciary is clogged with false cases and mired in reams of inadequate or fake evidence that is the product of botched up investigations. We have scores of innocent persons languishing in our prisons, their lives snatched away, their reputation besmirched by a scurrilous media.

The case for non-coercive interrogation

One way in which India can deal with this atrocious breakdown of justice is to re-examine the way crime is investigated in the country.  Recent research by Jane Goodman-Delahunty, Mandeep K. Dhami and Natalie Martschuk on the efficacy of interrogation methods – based on interviews with interrogators and high-value detainees, which has been published in the journal Applied Cognitive Psychology – has confirmed two things. Firstly, social strategies like rapport building and procedurally fair elements reportedly prompted earlier disclosures and reported confessions were four times as likely when a neutral and respectful stance that allowed detainees to express their viewpoints was adopted. Secondly, coercive techniques were inefficient and counterproductive and confronting a detainee with explicit evidence generally increased resistance, thereby leading to fewer disclosures and less meaningful information.

This study found that non-coercive, information gathering interview approaches were perceived to be the most effective and efficient in securing meaningful information. Admittedly there are inherent and severe limitations in obtaining empirical data to this end but the continued belief held by investigating agencies in India that torture can somehow produce valuable information has time and again been shown to be misplaced. Now international research is showing that torture does not and cannot provide agencies with the case-cracking information they so crave. In December 2014, the United States Senate Select Committee on Intelligence released the executive summary of its report on the CIA’s use of ‘enhanced-interrogation techniques’ (a euphemism for torture) post 9/11. The findings and conclusions showed that the intelligence obtained from torture was either faulty or intelligence that was available to the authorities prior to the use of torture. It unequivocally slams the use of torture as a counter-terrorism tool and its famed interrogative and investigative value was brought to nought.

The time has come for authorities to invest in training its officers to use non-coercive methods of investigation if any progress needs to be made in cracking cases of terrorism. The time has also come for the human rights world, both domestically and internationally, to talk about how torture is a useless, ineffective tool of investigation and interrogation, and push the State to evolve a toolkit of alternative, non-coercive methods.

It is also crucial that Indian courts begin to award compensation at the time of acquittal to the beleaguered parties in these cases. The State has done these blameless bystanders a shocking injustice by allowing them to suffer for years, branded guilty and expecting them to simply re-enter into a society they were so brutally wrenched from, a society that sees them as dangerous criminals. Further, it is essential to award punishment to those investigation authorities and officials who have so obviously framed innocents and tortured accused persons as if it is the standard operating procedure. The UN Committee against Torture has time and again reiterated the importance of ensuring accountability for torture – investigating into allegations of torture and prosecuting law enforcement officials who have been found guilty of torture is a basic requirement of the due process of law.

The Supreme Court would do well to outline a code of ethics for media reporting in criminal cases. Crime reporting, especially when it involves incidents of national security becomes a trial by media – guilty until proven innocent. The photos of the alleged terrorists are bandied about for readers and viewers to get a scrumptious view, their names publicly available in news reports, their guilt decided, their fates sealed. This is against the basic tenets of natural justice and one need not wait long before being made to feel certain that ‘justice’ is served and the ‘guilty’ are in jail.

India must become serious about evolving sound public policy on how to handle criminal investigations – involving all its aspects, from beginning to end.

Else, it could prove dangerous for the Indian State to continue to muddle down this road of wrongful convictions and human rights violations.

This article first appeared in The Wire (India).

Urmila Pullat is a BSG alumna (MPP Class of 2014). She is a lawyer and currently works at the India desk of the Asian Human Rights Commission in Hong Kong.
Conflict and stability Global cooperation
...
Law Inclusion