Healthcare in China: my summer project 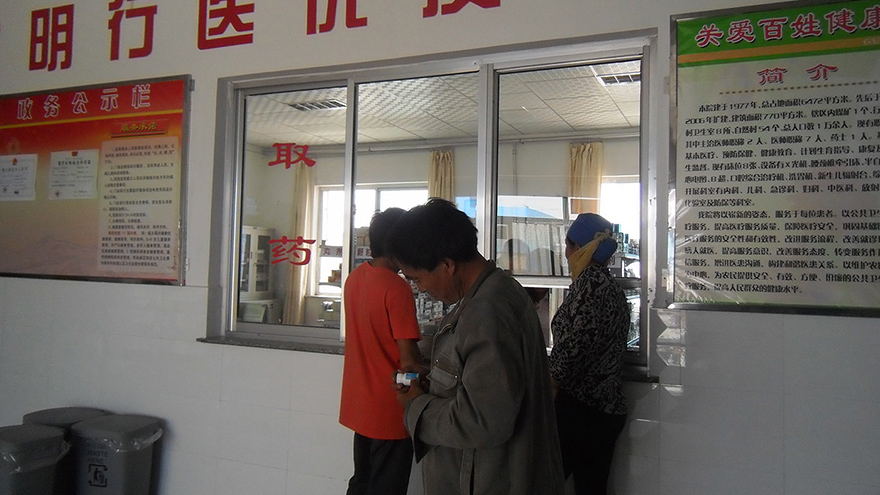 Coming in to the MPP program, I wanted to learn more about health policy, especially regarding primary care reform (I’m a resident physician in general practice back home in Canada). While looking for a 'summer project', I did have many tempting choices, but fortunately didn’t suffer from analysis paralysis: BSG made the decision easy. I found out that one of my MPP professors, Professor Winnie Yip, is actually a world-leading health economist, and has been working for years with the Chinese government on improving healthcare in rural China. How convenient! Getting in touch with her was straightforward, as was setting up the summer project. Still, the process wasn’t without drama - after a few tense visa-seeking sojourns to London, I finally obtained a visa two days before my flight.

Right now, it’s almost a month into my summer project. I'm based out of Ningxia Medical University in Yinchuan - the capital city of the remote Ningxia province. Where is Ningxia? Well, just imagine zooming out on a map of China… the part in the center-north, where the major highways end, is where I am.

Since arriving here, I’ve been able to visit a large, urban tertiary care hospital (the best in Ningxia, I am told), as well as urban health clinics. I’ve also gone into the countryside and visited county hospitals, township health centers, and village health clinics.

What have I learned so far? Well, without giving it all away (I’m writing a report for my MPP degree upon the project’s conclusion), Chinese healthcare is very “复杂” - which directly translates into “complicated”, but connotes a sense of complication so profound that people would rather not think about it whatsoever, let alone explain it to “foreigners” like myself! Suffice it to say that healthcare is mind-bogglingly “different” here in China.

Let’s use the big, urban hospital I visited as an example. Coming to the MPP straight after graduating medical school, I know what high-quality care looks like, and frankly, I didn’t feel like that hospital’s patients were getting their money’s worth! For one, there were so many patients - “mountains and seas” of them, as a popular Chinese expression goes - that you couldn’t even move in the waiting halls (and they were actually halls, not small rooms) without bumping into someone. Worse, doctors only have time to spend 2-3 minutes per patient before moving on to the next. And patients usually have to wait over 5 hours, and stand in at least two different lineups, just for these precious few minutes of doctor-interaction. Each patient encounter predictably ends with "full set of diagnostic tests recommended", which is discouraged under the style of medicine that I learned, but which, in the Chinese system, is presumably a good way to boost hospital revenue while giving patients what comprehensive care they can get with such limited time.

When I brought up my observations at this urban hospital with the public health professors here in Yinchuan, and contrasted them with healthcare in Canada and the UK, they laughed good-naturedly at my woeful ignorance. There’s just too many people in China, they said, to evaluate the Chinese healthcare system by the same standards as those of western healthcare systems. Regarding the relatively long time that Canadian/UK doctors spend with each of their patients, my professors said that that if doctors in China spent longer than a few minutes per patient, they'd be accused of incompetence (i.e. not coming up with a treatment plan fast enough). Also, apparently patients who are waiting much prefer that doctors rushed through the patients before them, so that they can get their turn faster. So: different countries, different standards. And while urban healthcare in China is imperfect, it still seems bearable for most people. After all, as I’m told by many: "the status-quo is what is most pragmatic for China right now given its huge population size".

In contrast to urban healthcare, status-quo is unbearable here for many people in rural China. Coming here is like going from Earth to Mars: transitioning from the irrigated greenery of Yinchuan to vast expanses of yellow desert. The population is vastly different as well: a much poorer, less educated public, living in small huts with dirt floors and plastic roofs. The setting alone is enough to make me slightly guilty of how much privilege I have in my own life.

Regarding the healthcare here, well, it’s also very different. In recent years, the Chinese government has committed tons of money to rural China, in hopes of improving healthcare access, quality, and outcomes. The key now is how to do so in a cost-effective, sustainable way. Rural county hospitals, while still huge by western standards, are actually quite empty. People still feel big-city hospitals provide better care, even when the rural hospital can provide the same service at a cheaper price. As a result, the recently-established government healthcare insurance pool suffers much-inflated healthcare payouts. Economists have a word for this situation: pareto-inefficiency. Translation: it’s not right, and something needs to be done to fix it. Why this inefficiency still exists, given the policy measures designed to end it, is what I'm trying to help Dr. Yip and her team figure out this summer. Looking back thus far, I’m so grateful to have had the experiences of the past few weeks, and I’m beyond excited for the weeks ahead. I’ll be a <1mm2 blot of paint on one cog of China’s healthcare wheel, but hopefully not an insignificant blot.

Dr. Yan Yu is a Rhodes Scholar and resident family physician from Calgary. He is currently pursuing an MPP at the Blavatnik School of Government, and will return to Canada to practise as a family doctor at the end of his studies. He is contributing to the research project Re-Alignment of Health Systems Incentives led by BSG and the Government of Ningxia.
Health
The School
...
China