Germany and COVID vaccines: too cautious?

A look at Germany's risk-benefit analysis of the AstraZeneca Covid-19 vaccine. 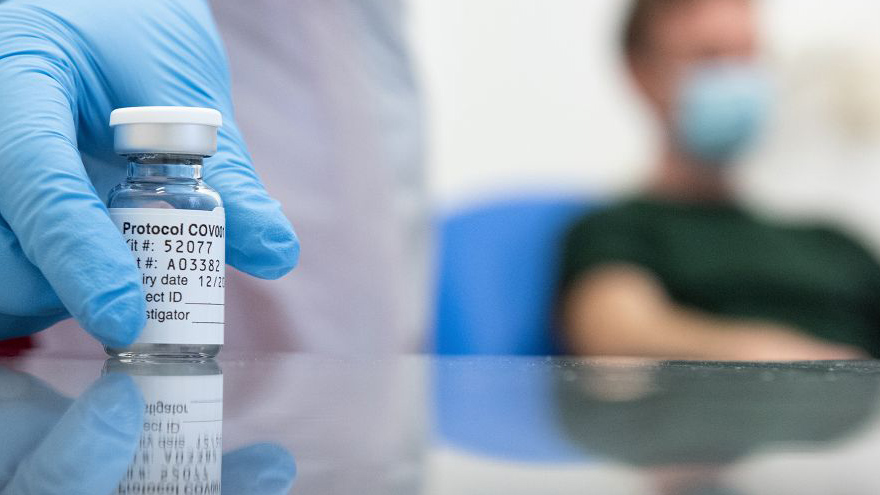 How safe is safe enough? This is a question at the front of all of our minds at the moment, and one that has caused debate in relation to the Oxford-AstraZeneca coronavirus vaccine.


As a cheap vaccine that doesn’t need specialised cold-chain delivery, and can be produced in bulk, the Oxford-AstraZeneca vaccine plays a critical role in plans for bringing the global pandemic to an end. Yet regulators in some countries have limited its use, at least for now, based on very small numbers of cases of a type of rare blood clot. While these numbers are tiny compared to all those vaccinated, average numbers in non-vaccinated populations are even tinier, leading some regulators to treat the cases as a potential – though unconfirmed – vaccine side-effect.

The World Health Organization and European Medicines Authority currently advise that the benefits of the vaccine outweigh any “unproven” risks. To put it in perspective, an unvaccinated person is orders of magnitude more times likely to die from COVID-19 than anyone, included a vaccinated person, is to die from this rare blood clot. Yet at the time of writing Germany has stopped routinely administering the AstraZeneca vaccine to those under 60, even though its supplies of other vaccines are low and the country is entering a significant new wave of infections. A handful of other countries have taken similar steps.


Regulators say that in deciding whether or not to permit the use of any new medical product, it is necessary to conduct a risk/benefit analysis, and to issue a licence only when the benefits outweigh the risks. But it seems obvious that regulators pay much more attention to risks than benefits. In the German case, it seems certain that many more people will die because of delays to the vaccine programme; others will become ill; and it is likely that there will be serious economic harm as lockdown policies will have to remain in force for longer. Why are the possible harms from the vaccine given so much more weight than the harms that will occur if the vaccine is delayed?


For many people – and on some moral theories – the German approach is simply irrational. A consequentialist moral theory, such as utilitarianism, prompts us to perform a probability calculus and follow whichever policy is the most likely to do the most total good, or prevent the most total harm. On this basis it seems that unless we have much stronger evidence of harm caused by the vaccine, it is simply wrong to stop the programme.


This consequentialist theory will strike a chord with many of us. But for most of us, consequentialism isn’t the only moral intuition we have. We will also be influenced by the idea that, for some reason, we are more responsible for the consequences of what we do than what we do not do; what is sometimes known as the doctrine of ‘acts and omissions’. Acting to cause someone’s death seems a much greater moral wrong to us than failing or omitting to save them.


The thinking here goes that if the government vaccinates people and they are harmed, however unlikely, the government is at least part of the direct cause of that harm, and therefore bears strong moral responsibility. If they pause the programme and people die through infection, they are not the direct cause of those deaths, even though they could have prevented them. An individual death could be blamed on sheer bad luck, or on someone not observing social distancing. This may ring hollow – perhaps earlier government failures are responsible for high levels of infection – but the basic point rings true with many people’s instincts: we feel much more responsible for the consequences of what directly follows from our actions than from our omissions. And regulators seem to feel the same.


Another consideration for the regulators of any new drug is the balance between known and unknown risks. If there is any suspicion a medical product causes unexpected effects, alarm bells will ring: how many people will it affect, and what else might it do? Fear of unknown effects makes some reach for what is sometimes called ‘the precautionary principle’. Strictly, what they mean is that in the face of unknown probabilities of very serious effects, there can be reason to act with extreme caution.


But on the other hand, if many more people are going to die of a disease as a result of our precaution over a medical product, how can we think we’re doing the right thing? No course of action is risk free, and any decision is a choice about which risks to run.


It’s worth bearing in mind that the regulation of medical products takes place in the long shadow of the drug thalidomide, which was designed to reduce morning sickness in pregnancy, but led to death, or serious birth defects, for thousands of babies.


Thalidomide is just one of the reasons the precautionary principle runs deep in medical regulation. Yet this precautionary attitude is challenged by our first, consequentialist, argument, which asks us to take into account probable outcomes, not just possible outcomes. Not just with COVID, but in health generally, some argue that regulators and medics are too careful to avoid possible but unlikely catastrophes, leading to a large amount of unnecessary suffering by delaying or denying treatments. Does the precautionary principle loom too large?


When regulators are thinking about risks and benefits, they cannot help but think about a risk that might not appear in the medical calculations but will weigh heavily in their own minds: the risk to themselves and their reputations if, however unlikely, they allow a harmful product into circulation.


It is tempting to say that regulators need to be able to rise above a concern for their own reputation. But this is too quick. The problem is not simply the individual who took the decision – who even knows who approved thalidomide? The problem is one of general trust in authorities, and especially those authorities with a special role in protecting our safety. They are the very last people we should expect to run risks. Of course, no system is completely failsafe, and there will always be mistakes, but regulators want to make sure that they do not lose the trust of the public. If we move to a public culture where many medications are viewed with suspicion, and the general public refuses to take them, the health effects could be colossal. Here, then, the precautionary approach and the utilitarian approach may converge.


In the German case, even this is in question. Contrary to their intentions, halting the programme may have whipped up fears rather than provided reassurance, and increased suspicions of all vaccines.


What should regulators do now, in addition to scrambling to find as much high-quality evidence as they can? This is far from an easy question. Some commentators will be tempted to return to the consequentialist argument, and recommend that they follow the policy that has the highest chance of saving the most lives. Of course, this should be a key part of any reasoning; but to think the moral considerations begin and end with a simple formula is to abdicate moral responsibility, not exercise it.


Note: Facts in this article should be correct at time of writing, but the situation is changing rapidly.


Jonathan Wolff is Alfred Landecker Professor of Values and Public Policy at the Blavatnik School of Government.