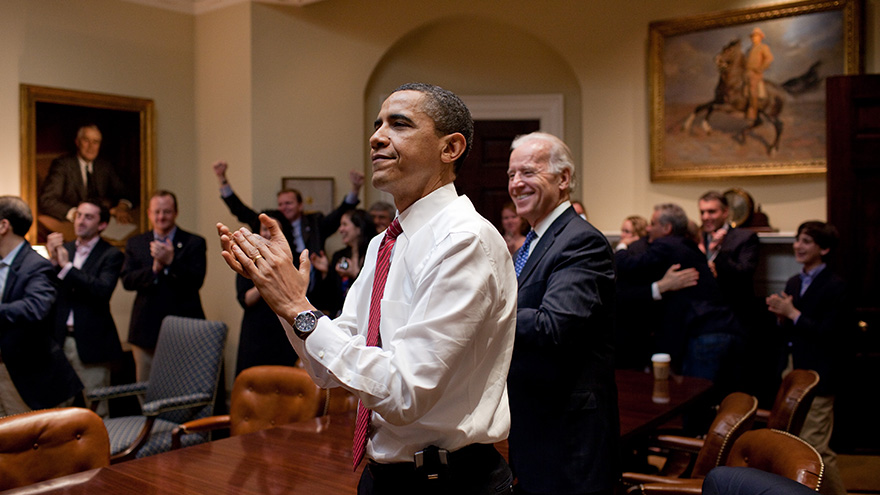 In a few hours the tradition of a peaceful transition of power that has taken place since John Adams was sworn-in as the second President of the United States will continue. President Obama will awake as the American Commander-in-Chief and when he ends his day his only title will be that of citizen. No more nuclear football, no more Air Force One, no more 1600 Pennsylvania Avenue, just a much smaller Secret Service detail as the former President will transition into civilian life in Northwest Washington, D.C. While many in the fourth estate have all trained their focus on President-Elect Trump with his incessant stream of tweets, the content of which I will refrain from commentating on, and both his cabinet nominees and soon-to-be unveiled agenda, I cannot help but look back on the past eight years.

Barack Obama was the first person I ever voted for and not because I was not politically active prior to his historic campaign in 2008, but because I turned 18 in 2007 and the 2008 California Presidential Primary had only one contest on it. I remember Election Day in November of 2008, when he easily bested Arizona Senator John McCain. People filled the streets, from coast to coast strangers embraced one another, it was simply euphoric, as the audacity of this political upstart from Chicago had given hope to a nation.

Eight years later, President Obama leaves office with his principal policy victory, the Affordable Care Act aka Obamacare, under siege and doomed to inevitable repeal. The Congress that he inherited in 2009 was dominated by Democrats who had majorities in both chambers, a stark contrast to the tight grip Republicans now hold over both the House and the Senate. The President’s last major foreign policy endeavour, the Transpacific Partnership stands broken with the U.S. likely to exit within President Trump’s first week in office. The poetic verse of hope has met the hard-edged prose of a reality, unsettling to many of the President Obama’s supporters, including myself who served in the Communications Department of his White House.

Yet, for all the partisan brinksmanship that has engulfed the President’s legacy, his White House was one of the most energetic of the last half-century. From early victories with American Reinvestment and Recovery Act to mitigate the nadir of the Great Recession, which has resulted in the Obama White House overseeing the creation of 15 million jobs to ending the War in Iraq and drawdown of troops in Afghanistan he delivered on his promises. He placed a Hispanic American woman on the United States Supreme Court with Sonia Sotomayor. He saved the American auto industry. He reduced nuclear arsenals with a new START Treaty with Russia. He expanded and protected federal lands with millions of new acres preserved for conservation. The Administration has made more gains than any other in advancing U.S. renewable energy production. And moreover, his election in 2008 is remarkable in and of itself considering the President was born less than a decade after desegregation, demonstrating the immense progress that had been made in race relations in the United States.

With all that he did, he did it with a civility and decency that was seldom reciprocated by his political opponents. When I think to my own criticisms of the Obama White House, I would contend that he was not political enough. He was reluctant to use his office to cajole Members of Congress with photo-ops on Air Force Once or schmooze Senators at the White House. He was ineffective in using his position as leader of the Democratic Party to build political infrastructure that could win governorships and down-ballot contests that has left Republicans with a sizeable advantage that extends beyond federal positions to state and local offices. For as much praise as I have for the Obama White House, I cannot be honest without stating that President Obama has overseen the hollowing out of his political party.

Yet, I am thankful to him and his service. President Obama is an honourable man who loves his country and acted on conviction when he governed and showed the world the best qualities of the United States. I am also thankful for the lessons I learned in his Administration, first and foremost that even though politics can be messy and unpleasant it can also be transformative and uplifting. It is my hope that President Obama is remembered for the two latter qualities for even in the times of hard-edged prose we yearn for the lofty ideals of poetic verse. If only President Obama could have recited his lines with a willingness to wield a big political stick, I think his legacy would be much more secure.

Jonathan Padilla is currently studying for an MPP at the Blavatnik School of Government. He can be found on Twitter @JPadillaCA
Democracy and politics Public sector
...
Global cooperation