Empowerment or infringements on equality: What is the point? 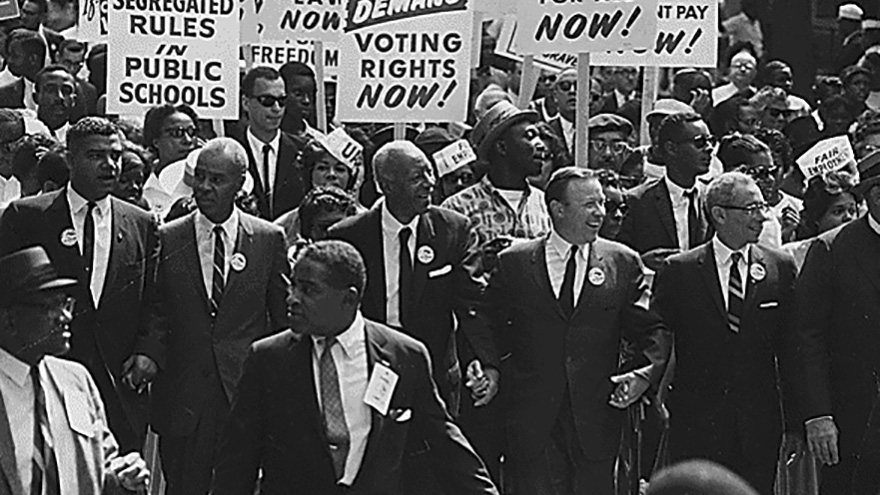 Equality is a goal in any constitutional democracy and most constitutions advocate a desire to achieve equality. However does this mean that the State cannot ever differentiate between citizens? Is there ever a point when policies are required and necessary that some differentiation occurs? At the forefront of such policies are affirmative action or positive discrimination policies. These policies are referred to as ‘reverse racism’ policies. Not only does such an argument fail to acknowledge how redressing past disadvantage is a complex issue, what is most important is that such policies are not an infringement to equality. In fact, seen within a real political and socio-economic  context, such policies are the necessary road to equality.

There are arguments that such policies inhibit the right to equality and are as such unjust; that they unfairly infringe on the right to equality because they differentiate between persons on the grounds of race. Discrimination on the basis of race is often considered to be arbitrary and odious. One thing to be aware of is that such arguments are usually made with regards to an understanding of equality as symmetrical – the so called ‘formal equality’. Formal equality is, as Aristotle refers to it, “treating likes alike“. This is sometimes referred to as equality of consistency and it means that, regardless of who the parties are, everyone is treated the same way. Sadly, this is a flawed conception of equality and fails to recognise social and cultural context. An example is refusing to put elevators in a building because it would be ‘equal’ to demand that everyone just use the stairs – quite obviously if I was in a wheelchair your ‘equal policy’ would disproportionately affect me (and place you at risk of perpetuating ableism).

Experts like Sandra Fredman and Ronald Dworkin discuss this in great detail and point out that it is well removed from reality. Formal equality assumes that nothing like gender or race affects the lives of an individual. Dworkin in particular writes in no uncertain terms that black men and women "are black and no other feature of personality or allegiance or ambition will so thoroughly influence how they will be perceived and treated by others and the range and character of the lives that will be open to them". Dworkin goes further and points out that, in the case of Allan Bakke, despite the fact that his claim was based in race, it was not because his race was the subject of prejudice and objected to. This is what economic empowerment legislation is attempting to address – attacking systemic disadvantage on the basis of race or gender. It is perhaps one of the most pervasive elements of white privilege that exists and is often difficult to point out – the realization that any difficulty in a white man’s (or white woman’s) life (and, be aware, that whiteness does not guarantee a completely  seamlessly easy life) is not because he is white.

Empowerment initiatives aim to implement substantive equality, which is the recognition that equality of consistency is not appropriate in eradicating discrimination. What ought to be aimed for is what Fredman refers to as equality of opportunity. In a substantive sense this means that ensuring that people from all walks of life have a genuine equal chance of being able to access the social good. In the case of economic empowerment this is often done through job opportunities. Merit is not a helpful criteria for job opportunities in this regard and it is not truly equality of opportunity if a standard criteria of merit is used on people who have never been given the opportunity to achieve the necessary minimum of merit. Viola Davis said much the same thing when she exclaimed her frustration, while clutching her award, at the inability of black women to be recognized in Hollywood if no one would write roles for them to take.

The reason why empowerment initiatives are not an infringement of equality is because these are based on the principles of substantive equality. It is an attempt to ensure that all parties are measured on fair criteria. Any state that is dedicated to achieving equality and addressing historic disadvantage (I would argue that this is the duty of every state) must surely enact policies that include empowerment initiatives. Such policies are a positive step forward.

Fadzai Madzingira is currently studying for an MPP at the Blavatnik School of Government and she can be found on twitter @FlyFazFly.
Inclusion