Eleven years to save the planet? The closing political window for climate mitigation 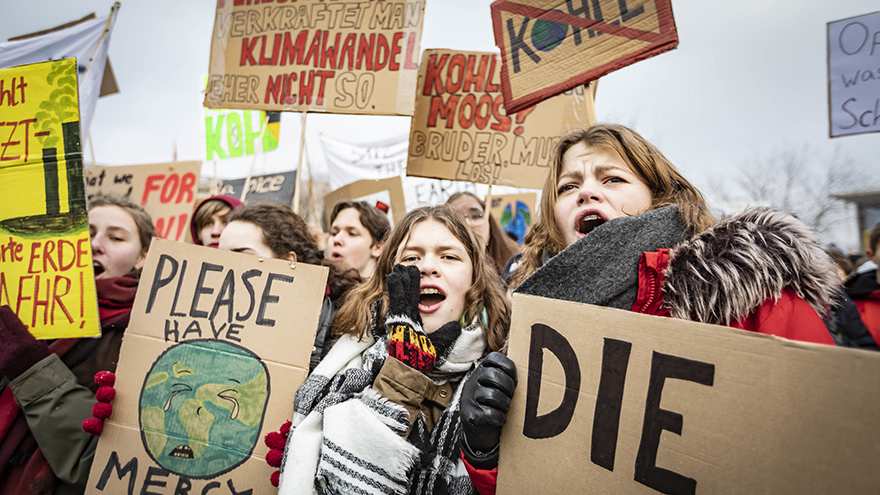 “Eleven years to save the world”
reads a common sign at the global Fridays for Future climate strikes. Millions
of people in over 100 countries, many of them too young to vote, have taken to
the streets to demand governments radically increase efforts to fight climate
change over the next decade.

But do we really have until
just 2030 to avert climate catastrophe? While emphasising the importance of
urgent action, scientists have tried to caveat this crude message. The
Intergovernmental Panel on Climate Change (IPCC) says we need to halve global
emissions by 2030 in order to have at least a one in two chance of limiting
warming to 1.5°C, the goal set by the 2015 Paris Agreement. The world will not
“end” in 2030. But if we are not on a rapidly falling emissions pathway by that
point, we are likely to blow through the 1.5°C limit around 2040.


By that time, the climate strikers on the streets today will be
entering middle age, starting families, rising up in their careers, and
outvoting their irresponsible forebearers.
So can they not just solve the problem then?


Geophysically speaking,
perhaps. Because carbon dioxide and other greenhouse gases linger in the
atmosphere for decades or longer, what matters most is the total stock of emissions
over time. That means sluggish action today could, in theory, be compensated
for by aggressive action in the future.  Accordingly,
some oil and gas companies have shifted from denying climate change altogether
to accepting incremental steps like modest carbon prices.


But anyone advocating an
incremental approach – which most governments are now following – is making a
strong assumption not just about climate models, but about the politics of
climate change in the middle of the 21st century. In joint work with
Jeff Colgan at Brown University and Jessica Green at the University of Toronto,
my research is exploring how, as both climate change and decarbonisation
advance over the next decades, climate politics will be increasingly existential. This change will shift
governments’ focus from prevention to reaction.


To date, contestation over
climate policy resembles what political scientists call ‘distributional
politics’. Policies like carbon taxes or renewable energy deployment benefit
some economic sectors and populations and impose costs on others. Interest
groups that stand to win or lose from these changes advocate for their
preferred policies.


But as we push the climate
system to further extremes, the costs of climate change will become much more
intense and widespread. Not just small islands, but whole coastal regions will
be inundated. Droughts will cut off vital water supplies from hundreds of
millions of subsistence farmers as well as those that feed global supply chains.
Deadly heat will render whole regions uninhabitable. Under these conditions,
climate politics will not just be a question of ‘who gets what, when, how’, as
the political scientist Henry Laswell famously put it. Rather, climate politics will become a
question of who gets to survive.


At the same time, the advance
of decarbonisation will pose a similar existential threat to companies,
workers, regions and regimes whose economic survival is linked to fossil fuels.
Already, hundreds of coal plants and mines have shuttered across the world,
taking investments, jobs and pensions with them. For this reason, a key demand
of climate protestors today is for governments to provide a ‘just transition’ for
workers in carbon-dependent sectors. Oil and gas companies may follow coal, and
countries and political regimes based on the exploitation of these resources
may follow. Those that have managed to diversify or channel resources into
sovereign wealth funds may adapt. Others – cruelly, it will be those least able
to manage – may discover that the only thing worse than the ‘resource curse’ is
the curse of lack of resources.


In other words, the advance
of both climate change and decarbonisation efforts will not just change the distribution
of resources; it will threaten the very existence of large swathes of the
global economy and population. How can we expect political leaders in the
middle of the century – the young people who are today demanding action in the
streets – to react?


In the face of urgent
survival needs, it may be substantially more difficult to invest political
effort and resources in preventing further climate change by reducing emissions.
Instead, governments will face increasing, and in some cases overwhelming,
pressure to limit the harm climate change and decarbonisation are causing in
the short term.


Imagine you are the mayor of
a Middle Eastern city in which the night time temperature has been over 50°C
for the last week. Will you spend the city budget on climate-saving electric
cars or climate-destroying air conditioners?


Broadly, there are four
strategies we can take to counter climate change. We can mitigate it by
reducing emissions. We can adapt to it by taking steps like building seawalls
or developing drought-resistant crops. We can compensate those who are hurt by its
effects to reduce suffering. Or we can, perhaps, develop geoengineering
technologies to limit temperature change or suck carbon from the atmosphere. To
date we have focused mainly on mitigation. But as climate politics get
existential, political incentives may shift to more defensive approaches.


Indeed, we are already seeing
a growing emphasis on such strategies. When the countries of the world pledged,
in the 1992 UN Framework Convention on Climate Change, to “prevent dangerous
changes in the Earth’s climate,” they meant reducing emissions. Since that
time, vulnerable nations and ‘frontline communities’ have pushed adaptation
onto the global agenda. We are already being affected by climate change, they
argue, so we need to not just prevent but also treat the current harm being
done.


More recently, the most
affected countries and populations have pushed for compensation. Not only have
we failed to prevent climate change, they argue, but its impacts are already so
great they cannot be adapted to. Low-lying islands, for whom even a small
degree of climate change is existential, have been strong advocates for
so-called ‘loss and damage’ measures in international climate policy, demanding
that those who have contributed most to climate change pay the reparations. In
the future, expect these claims to grow.


And as climate change
proceeds, what was previously unthinkable may become widely demanded. Today,
many climate advocates reject geoengineering techniques (such as building
machines to suck carbon from the air, or seeding clouds to reflect more sunlight
back into space) as an unproven distraction from mitigation efforts. But if the
impacts of climate change continue to accumulate, governments may come to see
such technologies as vital components of national security.


All of these strategies will
be far more costly, and far less effective, than mitigation. But by the time
today’s climate strikers are watching their own children take to the streets,
they might be the only options left.


The good news is that these
trends are not inevitable. The more we can prevent climate change now, while
also making sure that those dependent on fossil fuels are not left behind, the
less existential climate politics will be in the future. In other words, the
urgency of action today is demanded not only by climate science, but also by
political science. We will certainly be dealing with climate change for longer
than the next 11 years, but we may have only the next decade to prevent
it.