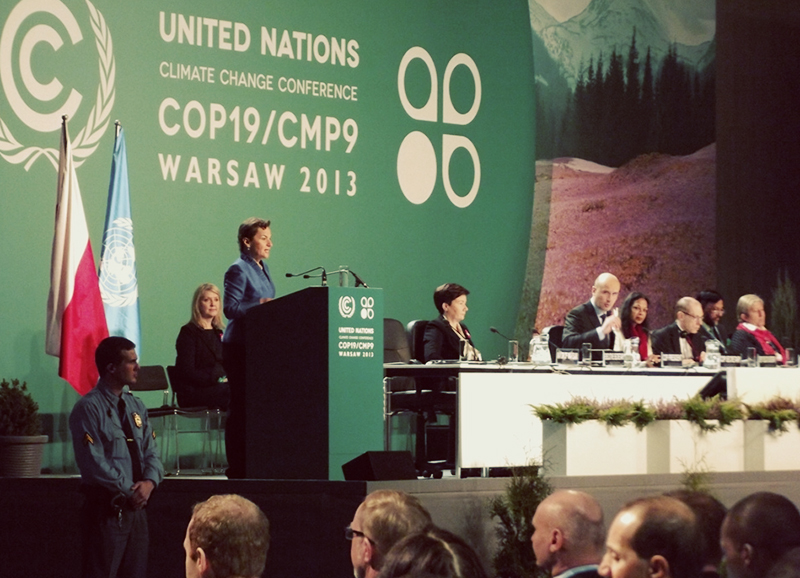 As the dust settles on the international climate change negotiations in Warsaw, I feel a sense of déjà vu. Hunger strikes, a mass walk-out by civil society, and eventually a last minute deal agreed upon by sleep-deprived delegates after 36 hours of non-stop negotiations.

This has become an annual ritual. Since 1992, when 166 countries signed the first global agreement on climate change, media, civil society and citizens from around the world have watched with bated breath as leaders have gathered to achieve the holy grail of the international negotiations – a binding international agreement to reduce carbon pollution.

The world in 2013 looks very different than it did in 1992. There’s been an explosion of responses to climate change at every scale, and in every corner of the globe. Be it Christchurch City Council’s ClimateSmartStrategy, China’s recently launched carbon trading systems, or Denmark’s plan to be fossil fuel free by 2050 – the world is quite clearly moving.

But when we look to the international negotiations, what we see is a discouraging feeling of delay, frustration, and failure.

How do we reconcile what we see flourishing around the world with the sense of despair emanating from the international negotiations?

Many people – both policy makers and the general public – assume that we live in a world where people are selfish and rational and where countries will only act to promote their own self-interest. In this world, if we are to prevent dangerous climate change, the only workable solution is a global agreement, imposed from the top-down.

And so, believing this, we have spent the last 21 years measuring progress on climate change according to a single metric: whether we have an ambitious and binding agreement to reduce global emissions. If we do not, then of course New Zealand should not do anything. We’re far too small to make a difference. And there’s no way that anyone else will do anything either: it’s much easier to free ride on the good deeds of others than to take any leadership yourself.

But as momentum builds around the world, this narrow conception of progress on climate change is starting to look rather out-of-touch.

Fresh Shoots from the Grassroots

It means ignoring the 176 million people from across the globe who live in regions which have signed up to the Covenant of Mayors, whereby local authorities pledge to reduce their emissions and lay out sustainable energy action plans to get them there.

It means ignoring the 70 institutional investors managing more than $3 trillion of assets who have launched a coordinated push for 45 of the world’s top oil, gas, coal and electric power companies to assess the financial risks that climate change poses to their business plans.

It means ignoring the civil society groups – including the global youth movement – which are working with governments to substantiate the vision of a zero carbon world.

These new shoots from around the world undermine the claim that humans are incapable of cooperating to reduce emissons without legally binding rules imposed from the top.

Recognising this paves the way for a much richer understanding of history. For example, the fact that California set the first state-wide pollution air quality standards for motor vehicles in 1959 becomes a significant example of local leadership. Closer to home, the leadership by councils across New Zealand in becoming nuclear free becomes fundamental to our understanding of how we can build a zero carbon New Zealand.

It challenges us to stop resenting other countries for not doing enough and start joining networks of like-minded communities, businesses, countries and councils worldwide who are already moving.

It reminds us of the critical role that we have to play in this. Any network will flounder without people to monitor compliance and hold their own communities, councils, governments and businesses to account

And for me, writing this from the distant shores of England, it brings some measure of comfort. Rather than feeling defeated by the tortuously slow progress of the international negotiations, I can draw inspiration from the stories of change taking place around the world, encouraged by the knowledge that the climate movement does not end at the borders of our respective nations.

We are, quite simply, all in this together.