Do you hear the people sing? A fight to define who we are 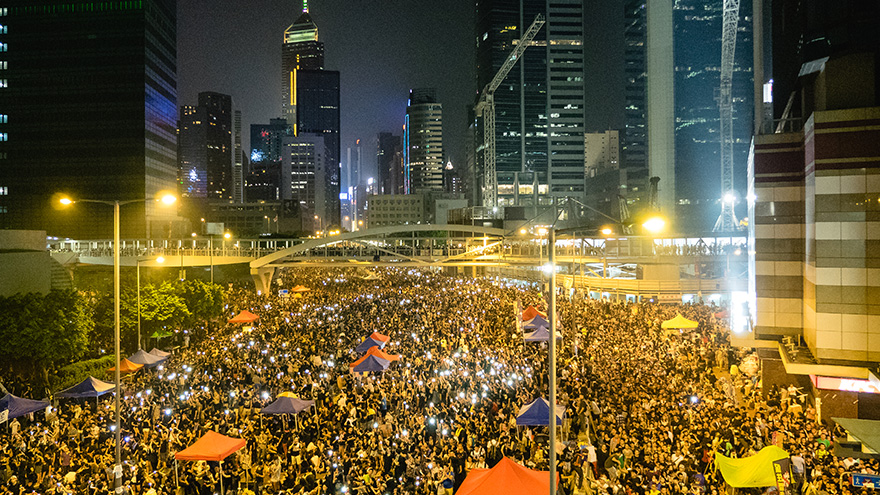 In the 2012 film adaptation of Les Miserables, there was this scene towards the end where the students realised none of the local Paris citizens have joined them in their protests and they were effectively deserted to fight on their own. For all the songs that were sung, speeches that were given, none of the citizens were stirred enough or believed in the cause enough to “join in their crusade”.

As the protests in Hong Kong continue, there is a worry that we face a similar parallel to Les Miserables if the current protests do not get enough popular support from the local public.

Indeed, the New York Times reported on Wednesday that the local government has decided their best strategy is to wait it out on the protests such that local public opinion turns against that of demonstrators.

The success of any protest often lies in the presence of a unifying narrative that resonates clearly with the people. For Hong Kong, the issue at play right now is that we lack that precise unifying narrative about what we really want.


In the past week, many have argued about the merit and the realistic impact that the protests can achieve given the political constraints that we face. Yet such arguments miss the point completely about what this protest is really about.
At the most basic level, there’s an intrinsic value in being able to voice out what one believes in and part of the protest is about preserving that right to political freedom of participation and expression for Hong Kong in the future. The protests have also created an opportunity to bring people together for wider participation and discourse on Hong Kong’s place within China and in the world.

Because at its heart, the current protest is not just a fight for democracy or universal suffrage but also a wider fight to define who we are and what we stand for. Part of this fight is a desire to demand the fulfillment of the ultimate aims of the Basic Law that defines the relationship between Hong Kong and China.

But beyond that premise, the deeper problem with Hong Kong is that there is a lack of common consensus on what we see ourselves to be and what we want.

Divided perspectives on who we are


In an opinion poll conducted by the South China Morning Post earlier in September, Hong Kongers were asked whether they should or should not accept Beijing’s plan for the 2017 election. The results of the poll are decisively divided, with 48% believing that the plan should be rejected while 39% believed that the plan should be accepted given the constraints.

Distilling it into two simple extremes, on one hand of the spectrum you have groups and movements who are passionate about maintaining Hong Kong’s liberty and freedom while on the other end you have many who are contended with the status quo and do not want to upset the stability of the current system.

More specifically, the divide exists because of divergence of views in terms of what Hong Kong’s relationship with China is. The truth of the matter is that many people in Hong Kong have often found it hard to fully accept that we are a part of China (and part of this relates to the wider symbolisms of what China represents/neglects- such as views towards democracy).

Defining our identity and place in the world


A friend of mine puts it best by saying that for too long, much of Hong Kong’s identity in the past has always been defined by “what we are not”, rather than “what we are”. From thinking that “we are not part of the British” during colonial rule to the present perceptions of our relationship with China (that we do not want to be subsumed to become just “a city in China”), much of our identity has always been shaped by the external forces that compel us to act.

In other words, if one were to ask what has always defined us, it is that we are a people who have always wanted a voice of our own and a freedom to thread our path (and not be told what to do).

The irony is that as the current protests continue, there has yet to be a common voice and song that we can all sing to. And this reflects another deeper paradox- that as much as we do not want to be told what to do, perhaps we also do not know what we really want.

For example taking a step back, if the protest does achieve a compromise, how would we eventually define that we have succeeded? It is just a change in political leadership? Is it getting universal suffrage? And if that’s what we really want, does that necessitate that we then know what Hong Kong’s place is within China/the world?

The fact is our identity and narrative is not something that can be ever defined by our government/leaders, the Chinese government or by the world. It is us who must unite in defining for ourselves what we most hold dear and what we deem our place in the world to be given the reality that we are indeed a part of China.

In our current context, what has always distinguished us throughout history, is that despite the political realities and constraints that we are in, we have always maintain grounded in our uniqueness as a city. Specifically, defined by not so much what we are not but that we have always been different and that the differences can exist in harmony (be it within Hong Kong or in the context of “one country, two systems”).

Just as different chords on a piano come together as a melody and symphony, for us to retain our unique heritage going forward, we would have to appreciate our differences and also demonstrate a resonance with the wider orchestra.

Getting the people to sing


At the end of the day, we need to be singing in one voice for our song to be heard. Unless we can reconcile our identity and place with China & in the world, the strength of our voice may just fizzle out into noise that gets filtered out by our government and the public.

The current protest is thus a good opportunity for us to define our collective identity and a real chance to get the people singing together.

Alexander Chan is an 2013 MPP alumnus from Hong Kong.
Democracy and politics