Did climate change cause the NSW bushfires? Absolutely no, certainly yes. 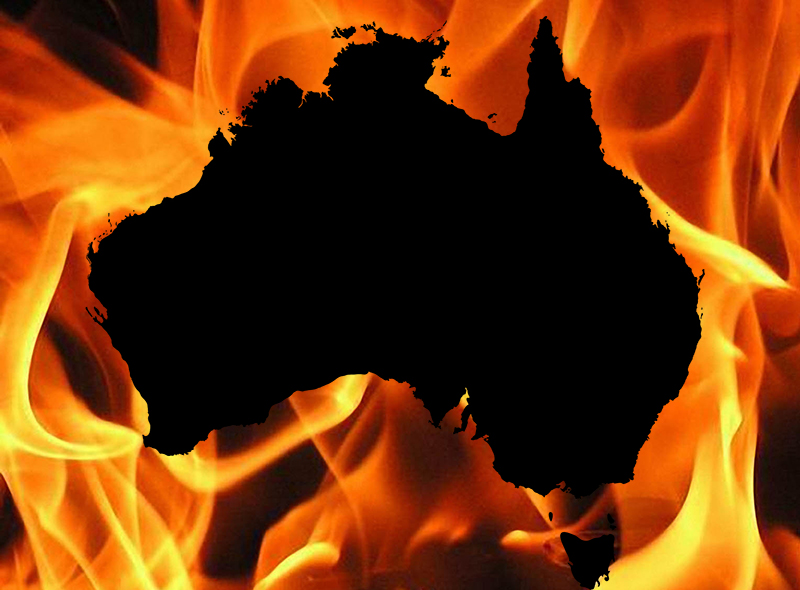 The last few days have been an uncomfortable experience for me. I’ve found myself doing something that I hadn’t ever expected to do. That is, I’ve agreed with Australian Prime Minister Tony Abbott on an issue relating to climate change and science. When he argued against those suggesting a current link between climate change and the Australian bushfires, he was on the right side. He went too far to say there is certainly no link, there certainly is no clear evidence of a link, but he was closer to the reality of what the science says than those claiming there was an absolute link.

This all stems from the re-emergence of the association of extreme weather events to climate change, this time the bushfires in Australia. We’ve heard this sort of thing before, from hurricanes Katrina and Sandy to flooding in India and droughts across the globe. Extreme events have been seen as an opportunity to underline the impact of climate change, and as someone who supports policies to address climate change, my gut feeling is to support such arguments.

Perhaps an even larger problem is that currently there is little or no direct evidence of an existing link between climate change and extreme weather events. This does not mean such a link doesn’t exist, or that climate change won’t make extreme weather events worse in future. It is logical and sensible to expect that these things will turn out to be true. What it does mean is that amongst the noise of natural variation in weather, increasing human populations, and changing patterns of where and how people live, a clear signal of association has not been detected. I expect that one day, as the evidence builds, we will see a clear link between climate change and extreme weather, but that day is somewhere in the future. But it is a very noisy system, so this may take some time.

Where does that leave us? It would be correct to say that it is likely that we will see an increase in the severity of bushfires in Australia in the future, but that there is uncertainty surrounding this. It is an exaggeration to say there is direct evidence that climate change to date has impacted on Australian bushfires. It is simply wrong to suggest we can link these particular fires to climate change. In the debate around this there have been plenty or reasonable voices that recognise the reality, but too many prominent voices continue to go too far.

Climate change is clearly causing problems, and has the potential to have a major impact on how, and for some of us if, we live in the future. There is great uncertainty, but being alarmist or exaggerating the evidence does the climate change debate a great disservice. There is enough evidence and understanding of the potential impact of climate change for any sensible person to be concerned. If we won’t act given what we know, a demonstrated link to extreme weather surely isn’t going to make a difference. But exaggerating that link gives ammunition to the climate deniers who would have the public believe that those nasty scientists are just making all this stuff up.

I’d rather they weren’t provided that ammunition.
Climate Technology