In defense of moderation 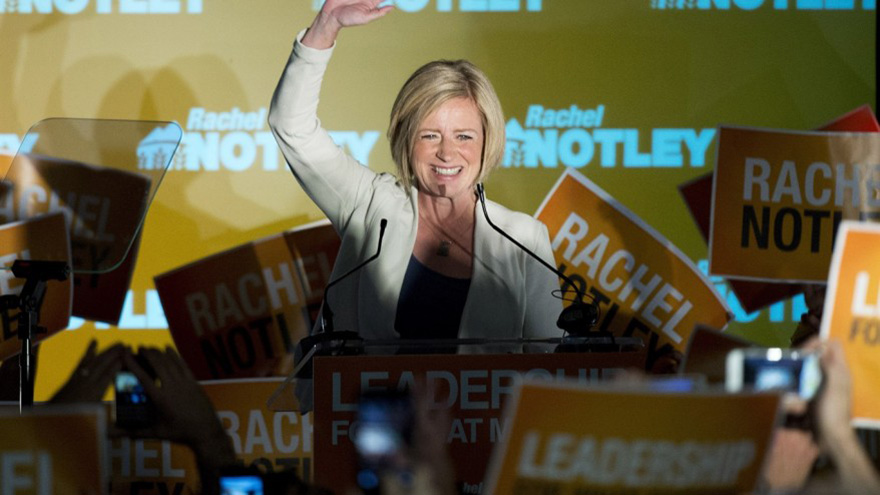 I’m a citizen of Alberta, supposedly the most right-leaning province in Canada. With an economy fueled mostly by energy royalties from our “oil-sands” in the north, the collapsed price of oil has not done our province any favors. In recent elections on 5 May 2015, voters decisively ended 44-straight years of Conservative party rule, replacing them with the leftist New Democratic Party (NDP) - an unthinkable result just a year ago.

Although I don’t affiliate with any one political party, I was content. When things aren't going well, democracy is there to do something about it. The election result proved that democracy in Alberta is alive and well.

Well, except for one thing: the polarization of today’s political landscape in Canada. Alberta has now undergone a shift in power from the right to the left. But what about the center?

By “center”, I don’t mean centrist political parties. Instead, I refer to non-party-affiliated voters like myself. Our numbers (or at least, those of us who are vocal advocates of our neutrality) seem to be shrinking as Canada’s politics becomes increasingly partisan. As just one example, post-election Facebook status updates were either enthusiastically supportive of the NDP or downright apocalyptical expressions of fear and threats to leave the province. So is there still value in pragmatic moderation, when there is so much societal pressure to conform to various partisan ideologies?

The post-election reaction of Facebook commentators reflects a concerning trend in Canada and around the world: escalating political polarization. Today’s political climate is one of left versus right, good against evil, prosperity or disaster. The word “compromise” is being slowly weeded off the parliamentary dictionary. Partisan ideology is becoming more politically valuable than pragmatism.

Meanwhile, those of us who remain moderate are increasingly viewed as “flip-floppers”, “bandwagon-jumpers”, or flaky, untrustworthy folk in general. We’re actively encouraged to join one side or another, bombarded left and right with phone calls and attack ads from the various political parties.

But we need to stay put. Society needs us where we are.

Moreover, not taking sides politically does not imply political disengagement. Many of Canada’s mayors, including the much-loved mayor of my hometown (Calgary, Alberta), are accepted political independents. We don't need to be politically-affiliated to care deeply about societal issues. Partisan ideology shouldn't get in the way of us committing ourselves to making positive impacts.

I’m not saying there’s no place for the party faithful. Parties exist to give people options, and they wouldn’t exist if there were no dedicated ideological party supporters.

But there also should be a place for independent moderates: people who embrace pragmatism before dogma. Moderates see value in others regardless of their personal beliefs, and justify voting choices based on facts and well-thought-out conclusions about what society needs, rather than simply on partisan ideology. Moderates tend to hold the swing vote: tipping elections one way or another, depending on which party has the most beneficial policies on Election Day - just like what happened on 5 May in Alberta. After the election, moderates are the constituents who pressure our elected representatives to compromise, to make decisions in the best interests of not the party, but society as a whole.

If the number of moderate voters deteriorates, so will democracy. But the opposite is possible. If more people became independent moderates, there would be less ideological wrangling and more room for balanced, rational, evidence-based decision-making. The nature of our political discourse would be far less dirty and divisive. Reason may finally overcome anger and fear.

At the very least, it would prevent another 44 years of single-party rule in Alberta.

Dr. Yan Yu is a Rhodes Scholar and resident physician from Calgary, Alberta, Canada. Currently, he is pursuing a Masters of Public Policy at the University of Oxford, but will return to Canada to practice as a family doctor upon the conclusion of his studies.
Democracy and politics