In the darkest hour we must have faith not fear 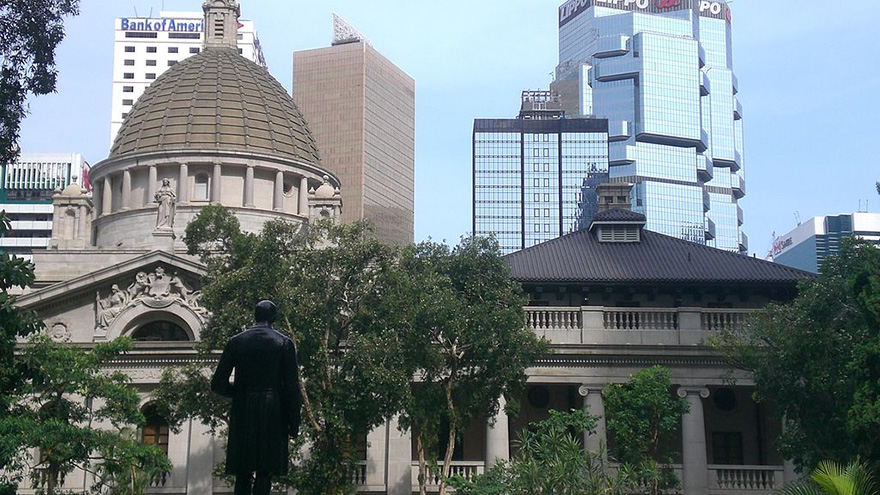 We have hit a new low over these past two weeks. Barely anyone could have foreseen the outcome of the US elections last week that has led to a questioning of democracy. While in Hong Kong, Beijing NPCSC’s interpretation of the Basic Law (the constitution that governs Hong Kong Special Administrative Region) that led to the disqualification of two elected Legislative Councillors this week confirmed fears of direct interference and potential ramifications such as setting a precedent for future interference in other laws, or the proliferation of even more political radicalism. Against this backdrop, it’s easy to lose hope but perhaps in the darkest hour what’s needed is not more despair, but faith that our politics can still overcome fear.

On the dangers of the ‘politics of fear’


The past year has seen a global rise in the use of fear to rally for political radicalism. In the US, Trump’s campaign was built almost entirely on fear: from lack of jobs due to immigration, to concerns of threats to national security. In the case of Hong Kong, the “localist/ independence” movement has arisen from young people’s fears about the political future, yet at the same time the Chinese government’s fears of political instability have also led to the current controversial interpretation of law.

The danger of the ‘politics of fear’ lies in the ease of falling into a path-dependency trap, where it’s easy for different actors to take on progressively more extreme positions in response to the tough stance taken by the opposing side. Many people have commented on the inevitability of the current Basic Law interpretation on rules governing oath-taking and disqualification of elected officials who undertook their oath improperly especially given the escalation in actions. First it was an oath-taking defiance that led to the stalling of Legco proceedings, then it was Hong Kong’s executive branch who filed a judicial review & injunction, and finally Beijing stepping forward to interpret Article 104 of the Basic Law, which resulted in further protests out of fear. Through it all, this has been a repeating cycle of each actor taking further drastic actions to pre-empt and curtail opposition, that has only resulted in creating a wider divide.

Moreover, fear politics often emphasises “us versus them”, where no reconciliation is possible and one’s survival necessitates the opposition’s demise. The US elections has shown that on one hand there’s a rhetoric of “us versus the threats of immigrants and Muslims”, while on the other side it’s “us versus the ignorant who supports extremism”. Harvard Professor Michael Ignatieff argued that the dangers of partisanship results in political adversaries being turned into enemies. The difference is that while you can agree to disagree with adversaries, enemies must be destroyed. In Hong Kong, the repeated filibustering in Legco and increasing political divide across different actors makes compromise impossible and further reinforces a cycle of extremism. Even in the US, in the aftermath of the election, it’s still easy for the discourse to be divided into “us” who had hoped for a Clinton victory versus “them” who voted for Trump.

This has often diverted our attention away from a public discourse focused on constructive policy, to a standstill on class divides and political calculus. For example, much of the recent Hong Kong Legco elections debate have emphasised constantly 'what we are not' rather than 'what we stand for', which frustratingly prevents discourse from conceptualising what Hong Kong’s values are and what our positioning should be, given our unique relationship to China.

On the need for new politics


Going forward, our greatest hope lies in taking a bold step together to drive out the politics of fear. This starts by having the humility to appreciate the cause behind the myriad of fears that have arisen. Having faith in our democracy means having empathy to know that extremism and fear never arise out of irrationality or ignorance, but that there are always understandable motivations behind the fear. In the US, the fact that no polls predicted this outcome clearly shows how ignorant we have become to the voices of the masses who feel increasingly marginalised and want to see changes in the system. In Hong Kong, young people are facing increasing pressures of social immobility along with instances of political intrusions, so it is understandable that they can only see political activism as a plausible solution.

Our governments and politicians need to better identify and address the concerns that lead to fear. We should also call upon our political parties to have the moral responsibility not to rely on the effectiveness of the politics of fear, but to define genuine values for change that can win the hearts of the people. Government and wider actors should have the composure and calm to take a step back, and not be trapped by path-dependency. More importantly, we need to break out of this “us versus them” thinking pattern and be willing to listen with humility and hope.

Keeping the faith in our politics


Beginning this new politics needs to start with faith, not fear. In this time, it’s tempting for us to despair over the future of our democracy and even more tempting to point fingers and be angry at what we have to face. Yet the greatest danger we face today is not just our political situation, but also the loss of faith. For if even we give up, what hope do we have left?

As Martin Luther King once said, “we must accept finite disappointment, but never lose infinite hope”. Let us have unwavering faith that there are still things worth fighting and hoping for.

Alexander Chan is an alumnus of the Blavatnik School of Government (MPP Class of 2013) from Hong Kong.
Democracy and politics