Dare to try, even when you might fail – some thoughts on study and jobs 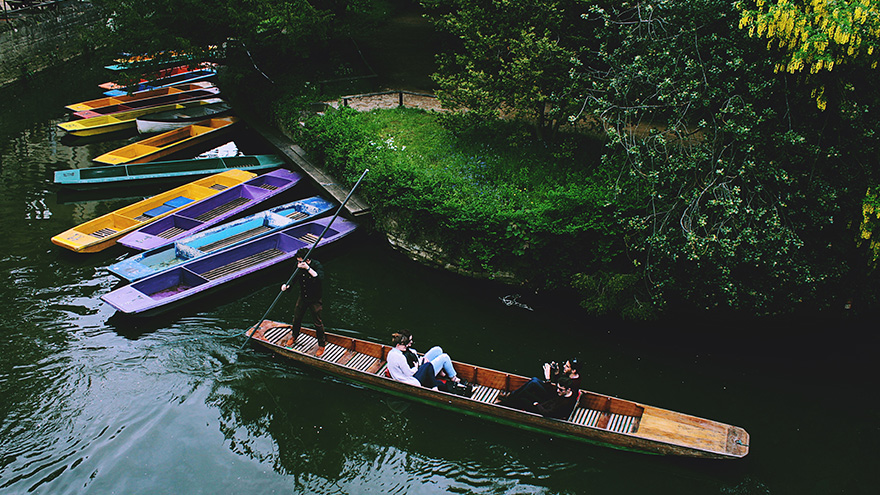 March was quite an intense month for me. Several deadlines – almost nerve-wrecking deadlines. It was also the month in which the Blavatnik School admission decisions were released.

As the decision week drew close in mid-March, I felt sorry for many of the applicants that would be rejected. Last year, nearly 700 of the roughly 800 MPP applicants were rejected. These were people who would normally be regarded as good enough to have applied in the first place. Having reflected on my own application journey last year, I could empathise with these folks – people I didn’t even know. But such is life. We win some, we lose some. What makes the difference between these applicants and other people is that they dared to try – even when the odds of failure were high!

The truth is that many people who are thriving fail more often than others can see, especially on the road to success. I recall having applied to Stanford, Columbia, and UC Berkeley some two or three years ago – they all rejected me! It was the spirit of “keep trying” that kept me going – eventually getting a place at Oxford.

Someone once said that the fear of failure is the beginning of success. Quite so, but often not. Actually for some people – for most people I reckon – the fear of failure is actually the perpetuation of not trying at all. I used to be that person. That person who would not try because I feared I would fail. That changed when I had a shift in mindset. Now, I appreciate the value of daring to try, even when I might fail; and even trying again, even when I have failed (severally).

This remains true whether it’s an application for a top uni or a dream job. A quick story...

Four years ago, I applied for an analyst level job (one for which I felt suitably qualified) for four different times with the CDP in London. Yes, four times (over a space of one year), and every single time I was rejected, until the fourth time when I got an interview. For some reason, I turned down the offer, especially as I had gotten another job in Lagos. That’s on trying even in spite of recurring failure. But be mindful that succeeding would ultimately require improving each time and striving to do better, and doing something differently every now and then.

But how about jobs that you do not seem completely suited for? What do you do when every single thought in you might be telling you not to bother to apply because you are unqualified? Well I’ll share this one, hope it helps:

Less than 18 months ago, I applied for a management-level job with one of the top Private Equity firms in Lagos. It was such a coveted job and I had personally known the person who left that role before it became vacant. That person had over 15 years of experience on the job; and to say that this person was 10 years older than me would be an understatement.

I had heard that the firm had been struggling to fill that position for months and understandably so, since it was a niche area of expertise in sustainable/responsible investing. Knowing this, I applied for the role. This was me, only in my 20s, and with barely 3 years of relevant experience in that field. My application was driven by some confidence that I could try, well at least, since they couldn’t find someone, I’ll put myself forward. It was like a young David volunteering to battle a Goliath.

Interestingly, I got called for interview. (See, if it had ended there I think you could have called it a success – ‘cause someone with 3 years of experience clearly had no business interviewing for a job requiring 10+ years). Well, that’s what conventional wisdom says – but I challenge you to dare!

As you may have guessed, I didn’t get the job. But every single person that interviewed me was visibly impressed. One particularly said, “You’re young, but I like your energy, we should be able to create some space for young people like you.” (There are lots of ways to interpret that; but I felt that he was saying, “Hey young man, while you’ve tried to persuade me that you can do the job, we’d prefer to hire an older person”).

You see the truth is: you don’t have to have all the requirements listed on a job vacancy before you can apply for it. Even when the required years of experience don’t match yours. As long as you feel that you can do most of the things listed in the job spec, I’d say go for it! And trust your gut! This has led me severally into applying for, and successfully getting part-time jobs and voluntary positions that are meant for people with significantly more years of experience than I have. It’s been God’s grace, I believe; but there’s the place of taking a step.

You see, any job for which you are 100% qualified for, isn’t your job. It won’t stretch you. It won’t grow you much. While the case I shared may have been an extreme one, the insights remain valid. Dare to try, even when you might seem unfit. Are they asking for five years, but you’ve got three years? Friend, as long as the role appeals to you, and you feel confident in your abilities and God-given potential. Go for it! Dare!

You may not get the job, but I can assure you that you’d have improved your employability skills, your network (those interviewers you meet and impress might even recommend you for something more appropriate – it has happened to many people I know). Your marketability improves, and your interviewing skills as well. It would even give you deeper insights into that organisation, industry, and what that higher-level job really involves, therefore, setting you up for success next time.

And finally, the best to time for a job is when you don’t really need one (or better put, when you still have one). The best time to get a job is not when you’ve been kicked out of your current job. Keep marketing yourself, keep testing the waters. Keep daring to try, even when you get rejections. It’ll pay off sooner than you think.

With warm wishes for the month of April!

This blog represents the views of the author and was originally posted on his Facebook wall. We thought some of our readers and applicants would appreciate some words of encouragement. We would like to add that each year is a separate admissions cycle and being unsuccessful in one year does not mean that you will also be unsuccessful in the next! Admissions will open again on 3 September.

Emmanuel Taiwo is currently studying for a Master of Public Policy at the Blavatnik School and is an Africa Initiative for Governance scholar.
The School