Costly mistakes: how US policymakers can better prepare for the next major threat 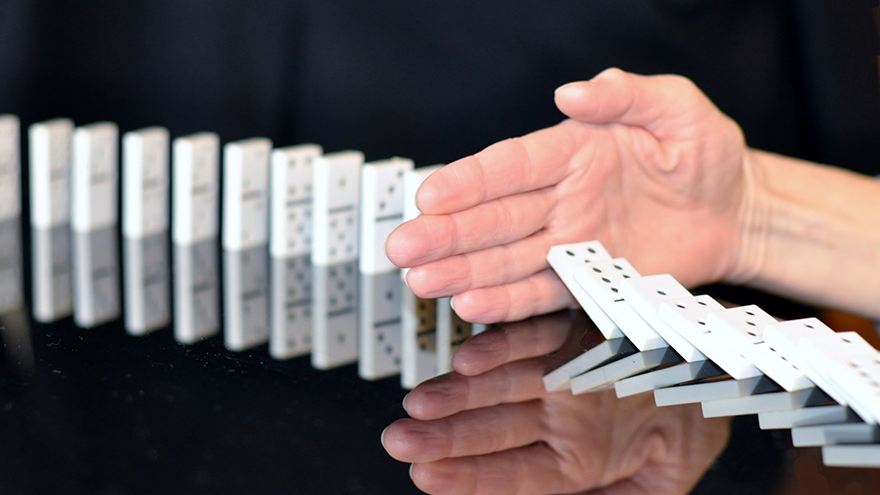 Whether the emergency is the outbreak of a new disease or a climate-related disaster, it is critical for policymakers to ensure adequate resources are available before disaster strikes. Yet the US is often underprepared for high-risk events with a high probability, with irrational decision making and interest group politics leading to poor policymaking and a lack of financial preparedness. By implementing a robust funding strategy for public health and disaster prevention and preparedness, the US government will be better positioned to address the ongoing threat of pandemics and climate-related disasters.

The case for investing in public health


Although public health officials cannot completely stop a fast-spreading disease, they can reduce the impact when armed with public trust and adequate funding. Indeed, there is broad public support for prioritising public health: according to a 2018 poll by the de Beaumont Foundation, 89% of US voters believe public health plays an important role in their community. Research also shows that public health initiatives can improve lives and conserve costs. A study in the UK found that for every £1 invested in public health, £14 would be returned to the broader economy. It seems that the old Benjamin Franklin adage, ‘an ounce of prevention is worth a pound of cure’, is a popular opinion backed by evidence.


The case for investing in pre-disaster mitigation


Similarly, there is a strong case for preparing
for a disaster before it strikes. The number of disasters in
the US has tripled since 1980 and, in 2019, the US experienced 14 climate
disasters with losses totaling approximately $45 billion. While it is important to reduce greenhouse gas emissions to
stabilise our atmosphere and prevent further destruction, we are already locked
into some climate impacts. Even if we can reduce global warming to
pre-industrial levels in the next few years – a big ‘if’ – we should expect climate-related
disasters to continue.


There is also a strong cost efficiency argument for investing in pre-disaster mitigation. A National Institute of Building Sciences study found that every $1 invested in pre-disaster interventions saves $6 in post-disaster spending. Moreover, implementing just two mitigation strategies could prevent 600 deaths, 1 million nonfatal injuries, and 4,000 cases of post-traumatic stress disorder in the long term. Planning ahead for major disasters can save both money and lives.


How the federal budget fails to plan ahead


Despite the strong cases for allocating
spending to mitigate the impacts of diseases and disasters, the US federal
budget doesn’t reflect this logic. Federal funding for disease prevention
programmes has declined by around $580
million since 2010, and funding for similar
activities at the state level remained flat. President Trump’s FY2021 budget
proposal contains a 9% cut to the Department of
Health and Human Services, including more than $693
million in cuts to Centers for Disease Control and Prevention (CDC)
programs.


Likewise, while it is good that the US
Congress passed a law committing $8.3 billion to treat and
prevent the spread of COVID-19, the funding was approved more than a month after the World Health
Organization declared the outbreak a public health emergency. For local governments,
the $950 million dedicated to state and local health
departments came only after more than 30 states were already managing multiple reported cases. Our public
health system needs to be able to access funding before a virus is already here.


In a similar way, only 10% of the Federal Emergency Management Agency’s (FEMA) federal risk reduction funds are spent on pre-disaster efforts; 90% of funds are spent post-disaster. In fact, the amount of money appropriated to pre-disaster mitigation grants in 2018 was approximately equal to 1% of FEMA’s total budget authority for post-disaster response and recovery. With the increasing frequency and severity of disasters, it is critical to reduce the risk of harm to lives and properties well before the floodwaters are at our doorsteps.


Where it all goes wrong


With such strong evidence for proactive
funding, why does the federal budget fail to fund preparation efforts for pandemics
and climate disasters? There are two mechanisms at play here: irrational
decision making and interest group politics.


Irrational decision making – specifically,
present bias ­– means that we are bad at planning for
the future. Psychologists and behavioural
economists have written about this for years, but it is still difficult for us
to overcome our inherent irrationality. Individuals, including the individual
policymakers responsible for allocating federal funding, are more likely to
address the current problems instead of protecting us from future risk (even
when that risk is looming and will pose severe consequences, as is the case
with both pandemics and climate disasters). In policymaking, present bias is also
exacerbated by other factors, including short-term political cycles and a media
environment that encourage reactive policymaking instead of forward-thinking
planning.


Regarding the second mechanism, powerful industry lobbyists often block meaningful policy actions – especially when the public isn’t organised around the issue. Without a public coalition of advocates in opposition to industry lobbyists, big businesses win out and we are stuck without the necessary resources when a pandemic hits or an earthquake strikes.


In the health field, the interests of pharmaceutical companies, hospitals and other major healthcare businesses skew the US health budget towards treatment instead of prevention. As a result, local health departments across the country are left with smaller and smaller budgets that make it difficult to prevent the spread of disease. Similarly, in the climate realm, the oil and gas industry lobbies aggressively against policies to reduce carbon emissions and spreads misinformation about the true risk of climate impacts. With policymakers in denial about the frequency of climate disasters, small cities around the country are left to fend for themselves against the increasing frequency of hurricanes, earthquakes and wildfires.


Releasing additional funding for public health, pre-disaster mitigation and other efforts to better prepare the US for emergencies is increasingly important as globalisation quickens the spread of disease and human-induced climate change brings about more disasters. By overcoming our present bias and building coalitions to defeat business interests, the US can seek to invest in reducing risk and respond in a more timely and organised manner to the threats we will continue to face.


Emmie Mediate is the Chief of Staff at the American Flood Coalition and an alumna of the Blavatnik School of Government (MPP 2017). Previously, she was the Director of Presidential Affairs at Planned Parenthood. Emmie holds a BA in Health Studies and Africana Studies from the University of Notre Dame and a master’s degree in Global Governance and Diplomacy from the University of Oxford, where she studied as a Rhodes Scholar.