Cooperation in Kyrgyzstan in times of pandemic 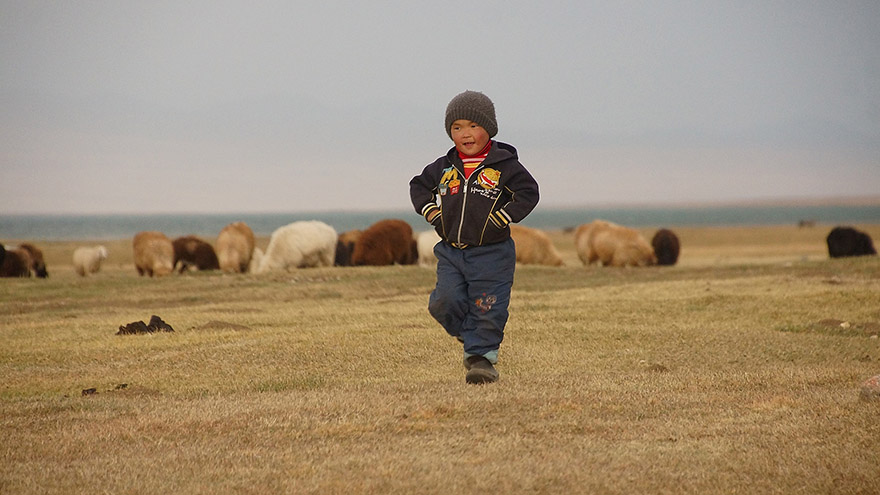 The COVID-19 pandemic has shown that there are essentially two sides to
handling the chaos in the health system: trust the government to fulfil his
part of the social contract, and rely on solidarity and self-help. In
Kyrgyzstan, COVID-19 led to a strong surge of solidarity. Thousands of
volunteers got organised and took the situation in hand: businessmen bought equipment for hospitals, members of the Kyrgyz diaspora sent
oxygen concentrates from different parts of the world, they also
arranged Zoom
consultations with doctors in Germany and paid salaries of doctors, engineering
activists equipped rural hospitals with oxygen
stations. Some people turned their vans
into a temporary ambulance equipped with oxygen tanks. Regular running ads on TV about selling bricks and sticks changed their
content to masks give-aways and small medical equipment. Doctors and volunteers
set up free consultations and shared information through social networks, while
the local media published long lists of people "who took up the functions of the government" during the
Covid-19.

As of 10 September 2020 Kyrgyzstan, a country with a population
of 6 million people, had 44,684 cases and 1,063 deaths. It is hard to tell what was the exact impact of this solidarity
outburst on the management of the health crisis; however, the crisis made
apparent the fact that there is still something underneath the country’s collective
conscience that prevents the government system from effectively delivering public
goods. Just like "Koschei the Immortal", an archetypal tyrant in
Slavic folklore whose soul is hidden in a needle, a needle in an egg, an egg in
a duck, and so on till the oak tree on the black mountain on a distant island, the
soul of Kyrgyzstan’s Leviathan could be somewhere else.


In social capital theories, trust and emotional attachment to a society
facilitates cooperation and can improve public sector efficiency. High levels
of volunteering and civic engagement should be contributing to building
democratic institutions, spreading generalised trust and cooperative norms in
the society. In practice, in Kyrgyzstan despite the efforts of the civil
society and international development cooperation in promoting the rule of law
and the effective democratic institutions, this still remains a challenge. Maybe
this happens because too often the values of democracy are funnelled into
developing countries as a ‘ready-to-consume’ product, rather than mixing such
values with the local know-how and culture. As Elinor Ostrom has emphasised, local
knowledge and locally evolved norms of reciprocity that have flourished over
multiple generations, and have produced a set of specific clear rules that cannot
be ignored. Simple institutions can in fact shape powerful community identities
that need to be understood and integrated by complex systems.


The roots of social capital in Kyrgyz society are built in the
traditional nomadic society which perceived cooperation not as a
self-interested act as argued by Adam Smith, nor as an expression of individual
social temper, as stated by Marshall: “co-operation has a special charm for
those in whose tempers the social element is stronger”. Instead, unreciprocated
cooperation in Kyrgyzstan is the central element of a normative collective
action. Austere mountain environment has undoubtedly limited the stretch of
free riding, advantaging the survival of trustworthy individuals who owed
loyalty to a tribe, but not necessarily to a nation. Organised into forty left
and right wings, which reflected the military disposition in case of war, Kyrgyz
tribal structure obeyed strict rules and accumulated specific knowledge in
proverbs, heroic epics and specific rhythmic storytelling. Identities were
shaped by these narratives channelled through the tribal networks, governed by
a representative democratic governance system called kurultai, in which traditions and rules were above persons. Frequent
conflicts with Mongolian, Chinese and other Turkic tribes shaped a strong sense
of belonging and favoured heroism. Heroic attitude is, in fact, one of the
strongest narrative transmitted through the national epics, among which the
epic of Manas stands out as one of UNESCO’s
Intangible Cultural Heritage of Humanity. Heroes were severely punished in
Soviet times as being unpredictable and disloyal to the communist ideology, as these
initiatives entered in conflict with the logic of the communist system’s state machinery
that was designed to be the only provider of public goods. And yet, heroes
remain in the collective memory of people just like the first chief of the
republic, Jusup Abdrakhmanov in 1938, who declined the central directive to
restructure stock-breeding agriculture into wheat production that had costed of
lives of a quarter of population in neighbouring Kazakhstan.


Individual heroism in many societies has evolved into the concept of
leadership that is able to stimulate group cooperation, necessary for building institutions
able to handle complexity of development. The decline of heroism in the Western
culture took centuries, but it created the necessary epistemic space where
heroic endeavour was channelled into the ethics of citizenship. It probably
started when Homeric heroes were replaced by Good Samaritans, and concluded
when the story of Don Quixote ridiculed chivalry. In Kyrgyzstan, leadership
still reconvenes acts of individual heroism, and not only during the Covid-19
times: one-man political parties, individuals set up parallel social protection
systems, install city lights, organise large-scale waste-management
initiatives, plant trees, and while these are positive endeavours, they remain dispersed
initiatives. Maybe it is time to allocate more time and importance to think
about how the local knowledge, values and norms can be aligned with the
modern-day complexity and enable positive change?


Could it be that this new sense of shared responsibility gained during
the pandemic will contribute to generating new rules of conduct that would lead
to greater social cohesion and democratic governance? It will be probably
necessary to transform individual heroism into group cooperation first, and
through this, design new institutions that are not punitive but preventive,
rational, inclusive and integrative of the country’s cultural foundations and global
challenges. In fact, in societies in which ‘freedom’ is understood as
‘free-riding’, collective action requires the existence of common rules and
conventions, but even more importantly, a sense of ownership of such rules.


Local connotations of the word ‘freedom’ in Kyrgyz are close to the meaning of ‘liberation’, while boys' names that mean ‘free’ were particularly popular during the Soviet Union. On 31 August 2020, Kyrgyzstan celebrated its twenty-ninth anniversary of independence from the USSR, and since the word ‘sovereignty’ (egemendik) translates from Kyrgyz as ‘in the hands of the divine’, perhaps it’s time that society did not solely rely on the divine, but also took responsibility to build institutions that build trust. As the French classics would say, freedom is a choice above all, and making responsible choices would be indeed a sign of maturity of the society.


Nazik Beishenaly (MPP 2017) is an alumna of the Blavatnik School of Government. Read about her experience in Oxford and on the MPP.