Climate deal: does it matter? 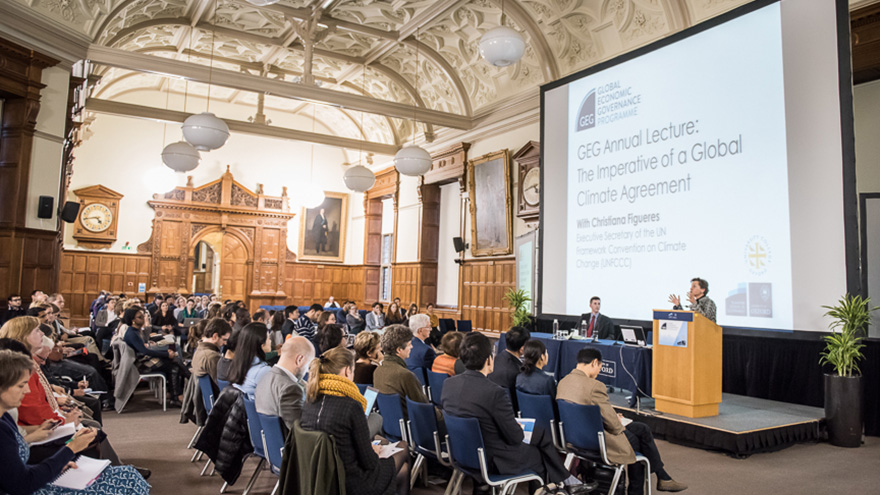 Listening to UN climate chief Christiana Figueres talk about the state of the global negotiations to slow down climate change, five weeks before COP21 in Paris, one could be tempted to be optimistic. But the history of the climate negotiations, and countries’ social and political realities, could make one question all the hype around the Paris summit.

Ms. Figueres touted the progress on the so-called INDCs, or Intended Nationally Determined Contributions, voluntary pledges of reducing emissions that countries most responsible for global emissions have made.

She convincingly argued that with the approach of identifying each country’s national interest and aligning it with the global goal of reducing emissions, it will be in everyone’s best interest to agree a global action on climate change.

She pointed out that even in small-island and least developed countries, where using fossil fuel seemed to be the only option to allow growth, it would eventually be a double burden. She said following the old high-carbon development model would condemn them to being left behind in the future when the fossil fuel technology is increasingly difficult to access.

She hailed the progress made in China, when just a few years ago, no one would have thought it would be the largest solar panel producer and that it would commit to a specific plan to curb emissions from fossil fuels.

But Ms. Figueres admits that there is no global police. There will not be a globally binding compliance and enforcement system. There is no guarantee that anyone will actually abide by their much-celebrated climate pledges. She is right and that is the problem.

Take Indonesia, the world’s sixth largest emitter according to World Resources Institute (2014). In 2009, it pledged to reduce emissions by 26 percent by 2025 or 41 percent with international support. Since then though, its rate of deforestation, which is the largest contributor to Indonesia’s emissions, has remained largely unchanged.

This year, for four months and counting, forest and peatland fires have been raging in Sumatra and Kalimantan, two Indonesian islands where forest-conversion to palm oil is most rampant. By some estimates, the daily emissions from the fires have surpassed the average daily emissions of the entire U.S. economy.

As millions in Indonesia, and neighboring countries Singapore and Malaysia, were breathing the toxic air, Indonesia made a new pledge of reducing emissions 29 percent by 2030. Activists call the proposal “weak” and “kind of a mess”, but they are missing the point.

Does it matter if Indonesia, or any other countries, pledged to cut more of their emissions? Canada ratified the Kyoto Protocol then backed out just before it faced an obligation under the treaty to pay for its failure to meet the emission cut target.

What will lead the transition to greener development, I would argue, is technology and the market. Ms. Figueres envisions an energy sector revolution that focuses on decentralized power distribution using clean renewable sources—allowing cities and villages to generate its own power instead of relying on the grid. I would like to see the oil and gas companies to look into other business models and the automotive industry to focus even more on developing electric or hydro-powered cars—anything that will eventually put gasoline behind. How about saying no to palm oil? Demanding that companies put proper labels on their products, and not buying products that contain palm oil? And how about refusing to clear forests for timber or agriculture?

Until the technology for decentralized power is as accessible as mobile phones; until people choose to drive less powerful electric cars over fuel-hungry SUVs, to take public transport, to save electricity, to be informed consumers and to advocate with their wallets; until companies can be made to clear land without burning it, and villagers can be empowered not to accept any payments to burn peatland; and until local officials and law enforcement authorities can be stopped from profiting from forest concessions, climate pledges will only allow heads of state to pat each other on the back.

Alice Budisatrijo is studying for an MPP at BSG. Read her profile or find her on Twitter.