The changing actor dynamics in the Philippines’ Moro conflict 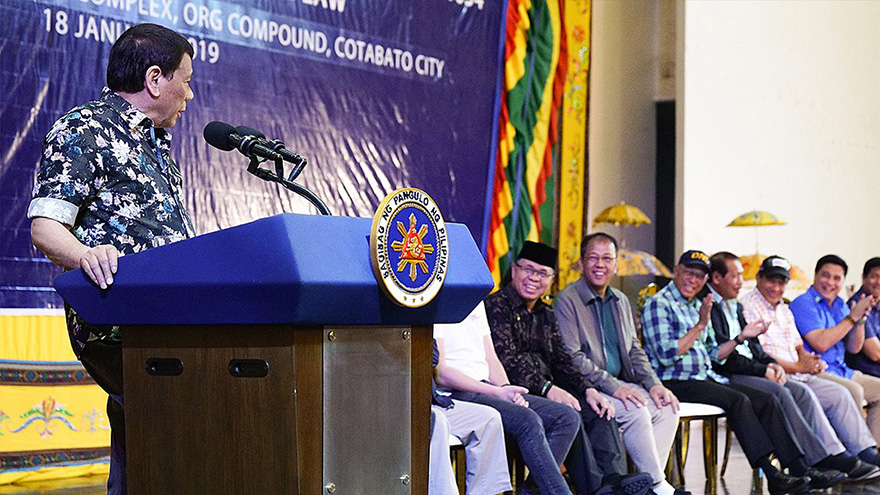 The passing of Bangsamoro organic law, better known by its previous name Bangsamoro Basic Law (BBL), last July presents a unique chance for peace in the southern Philippines as the government and two rival separatist groups agreed to work together. While the signing of BBL marked yet another historical breakthrough that indeed should be applauded, one would fairly ask why, with a history of failed peace settlements, would the parties want to commit to peace this time around?

This year on 26 July, the Philippines’ current President Rodrigo Duterte signed the Bangsamoro Organic Law - a move widely welcomed by many, including the United Nations, the U.S. as well as the European Union. Congratulatory messages were sent to Duterte’s government also by countries and organizations with historical ties to the peace efforts in the Moro conflict such as the Organization of Islamic Conference (OIC), Malaysia, and Japan among others. Drawn based on the 2014 historic Comprehensive Agreement on the Bangsamoro (CAB) signed between the Benigno Aquino III government, Duterte’s predecessor, and the Moro Islamic Liberation Front (MILF), the BBL is expected to address some of the principal grievances that underlie decades-long conflict in the country’s southern region of Mindanao. Among the key features of the law is the replacement of the current ARMM autonomous region with a new autonomous region the Bangsamoro Autonomous Region in Muslim Mindanao (BARMM). Subject to plebiscites scheduled later this year, the BARMM is also expected to encompass both the core territories of ARMM. In addition, at least ten other provinces outside the core territories can opt to join the new autonomous region. Furthermore, under Article 5 of the law, the Bangsamoro government (to be created with the assistance from the central government), will have a significant autonomy to determine, among others, budgeting, administration of justice, creation of resource of revenues, civil services, culture and language, customary laws, indigenous people’s rights, ancestral domain and natural resources, all of which have played a pivotal role in fuelling the conflict that goes as far back as the Spanish colonial rule.

One critical reason for the parties, particularly the Philippine government, to commit to peace now is the continued evolution of the dynamic relations amongst the conflict actors. Today, the two key Moro separatist groups the Moro National Liberation Front (MNLF) and rival group the MILF still seem to be on board with the BBL despite their historical disagreements and differences. In particular, the MNLF leader Nur Misuari, who was frozen out of the BBL process for his alleged involvement in 2013 Zamboanga crisis, has vowed to work for peace after President Duterte asked the court to suspend all the arrest warrants against him. While it remains to be seen how the two rivals will reconcile their differences and collaborate in implementing the BBL, the relative willingness to work for peace by the two major separatist groups presents a critical momentum for the government to follow through its promises.

This article appeared originally on the Changing Character of Conflict Platform's website on 4 February 2019.

Fausto B. Ximenes is a Blavatnik School of Government alumnus (MPP 2017). He recently worked as a research assistant with the Changing Character of Conflict Platform. With over nine years of professional experience working in post-conflict Timor-Leste in the field of justice, human rights, rule of law, and conflict resolutions, Fausto has served with various grassroots and international organizations including with the United Nations transitional administration in Timor-Leste.