A chance encounter in Yemen: gaining strength from the Blavatnik School community 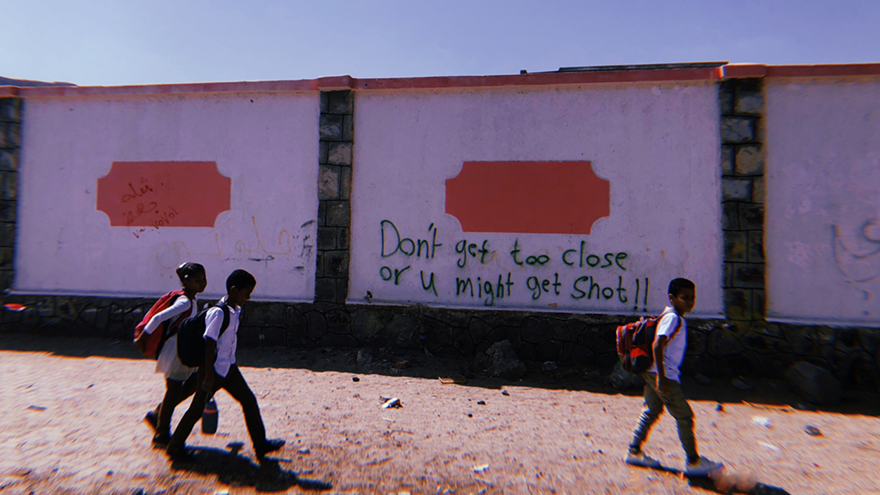 For the past year I have been running a humanitarian mission in Yemen. It is not the first armed conflict I witness, yet the scale of carnage and suffering, destruction to civilian infrastructure, and continuous collapse of peace negotiations have been shocking.

Nonetheless, the past few months have left me feeling particularly grateful to be part of the Blavatnik School of Government community, through which a chance encounter has helped me persevere in conditions which might otherwise have seemed hopeless.

In October I was deployed to Aden, which has been under the control of the Southern Transitional Council, a separatist movement, since the internationally recognised government’s forces fled the city in August. I worked on establishing the mission, and today I have the privilege of leading a dedicated team of thirty Yemeni staff, including doctors, nurses, midwives, pharmacists and engineers. I was wholly consumed with work during the day, yet each night I would stay in my compound, behind high walls and barbed wires, in conditions of solitary confinement.

One night I was invited for a modest dinner with a few other humanitarians at the International Committee of the Red Cross (ICRC). At the time, there were only about 200 humanitarians in total from INGOs and the UN in the entire South Yemen and, given extreme movement restrictions due to security risks, we all kept a low profile and barely ever met. Using this dinner to enjoy a small sense of normality and connect with one another, we took the opportunity to share photographs of our families – mine was from the Master of Public Policy (MPP) graduation celebration. The Radcliffe Camera and MPP gown were immediately recognised by ICRC Field Team Leader Mariam Mikadze Giorgiadze, who turned out to be a fellow MPP alumna who had graduated just one year before me. We embraced each other, overjoyed at this fortunate stroke of serendipity.

In January I fell ill with a severe case of malaria. Misdiagnosed in a local hospital, I was not administered malaria treatment as early as I should have been. Mariam heard of my deteriorating condition and ICRC stormed into my compound, where I was lying under an IV drip hanging from my window to reduce my fever, falling in and out of consciousness. Their intervention saved my life, with Mariam sitting at my bed and feeding me as I slowly returned back to health.

In March, when the pandemic broke out and the borders started shutting down, humanitarians were posed with the dilemma of whether to leave on the last UN evacuation flights, or to stay. WHO modelling suggested that the impact of the pandemic in Yemen would be catastrophic, with 86% of the population infected in the most likely scenario without mitigation, and 93% of the population infected in the worst-case scenario, with over 60,000 dying immediately and over half a million requiring intensive medical care. Even before the pandemic, the Yemeni healthcare system had effectively collapsed, with half of Yemeni hospitals destroyed and non-functional due to airstrikes and active fighting. With air and sea routes closing Yemen off, medical evacuation for humanitarian staff became impossible and contingency plans in case of a security breakdown became redundant. Nearly all UN international staff and the vast majority of INGO staff chose to leave. We were deeply torn, spending sleepless nights discussing both choices. In the end, both Mariam and I decided to stay.

I evacuated my colleagues and stayed behind with my Yemeni team, arguing my refusal to leave against the will of my concerned headquarters in Warsaw with the humanitarian imperative to continue to deliver and the sense of responsibility for my team. My staff and I worked with local water and health authorities to rebuild and run health clinics, hire and train medical staff, provide medication and medical equipment, assist in birth delivery and vaccinate children, and provide access to safe water and sanitation systems in malaria, cholera and now COVID-19 outbreak zones. Meanwhile, Mariam and her protection team visited detention centres to ensure humane treatment of prisoners, promoted international humanitarian law amongst armed actors, organised food distributions and – in light of COVID-19 – undertook dead body management.

Since detection of the first COVID-19 case in April, over 100 still-functioning hospitals shut down due to the lack of personal protective equipment. The dramatic humanitarian needs in the country are exacerbated by aid cutbacks as a consequence of rapid scaling down of international operations, and the underfunded humanitarian response plan. Despite lack of official numbers, the death toll has been unspeakable – COVID-19 added to thousands dying from malaria, dengue fever and the biggest outbreak of cholera recorded in history. Meanwhile, the warring factions exploited the virus to further demonise the enemy and advance their military agendas. Mariam and I checked on each other daily, helping each other with issues ranging from the mundane lack of running water and electricity cuts to brainstorming constantly arising managerial challenges. Visiting each other regularly gave us a precious sense of normality. Our friendship, forged in such unlikely circumstances, gave us a little resemblance of a home far away from home.

As months went by, the fatigue started to set in. Mariam was showing early physical signs of exhaustion and ended her mission after a year in Yemen. This time I was privileged to be by her side, assisting her with medical care and preparation for her departure. She has now returned home to be reunited with her family in Spain.

I have no doubt that the bond we have formed through the hardships here will stay with us for life. In the midst of uncertainty and everyday challenges, her camaraderie was my lifeline. We spent many evenings remembering our days at the Blavatnik School, and discussing how we can apply what we have learned during our shared experience to tackle challenges such as the Yemen war in the upcoming years through more direct policy interventions.

My experience in Yemen shows just how far the Blavatnik School community reaches and highlights the strength of its ties. Both myself and Mariam remain immensely grateful for what we have gained from being part of the School. As I continue to learn and take on new challenges, I try to carry the School’s ethos and vision with me, to contribute to our common endeavour towards a world better led, better served and better governed.

Image: Children walk past a graffitied wall in Aden, Yemen. The graffiti reads "Don't get too close or you might get shot!". Image by Aleksandra Wisniewska.