The Case for Structural Reform 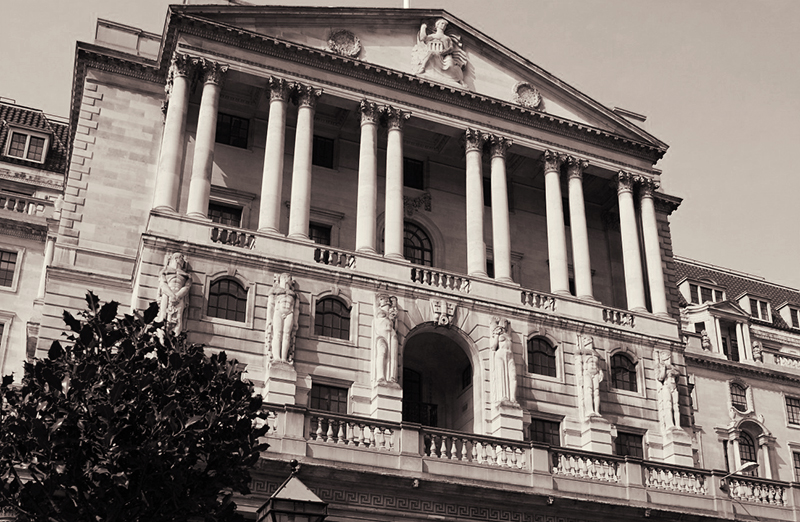 The bank bailouts of the late 2000s have cost America’s taxpayers at least $21 billion, with comparatively hefty bills for taxpayers in Britain and the Eurozone, according to the Congressional Budget Office (CBO).

In an attempt to reduce the probability of future bailouts, the US, the UK and the EU have proposed structural reforms to separate retail banking from risker investment banking functions. However, these reforms have some critics wondering whether structural separation’s promised benefits will ultimately outweigh its global costs.

A recent report by the International Monetary Fund (IMF) finds that these policies, the US Volcker Rule, the UK Vickers Commission Report, and the EU Expert Group (Liikanen), would impose a potentially significant burden on the global economy and stresses the need for a cost-benefit analysis that would address cross-country implications.

The proposals, which differ in scope and design and stand at different stages of the legislative process, were intended to accompany other measures to reduce retail banking risk, including the new macroprudential requirements focusing on capital adequacy, deleveraging and tighter liquidity ratios. Policymakers in the US, UK and EU suggested that by shielding retail banks from liabilities associated with bankruptcy, either completely or via ring-fencing, the reforms would solve the too-big-to-fail problem and achieve financial stability.

But what extra-territorial implications will these national and regional measures carry? How will the many moving parts of the financial regulation—in particular, its price-based tools—interact with the ring-fence without becoming counter-reactive?

The authors of the IMF report assert that a robust case for structural measures exists. First, structural banking reform measures would fill a gap in the regulatory response that capital and liquidity requirements on their own cannot address. For example, while risk-weighted capital and leverage ratio requirements can potentially lower institutional and systemic risk, the inherent complexity of banks’ business models makes such price-based regulation a weak tool for fighting tail risk, the report’s authors argue. By prohibiting banks from engaging in certain activities deemed too risky, structural policies may guard better against tail risk.

Second, insulating banking activities vital to the economy from distress elsewhere in the banking group would facilitate recovery and resolution. Traditionally, intra-group guarantees (IGGs) and back-to-back booking practices (BPs) have enabled a parent group entity to support a subsidiary in times of financial distress. However, these support measures have had myriad downsides. To start, a subsidiary does not necessarily need the capacity to operate on a stand-alone basis; thus, if the parent entity becomes insolvent, the subsidiary would risk insolvency as well. In addition, the process of unwinding and de-coupling assets under BPs is notoriously unwieldy, the IMF report claims. Structural separation coupled with strong capital requirements would not only make the process of sorting out banks that got into trouble easier, but would also decrease the probability of insolvency.

Finally, by shielding essential financial functions from high-risk activities, the structural policies would lower the cost of bank recovery and resolution for taxpayers. Public guarantees would now be circumscribed to vital banking functions, and their separation from high-risk financial activity would mean that taxpayers would not have to foot the bill to save ailing trading affiliates.

Despite these benefits, however, the authors of the IMF report point to several serious repercussions of structural reforms. The first is the potential for banks to circumvent a structural regulation and compound the market failure that the regulation aims to correct by moving risky activities to the shadow banking sector. When implemented, structural separation would nonetheless leave certain institutions and emerging market economies below the threshold of regulation. The risky activities prohibited by the separation might then migrate to exempt financial arrangements, such as structured investment vehicles (SIVs), repurchase agreements, and hedge funds, as well as to geographical regions eager to develop their domestic capital and financial markets. The authors caution that any structural measures must find a way to address the risk management capacity of the shadow banking sector.

Second, the authors emphasize the high implementation burden of the structural reforms. The Volcker Rule’s delineation of permissible proprietary trading, for example, makes it difficult for banks to differentiate between normal market-making activity and proprietary trading, which is prohibited under the rule. In addition, the authors present evidence that unwinding and decoupling costs would pose a compliance challenge, citing that it took two and a half years for American International Group’s (AIG) derivatives subsidiary to unwind its $2 trillion portfolio with more than 45,000 individual trades.

Finally, the authors argue that cross-border complexities are paramount in the structural reforms. They present the following example as a simplified illustration of potential cross-border resolution difficulties:

The hedge of a derivative position taken in country A may be concluded by the bank’s proprietary trading subsidiary in country C, which does not impose structural requirements on such activities. In a resolution scenario, both transactions could end up in separate ring-fenced entities domiciled in different jurisdictions, thereby increasing imbalances.

Ultimately, the authors conclude that while the structural reforms can work in tandem with price-based regulation to reduce the probability and severity of future crises, policymakers must analyze how the different parts of the regulation will fit together and what can be done to maximize benefits and minimize costs. A global cost-benefit exercise, the authors say, would be a great start.

Natalie Punchak is an MPP alumna from the inaugural class of 2012, now at the University of Pennsylvania Law School.

This post originally appeared on RegBlog, the online source of regulatory news, analysis, and opinion housed at the University of Pennsylvania Law School and affiliated with the Penn Program on Regulation.