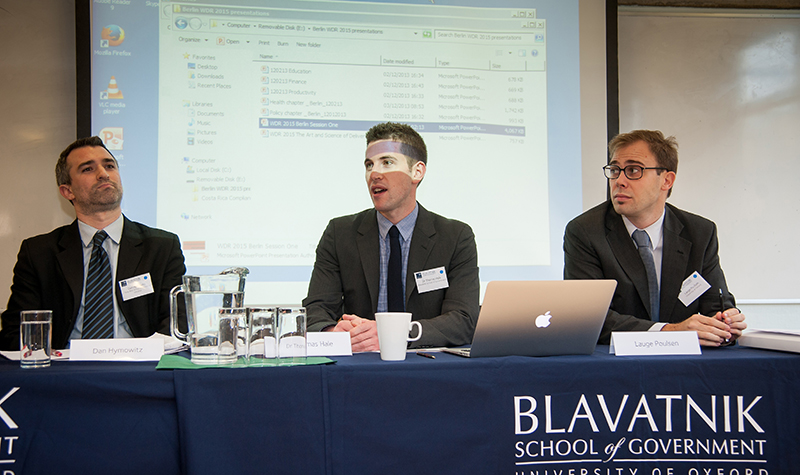 A summary of insights into the Challenges of Government Conference session on "Can people power power development?"


There is a behavioural turn currently taking place in the Social Sciences especially in Economics, whereby psychological and cultural insights are applied in the understanding of human behaviour beyond the assumptions of categorising humans as rational, logical, utility-maximizing beings.

The discussion of the session focused on how this new line of thinking can lead to more effective governance, as government policy can be designed and undertaken in ways that treat people as people, rather than as abstract versions of themselves.

Applications of the 'behavioural turn' in the social sciences


The World Bank is alert to this behavioural turn in the social sciences, and its upcoming report in 2015, considers what development policy can take from the field of Behavioural Economics, Anthropology and Sociology. In most interventions/programs, there is a focus on the actions of individuals. However, with insights on subjective preferences, social norms, and heuristics, interventions can use a richer model of understanding to enhance long-term success.

Some examples of applications of behavioural insights:


There has been a steady rise of citizen’s expectations, as more countries, especially developing countries, achieve stable democratic governments. However, governments of these countries have difficulty in meeting these expectations largely due to a lack of capacity in government to implement initiatives and programs.

The question therefore asked of the behavioural turn, is whether it can be effective in closing this capacity gap of governments. In addition, can behavioural insights be applied to more complex issues, such as financial regulation and climate change mitigation?

At present, behavioural insights are not employed to larger, more complex issues of macro-policies and high-level regulations. However, it is acknowledged that a lot of governments around the world work in difficult circumstances, and in addition to the traditional approaches to overcome challenges, behavioural approaches can be a useful tool, among the other possible tools governments can use.


Though the behavioural insight is particularly new to Economics, for other subjects in the social sciences, such as Sociology, Anthropology and Political Science, this is not a new discourse, as norms and subjectivities have been incorporated in models of human behaviour of these disciplines for quite some time.

However, what is new in this particular behavioural turn is the ability to identify systematic deviations from models of rationality, which can be measurable and subsequently used in making predictions. This is useful for interventions of policy as it could reveal conditions in which deviations might occur, and points where interventions can produce positive outcomes.

Criticisms of the behavioural approach


Despite the possible usefulness of behavioural approaches to government interventions, critics are concerned of the paternalistic nature of the approach, and there are also questions of manipulation and a lack of transparency on the part of the government.

Adherents to the behavioural approach contest these claims, and argue that individuals are constantly subjected to advertisements and campaigns which motivate them to consume private goods and services. On the other hand, government use this approach, in addition to an array of other approaches, to assist in public service delivery.

In a development context, especially with the World Bank’s upcoming report, there is concern of the ethics of this approach, for example a possible tension between the empowerment of people by allowing them to be able to make free choices given a set of constraints, and the manipulation of choices available to them. There is also concern that the technicality of this approach may result in an increasing use of international agencies and academics, as sustained implementation by the civil service within a country may not be possible.


There is no substitute for building government capacity, promoting accountability, and enhancing the ability of governments to act in the best interest of the people. Behavioural interventions should be regarded as just another tool for policy makers, and each intervention should be considered unique and very context-sensitive. Ultimately, the most effective interventions are the ones that empower people.

Read more blogs on sessions from the Challenges of Government Conference.