Can Marrakech's COP22 solve the unfinished tasks of Paris' COP21? 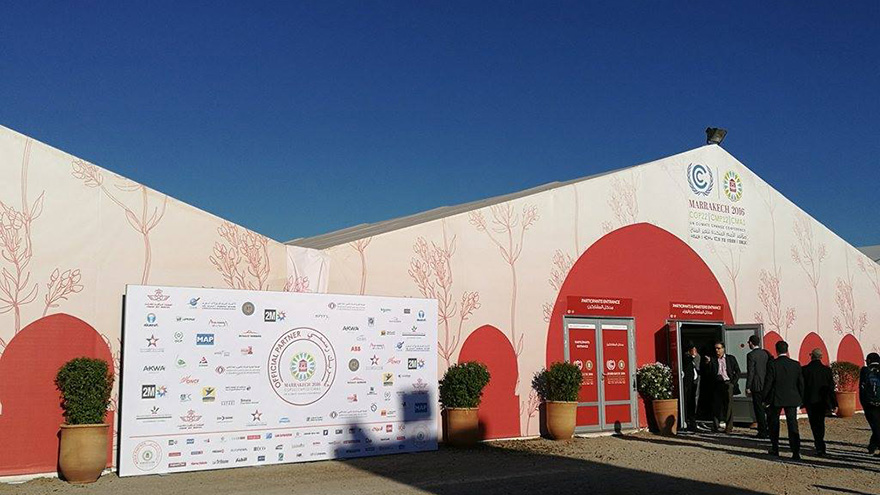 In December 2015, the 21st conference of the parties (COP21) of the United Nations Framework Convention on Climate Change (UNFCCC) had made a decisive turning point in the world’s endeavour to avert dangerous changes in our climate. 195 nations pledged to keep global warming below 2 degrees Celsius by the end of the century. The COP21 in Paris evidenced the historical moment of reaching an international agreement to limit climate change by setting a 1.5°C target; this required the widest possible cooperation by all countries, and their participation in an effective and appropriate international response.

What are the achievements of COP21?

The Paris climate conference adopted the “ratchet mechanism” and called for countries’ continual ambitions in its pledges. The concept of “intended nationally determined contributions”, or INDCs, was used for the first time in this context. The Paris agreement was different in many other ways. It included a human right approach in its preamble, a strong ambition mechanism, a collective stock-take of emissions reduction actions with ratchet-up mechanisms to ensure the contributions of each country could be scaled up. Moreover, the agreement emphasised capacity building in developing countries, which in many ways will benefit the most vulnerable people as well. As Barbara Hendricks, German Minister for the Environment, put it: “For the first time all the countries of the world are together on the path to save the planet (…) we fought for a long time and today we’ve reached a solid agreement. It is a historic turning point.”
The year 2015 also evidenced the adoption of United Nations General Assembly resolution A/RES/70/1, “Transforming our world: the 2030 Agenda for Sustainable Development”. The new Sustainable Development Goals (SDGs) have clearly set the outlook for a paradigm shift towards a more sustainable future. The Paris agreement is not the end of story but the beginning of rigorous enforcing and implementation efforts. The COP22 happening this week in Marrakech is a new battlefield of climate negotiation and yet a new policy window to take actions seriously.

What is unfinished in the Paris Agreement?

While the Paris Agreement has been declared a success by many policy makers, criticisms of the outcome of COP21 have been put forward by many as well. Taking the INDCs as an example, the current level of commitments will not bring us anywhere near the desired 2°C warming goal (not to mention the even more ambitious 1.5°C goal). At their current ambition level the INDCs will leave us with approx. 2.7 to 3.0°C increase in global warming by the end of the century, well beyond what experts, such as the Intergovernmental Panel on Climate Change (IPCC), consider ‘safe’ levels of climate change. Bernie Sanders, previous U.S. Presidential Democratic candidate, summarised this well: “While this is a step forward, it goes nowhere near far enough. The planet is in crisis. We need bold action in the very near future and this does not provide that.” Furthermore, some experts criticise that only some parts of the agreement are legally binding while others, e.g. the national pledges by the countries to reduce emissions, are not and hence not enforceable.
Many critics argue that, while developed countries agree on a legal obligation to provide climate finance to developing countries, the $100bn a year financing goal is not ambitious enough and not sufficient to help poor countries manage the transition towards a low-carbon economy. In addition, while the $100bn already existed for several years prior to Paris, recent reviews of the activity of the fund shows that in the past only a small percentage of the pledged money has actually been employed. This is partially due to the fact that damages caused by climate change related events are not eligible to benefit from the fund. Moreover, the agreement explicitly excludes liability and compensation payments for ‘loss and damage’. ‘Loss and damage’ is the UNFCCC’s terminology for damage from existing and future climate change such as rising sea levels and extreme weather events and was one of the most controversial debate topics during the conference.

Can Marrakech COP22 solve these problems?

The COP22 in Marrakech is said to be the COP of action: “It is all about implementation, implementation and implementation”. The President of COP22, Salaheddine Mezouar, described COP22 as an “opportunity to make the voices of the most vulnerable countries to climate change heard, in particular African countries and island states. It is urgent to act on these issues linked to stability and security.” This indicates that COP22 will take the ‘loss and damage’ debate to a new level and give significant priority to the lives at highest risk or strongest suffering from climate change. Yet, in order to achieve the priorities of The Paris Agreement, this COP needs to address a few important issues during the remainder of these two weeks.

It’s not likely that countries will modify their INDCs substantially from what has been announced at COP21. Yet, there is also no reason that a country cannot update their INDCs. The ratchet mechanism shall take into account sustained contribution from non-state actors and update the INDCs with inclusive counting of contributions from grassroots as well as niche mitigation innovations such as China's futuristic "straddling bus". Of course, policy instruments are needed to realise further ambitions.

2. Ratification of the Paris Agreement

These two weeks around COP22 are the peak time for countries around the world to ratify the Paris Agreement. As of 8 November 2016, 193 parties signed the Paris Agreement while 103 parties ratified. We have seen major powers such as U.S. and China ratified Paris Agreement during G20 Summit in Hangzhou especially at China’s presidency this year. Later, Ministers in EU also approved the ratification. Yet, Russia, Australia, the Middle East and African countries have not ratified the agreement by the time all countries’ delegations fly to Marrakech. We hope the negotiations in Marrakech will augment the momentum of ratification and nudge these countries to take collective responsibilities.

3. Translating international agreement into domestic legislations
There have been questions about how “legally binding” the Paris Agreement is – not legally binding on international level, but it is legally binding at domestic level once countries promulgate domestic regulations to enforce their INDCs. The Paris Agreement in COP21 was cleverly drafted with a carefully crafted language. Considering the diversity of national interests and different political situations in the participating countries (parties), it didn’t come as a surprise that some of the language in the final agreement had to be somewhat ‘woolly’ and that only parts of the agreement could be legally binding. The best example for this are the U.S. for which some slightly more rigorous language in the final draft (e.g. ‘should’ instead of ‘shall’) would have meant that Congress would have to confirm the agreement. With the current Republican majority in Congress the agreement would have almost certainly been rejected, which would have meant the complete failure of the Paris negotiations. The language and ambition level in the agreement hence reflects the upper limits of what was possible to achieve in Paris under existing national political conditions. The work of translating Paris Agreement into national legislations is not easy for each country and needs to balance efficiency and equality in government regulations.

4. Public sectors cannot do it alone
How to finance the actions needed to achieve the 2 degree goal was not clear in COP21 and policy makers are aware that public money is not sufficient to support all transition activities. Private sector is the key partner in international development particularly when activities need scaling up or replication. The World Bank’s IFC has provided about $15.3 billion in long-term financing for renewable power, energy efficiency, sustainable agriculture, green buildings, and private sector adaptation to climate change. The COP22 shall feature a platform to further leverage private sector money and promote bottom-up innovations driven by private sector business motivations.

How well is the COP22 negotiation going so far?

After the first week of the negotiations and well into the second week there are some good and some less encouraging news about these issues. However, while it is probably too early to call it already a success, things are looking promising.
On further ambitions in the ratchet mechanism China stated that it would continue with its ambitious climate policy and try to accelerate decarbonisation despite a potentially unwilling US presidency. Many negotiators and experts now look forward to the potential Chinese leadership in climate actions. The High Ambition Coalition, a group of 35 states including Pacific island, African and Caribbean governments, EU member states, the US, Mexico, Canada, and Brazil, gave a similar statement, alas without the US. In the second week, however, pace will have to pick up as current technical discussions around NDCs, baselines, and methodologies progress slowly and many countries criticized the COP Presidency for the slow progress. Negotiators from developing countries said that the Moroccan government’s first proposed draft of the so-called “Marrakech Call” lacks political balance and reads extremely partial to the interests of rich countries. Some observers argued there would be a backlash if “Marrakech Call” could not reflect the political balance that has been achieved in Paris Agreement. Hence, the “principle of equity” and “common but differentiated responsibility” are still insisted on and fought by the groups of developing countries. Given the continued pressure, the first draft “Marrakech Call” has been further revised and renamed “Marrakech Action Proclamation for Climate and Sustainable Development" which stated major solutions offered to combat climate change. Today the High Level Champions announced the MARRAKESH PARTNERSHIP FOR GLOBAL CLIMATE ACTION, which clarifies how countries and other actors will work together to drive immediate, transformational climate action. Island countries are now pushing hardest for the most ambitious actions for the 1.5 °C ceiling. As the negotiation is getting to the fiercest and contentious point, it is obvious that all negotiators understand clearly that we all only have one earth and “cooperation is the only choice”.

All images copyright of the authors.
Climate Global cooperation
...
Trade