Breaking down the climate change debate 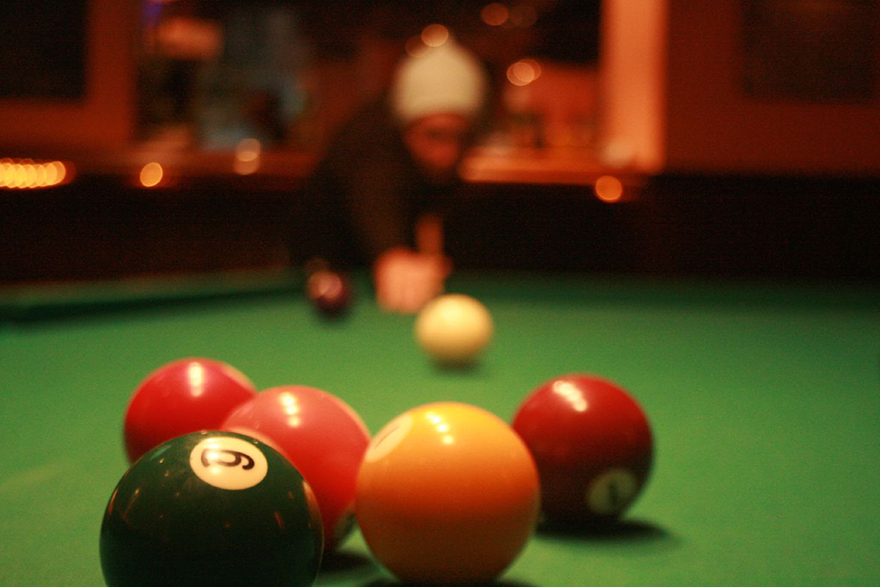 ‘Momentum’. It is a buzzword in politics. But, restoring it to its origins, I can recall, from the haziness of my high school physics education, a scientific law: that when opposing, inelastic, objects, each carried by its own momentum, collide, new forms of energy arise: heat and sound.

This – with apologies to physicists – describes the current state of the climate change debate.

On Monday, the Obama administration made further inroads on the climate change front, with the US Supreme Court substantially upholding the Environmental Protection Agency’s greenhouse gas emission permit regulations under the Clean Air Act.

Many supporters interpreted the holding to also bolster the legal strength of President Obama’s recently announced initiative for the US to cut national power plant carbon emissions by 30% by 2030, although this was not at issue in this case.

So it seems that Obama’s climate change fight continues relatively unscathed, for the time being. Most significantly, he has gained political capital to go forward with the EPA’s proposed rules to cut power plant emissions, which, at the time they were announced, were hailed as ‘historic’, and a momentum builder toward a positive outcome at the UN Climate Change Conference in 2015.

But despite this optimism, Obama’s raft of EPA climate change initiatives are unlikely to be a game changer, given the state of the climate change debate. This is because, although commendable achievements for Obama, their symbolism is not enough to overcome trenchant domestic opposition, and their actual effect is not – of themselves – enough to satisfy the US’s global mitigation responsibilities.

Truth is, an intractable Congress forced Obama into taking this narrow avenue to addressing climate change. To be genuinely effective, climate change policies need to be comprehensive, and multi-faceted across society: they will likely require at least some compromise from the majority of individuals in their daily lives, in industrialized and industrializing countries alike.

Yet – as the backlash against the EPA rules has shown – the dominant public debate is characterized by constant collisions between fervent climate change believers, equally vehement deniers, and economic hardliners, with each collision hindering progress and generating enough noise to overwhelm bystanders into inaction. Recent polls indicate that a majority of Americans support the EPA rules to regulate power plant emissions, even if it means increased electricity prices – but support remains divided among partisan lines, and the proof will be in the paying, and the voting.

Without adequate public understanding of, or support for, climate change action, governments, even if they have the political will to do so, have little space to explore, propose, implement and sustain genuinely effective policies.

For many, climate change policies constitute an abstract, esoteric debate, only biting at the ideological or financial levels.

Key players of the debate, such as the US Government and the UK’s Royal Society, have attempted to improve public understanding of climate change, but more needs to be done.

If I, like many, were to type 'climate change' into an Internet search engine, I am offered a myriad of information sources, ranging from governments to organisations to the media. I think a few of them have previously been accused of bias or sensationalism, but I am not sure which ones, and by whom.

From the search results, I see that a new World Bank report is proposing climate change policies that it calculates could prevent 94,000 pollution-related premature deaths annually, and generate GDP growth of $1.8 trillion to $2.6 trillion per year. I see that a new American, bipartisan report, Risky Business, estimates that climate change impacts could cost the US economy billions of dollars over the next two decades.

Searching further, I can separately find information on the impacts of climate change on sea turtles, the military, infectious diseases, and pets.

At the same time, I see equally prominent news articles calling climate change ‘the worst scientific scandal of our generation’, a ‘scam’, a ‘hoax’ and a ‘conspiracy’.

Climate change is a unique, cross-disciplinary, problem, particularly challenging to address because it conjures up strong vested interests, and requires public support in an information-saturated and sceptical age.

I believe that climate change specialists, non-governmental organisations and universities around the world can collaborate together to help to cut through noise and the ‘remoteness’ of the debate.

What we need is for them to contribute to an independent, one-stop, centralized web portal, which is aimed at the general public. It would, ideally, have a qualitative and a quantitative component.

Firstly, it would delineate the fundamental arguments for and against climate change action by discipline – science, economics, health, politics – and by those likely to be affected (farmers, the military, air travellers, and so on). Secondly, it would summarise each government’s climate change position, policies, laws and commitments. Thirdly, it would numerically rate countries on both their climate change vulnerability and actions, to expose gaps between government promises, actions and what is needed.

Most of this information already exists, in some form, out there – but it is not easily accessible.

'Climate change' needs to become part of every person’s ordinary language. Citizens should know how climate change may affect them not as a member of a political party, but as individuals – as a farmer, as a skier, as a pet owner, as a city dweller, as a parent – without the need for alarmism or sentimentality. It is not to provide black and white answers, or 100% certainties – both are simply impossible. Rather, it is to share the best information that humanity has today, at the uppermost limit of its current knowledge and abilities. Only then can humanity turn its attention to debating the important issues: genuinely effective solutions.