Anti-corruption protests in Romania: The opportunity of a generation 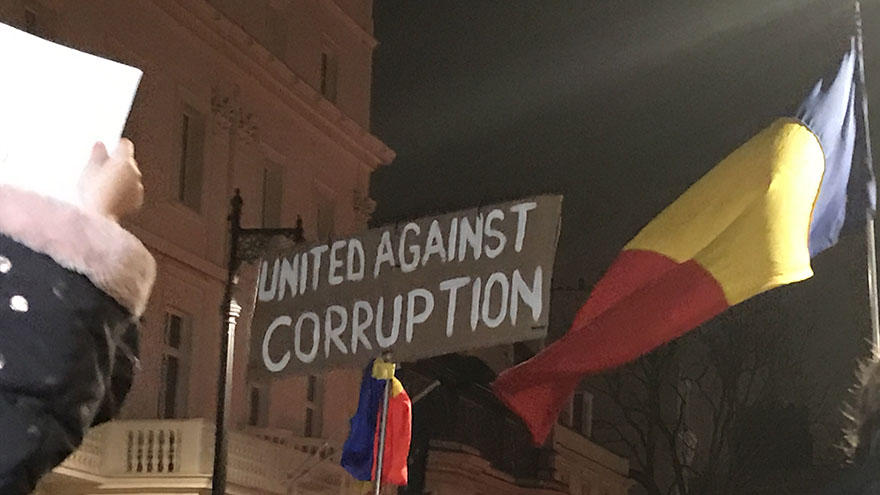 The recent mass protests in Romania were the largest since the fall of the communist regime in December ‘89. These started when the newly elected Romanian government hastily (bordering on ‘furtively’) adopted an ordinance bill in an attempt to decriminalise misuse of office. As a response, citizens have taken over the streets in a peaceful attempt to show their discontent with the government’s decision.

Romania has slowly but steadily developed a culture of protests. For the past five years, the same generation that started the 2017 movements showed their frustration with the way the country is governed and public decisions are made. Simultaneously, the country has gradually developed a significant middle class whose financial stability allows to spend time (their weekday evenings) defending political values. Last but still important, these protests are possible because the fight against corruption has become more credible than before in the past few years. Romanians started seeing justice being served and high-level corruption being punished. In 2015 alone, the National Directorate for Anticorruption (DNA) cases resulted in 302 final conviction decisions against 973 defendants. Among the defendants were a former Prime Minister, former Ministers, members of Parliament, mayors, presidents of county councils, judges, prosecutors and a wide variety of senior officials.

At this point in early 2017, the Romanian drama is that the people have finally risen against corruption as the social norm in their country, thus increasing the demand for good governance. Nevertheless, there is no adequate supply to match it – to a great extent, Romania still does not have the institutions, organisations and people to support good governance. Although progress was made towards a higher quality of government in the past 10 years, the current level is still far below expectations.

Moving forward, Romania will need more credible politicians who take on the fight against corruption to tip this balance in the quest for a better governed country. Recent research has showed that greater accountability and ‘party-switching’ is rather possible in multi-party systems where viable non-corruption alternatives gain traction. However, it remains difficult to enter politics as an independent candidate or as a new party (e.g. the number of signatures required for a candidate to appear on the electoral lists represents a challenge for most new entrants), and the decent political alternatives need stronger leadership and messages for all constituencies of Romanians to enlist the robust support.

On a more structural level, the day-to-day life of Romanians needs to embed this strong stand against corruption. It is not enough to say that, in principle, you are against corruption. One needs to act accordingly, and needs to understand that every bribe matters for perpetuating corruption. Justification such as ‘this is how things work’, or ‘this won’t hurt anybody’ need to be eliminated. Currently, only 57 percent of Romanians find offering bribe unacceptable compared to the EU average of 76 percent.  At the end of the day, the fight against corruption remains a typical collective action problem that reinforces itself through reciprocity. People act as they expect others to act or as they expect a reasonable self to act.

This surge in demand for good governance can only be sustainable if citizens remain active participants in the Romanian democracy. If politics is not the first option, easier choices are also available, for example volunteering with various NGOs around the country. A good starting point could be this one. Others may choose to support existing initiatives such as independent journalism, and identity storytelling, organisations that support citizen empowerment in urban areas or rural areas, or other organisations that have proven instrumental during the protests.

All in all, some difficult but sincere conversations are needed. The most important are within Romania, starting from the painful but inevitable discussions between parents and their children, between citizens and their elected representatives, and within political parties. It is clear that the divide between these categories is growing, and their expectations are, most of the time, inconsistent. Reconciling such divided perspectives will be nothing short of a miracle, but this is the opportunity of a generation.

Alexandra Nastase is an alumna of the Blavatnik School of Government (MPP Class of 2015). She is a governance specialist with international experience in several countries in Europe, Africa and more recently, in Asia. She currently advises governments and international donor organisations on anti-corruption and public sector governance issues.